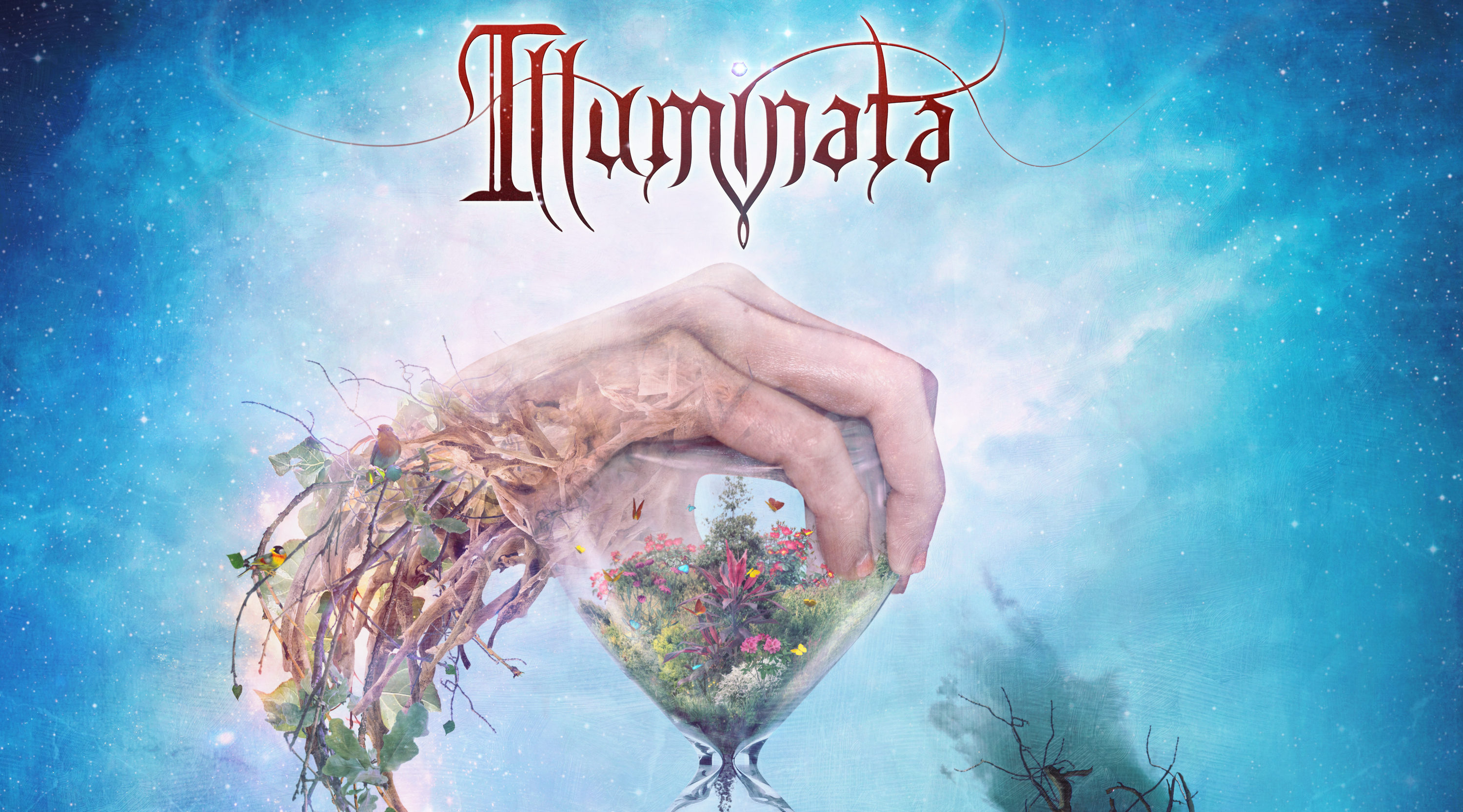 Illuminata is something of an odd band. A “cinematic metal” outfit from Sweden with a ungoogleable name, they’ve cultivated a small but devoted fanbase over the course of their last few albums and thus decided to crowdfund this one. Frankly, I’m glad they did, because it allowed them to get the god damn Czech film orchestra involved. Say what you will of the wisdom of paying for something before it even exists, it does allow a certain amount of creative freedom, and somehow I can’t imagine a small label forking over the money for an orchestra like this to a band without some major mass appeal.

And that’s never been what Illuminata are about.

The opening to “A story unfolds” (the song, not the album) sounds like something you might hear in a certain Dreamworks movie about dragons, and the training thereof. Dynamic, energetic and definitely inspired, it makes a good introduction to the album and what it’s really about: cheesy popcorn metal. There’s nothing too heavy or meaningful here, lyrically or otherwise. This is the kind of music that works best as a backing track, something to make you feel like a viking warrior during a run or add some energy to re-reading a novel on the bus. Mood music, in which the mood is “Cracking an ork’s skull with the warhammer Godstooth”. Well, at least sometimes.

This is quite an eclectic album, a mix of styles and themes that insures that there’s going to be something you like and something you hate. Personally I find myself quite partial to “Eternity of Today.” There’s something really great about metal guitar with an orchestral backing and that in a nutshell is the style that dominates this album. While they might be accused of having imported talent, or that using a world renowned orchestra as backing for an indie band might be slightly overzealous, I don’t think it actually matters. The album is what I’m reviewing, and it’s often incredible. It doesn’t matter to me who deserves the credit, what matters is that after listening to this and knitting chainmail for two hours, I stopped because my arms got tired, not because I got bored. That it made me feel like some wayward hedge knight rather than just some jackass paying for his questionable life decisions is just another point in its favor.

In terms of songs I dislike, the crown goes to “Danse Macabre”. Aside from being bafflingly out of place with much of the rest of the album in terms of style, it’s a lyrically focused song , the lyrics of which failed to interest me. With the opening cry of “Welcome to wonderland” it might have been a good introduction to a concept album based around Alice’s adventures, here it feels awkwardly shoehorned in. With its inconsistent energy and stylistic isolation, it’s one I found myself skipping more often than not.

Well, half of the time, at least. You see, this album comes in two flavors: regular and Instrumental.

The instrumental version is the one I found myself listening to and enjoying far more, and while that might seem like a slight against Johannes Berthold, it’s really only half of one (and not least because her list of contributions goes far beyond her voice).

She’s not a bad singer (abeit in an “OOOOooooOOOO0000OOOOOoo” kind of way) but this isn’t a typical band, or a typical album. The problem is that they spent a great deal of money and effort arranging a fantastic orchestral score, and it’s a matter of course that nearly everything they layer over that is going to diminish its effect. I might be something of an oddity, considering my enjoyment of instrumental soundtracks, but I’ve had a much better time with the instrumental album than the regular one.

So that’s the one I recommend. Pure fantasy metal, telling a thousand words without anyone needing to open their mouth except to blow.