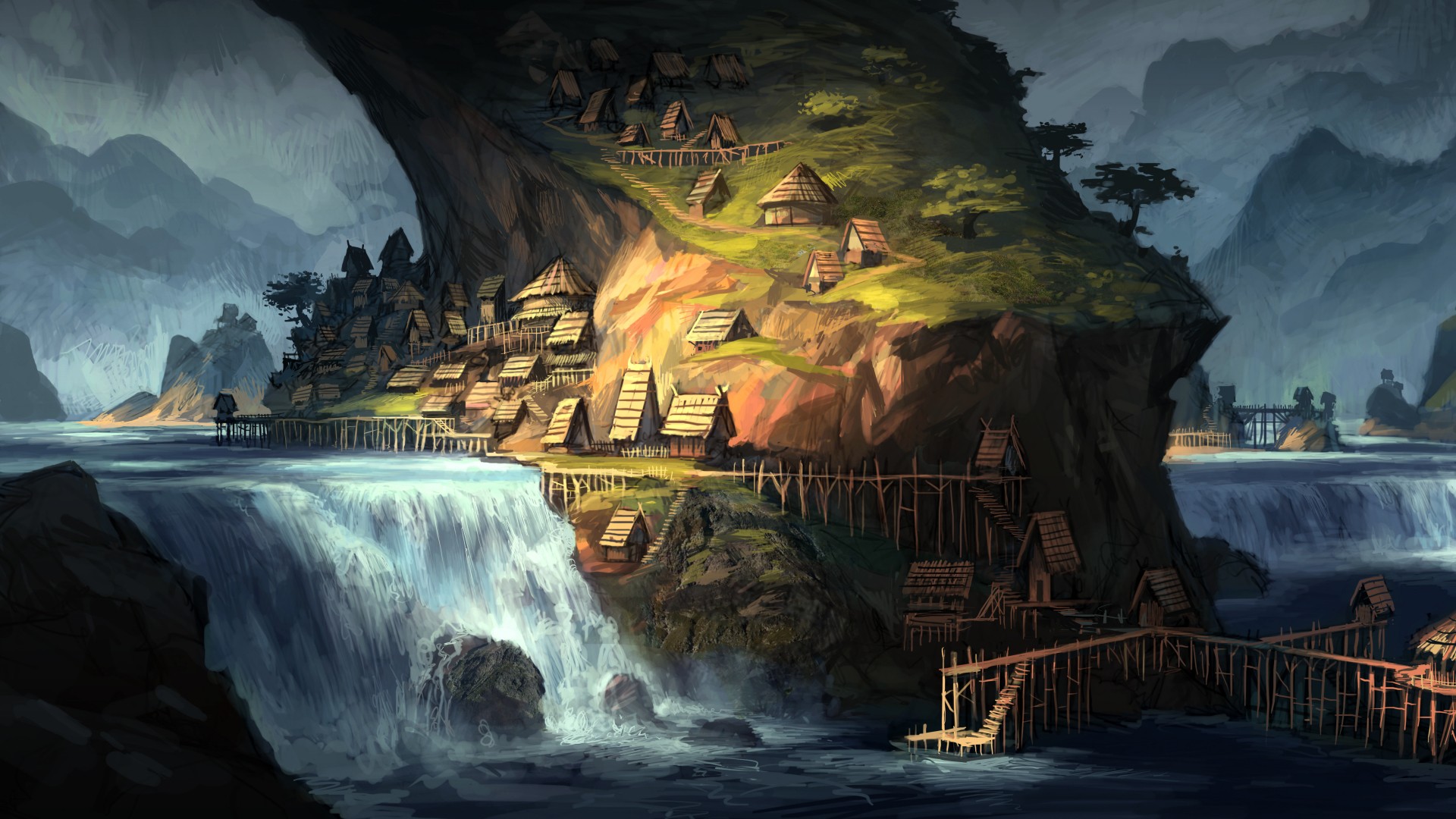 In an effort to keep up with power metal as much as other genres this year, I have decided to comb through Bandcamp each month and listen to a variety of albums pulled from it. It is my hope that by the end of this year I will reach some sort of opinion on the state of power metal. This will be, of course, subject to whether or not the album is on Bandcamp, which may only paint a select portrait but I can only do so much. In fact, Bandcamp power metal may be a smaller genre than power metal as a whole, full of unsigned and upcoming power metal albums that could be wholly different than the titans of the genre who may not even bother with the site. Perhaps we will find the next Blind Guardian or Stratovarius lying under these rocks.

“The band was known as Lycaon for a while before changing name to Wolfhorde in 2001.” Holy shit. This band has been around for quite sometime and Towards The Gates of North is their debut after being together 15 years. I sure hope it is worth it. Folk metal is often times polarizing as people can either cock one eyebrow at the use of irregular instruments or revel in the aesthetic of pipe/flute/drum melodies while dressed in traditional garb. Wolfhorde fits an aesthetic and Towards The Gates of North is for anyone whose hearts lay with bands like Ensiferum, Korpiklaani, or Finntroll. Its time to take off those shoes and run in the mud.

Genre: Melodic Power/Speed Metal. Lyrical themes:The Meaning of Life, Positivity, Love. Oh my goodness, I love everything about this. In a genre that is often rife with negativity, horror and pursuing skeletons, having a band which radiates positivity is refreshing if not at least intriguing. Because Sunrise has chosen the most blemish free variety of power metal, their self released production for Absolute Clarity is not up to par with some of the leaders in the genre. This shouldn’t be marked as any band with the gumption to attempt to solve problems with the resources available should be praised. With that said, Absolute Clarity is recommended for anyone interested in lightning fast guitars, oozing synth, and some vocal hooks which can clear away the cloudiest day.

I adore the fact that Sieglord, for all of their costumes and dedication to mythical battles reside in Cincinnati Ohio. Siegelord is also self released entity, which in the grand schemes of heavy metal is not that unique save for the fact that Ascent of the Fallen, has a remarkable production for an independent band. The ability of this band to ignore everything around and bring one into battle before an ancient city is impressive. Somewhere between the mysticism of Melechesh, the scope of Behemoth, and the sensibility of Hate, lies Siegelord, the oddest band in Cincinnati. Oh, they also have some great dungeon like synth in their backdrop but whatever. I am not biased.

Eternal of Sweden is from, surprise, Sweden. This change in name from just Eternal is probally due to the fact there are 13 other Eternals from an Argentinian power metal band to a Canadian raw black metal act. there is now one Eternal of Sweden. Heaven’s Gate is the second release for Eternal of Sweden supported by a Swedish label Black Lodge whose roster seems to be all Swedish metal bands. The local atmosphere of everything around Eternal of Sweden is fantastic as the bands music feels like a gem for anyone who appreciates power metal with a rugged vocal style which sounds like a pirate.