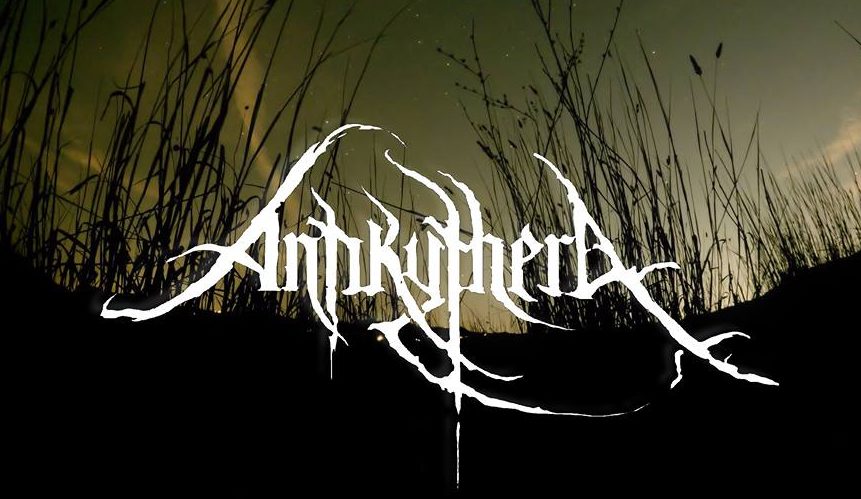 [This release was also reviewed by Kaptain Carbon]

Antikythera is an implausibly spelt word that means three things: An island near Greece, the improbably complex hunk of a Hellraiser puzzle box found on that island near Greece, and this group of musicians found on an island between the Pacific and Atlantic oceans. I’m assuming the ancient puzzle box is their inspiration, because they channel the same complexity, mystery and ancient metal as their namesake, all the while somehow avoiding getting lost in a wooden box for hundreds of years. It’s a tricky balancing act, I assume.

Musically, I’ve already given the game away. This is nothing other than one of Metal’s most under-appreciated genres: Melodic Death. There’s no time wasted on introductions either, the first track plunging you headfirst into the rapid, lively guitar work that is a hallmark of the genre, combining it well with a visceral, surprisingly cheeseless vocal range, the kind of heavy throated gravel-gargling that marks true black metal. It’s a paring that you’ve heard before, but that’s none the less impressive when it’s done right. Antikythera does it right.

Exiled from Elysium is their opener, and as a first impression it’s a stunner, bringing in the tight, bright and melodic guitar work that dominates the rest of the EP. If those first thirty seconds go by and you’re not invested, then the rest of the album isn’t going to change your mind, but there’s enough there to almost guarantee that won’t happen. It’s also a way better experience than actually being exiled from Elysium, which happened to me when I yelled “Oh Fuck off” at that scene where Matt Damon gets irradiated but only a little.

Its connection to a high budget, low concept festival of Matt Damon flavour mediocrity is as close as the album comes to the concept of blandness. As the album continues the focus on a fast pace is obvious, without anything as predictable as a pause in the harmonic assault to catch your breath. Each track feels like a constantly changing, evolving thing, progressing with a rapidity that’s truly admirable when you consider how much work must have gone into each section. For me, that’s the hook, hearing each moment within each track spinning off with a fierce kind of confidence into whatever it’ll be next, making the moments when they decide to hold onto something, be it a riff, a drumbeat or a vocal growl all the more effective. It’s the kind of thing that begs to be listened to, loud and often, and, like everything that happens loud and often, the only way its appeals will fail to work is if you were deaf. Everyone else owes it a spin.