THE DYING EARTH by George Barr 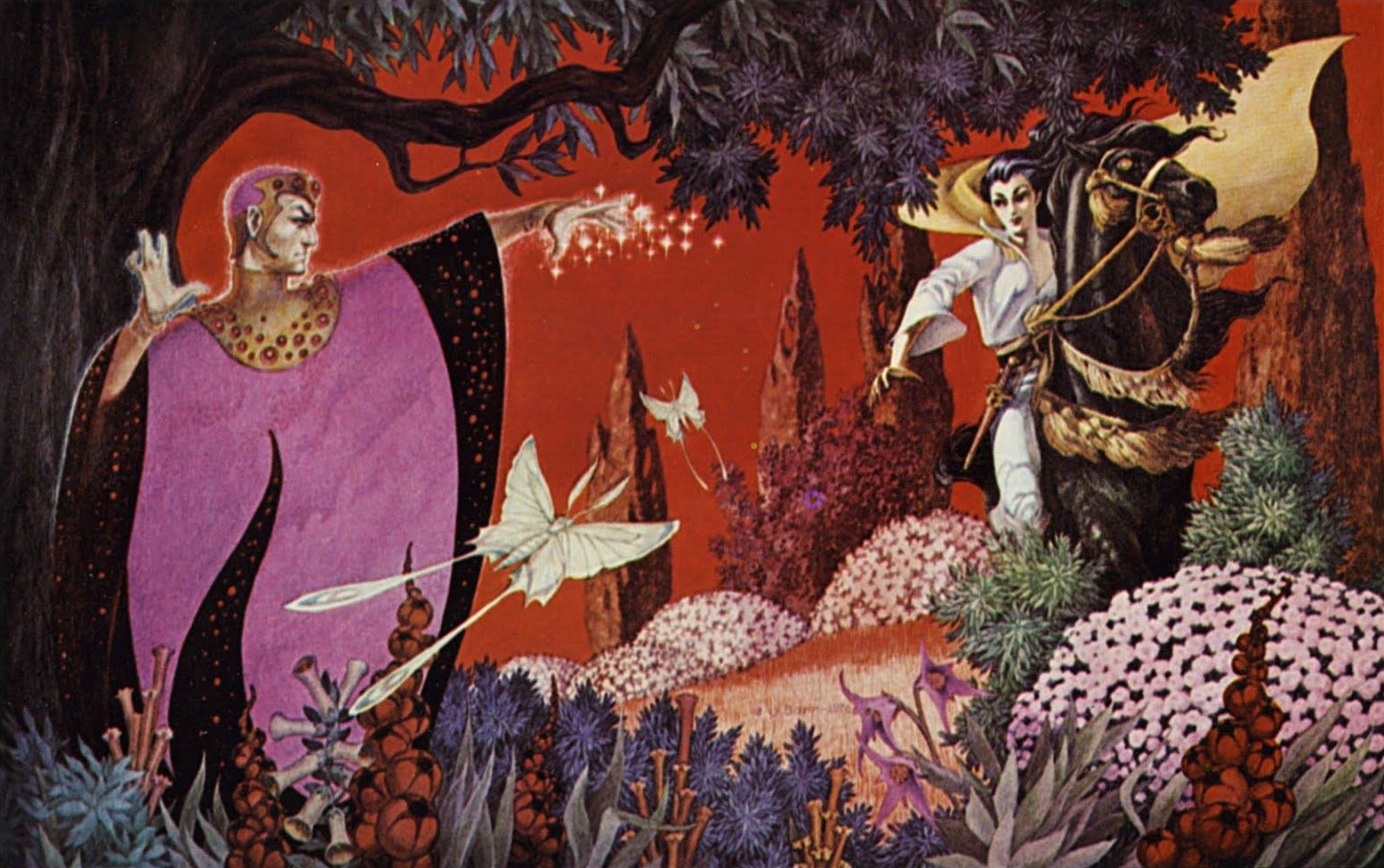 George Barr – “The Dying Earth” [1976] — This was a paperback spread for the 1976 Underwood/Miller publication of Jack Vance’s 1950 science fantasy novel The Dying Earth. Vance was instrumental in creating the small subgenre which revolved around the depletion of life sustaining resources and a civilization at the end of time where the universe itself is in the throes of death. Barr was instrumental in, well, painting wizards that are doing cool ass shit. It does not take much to impress me. 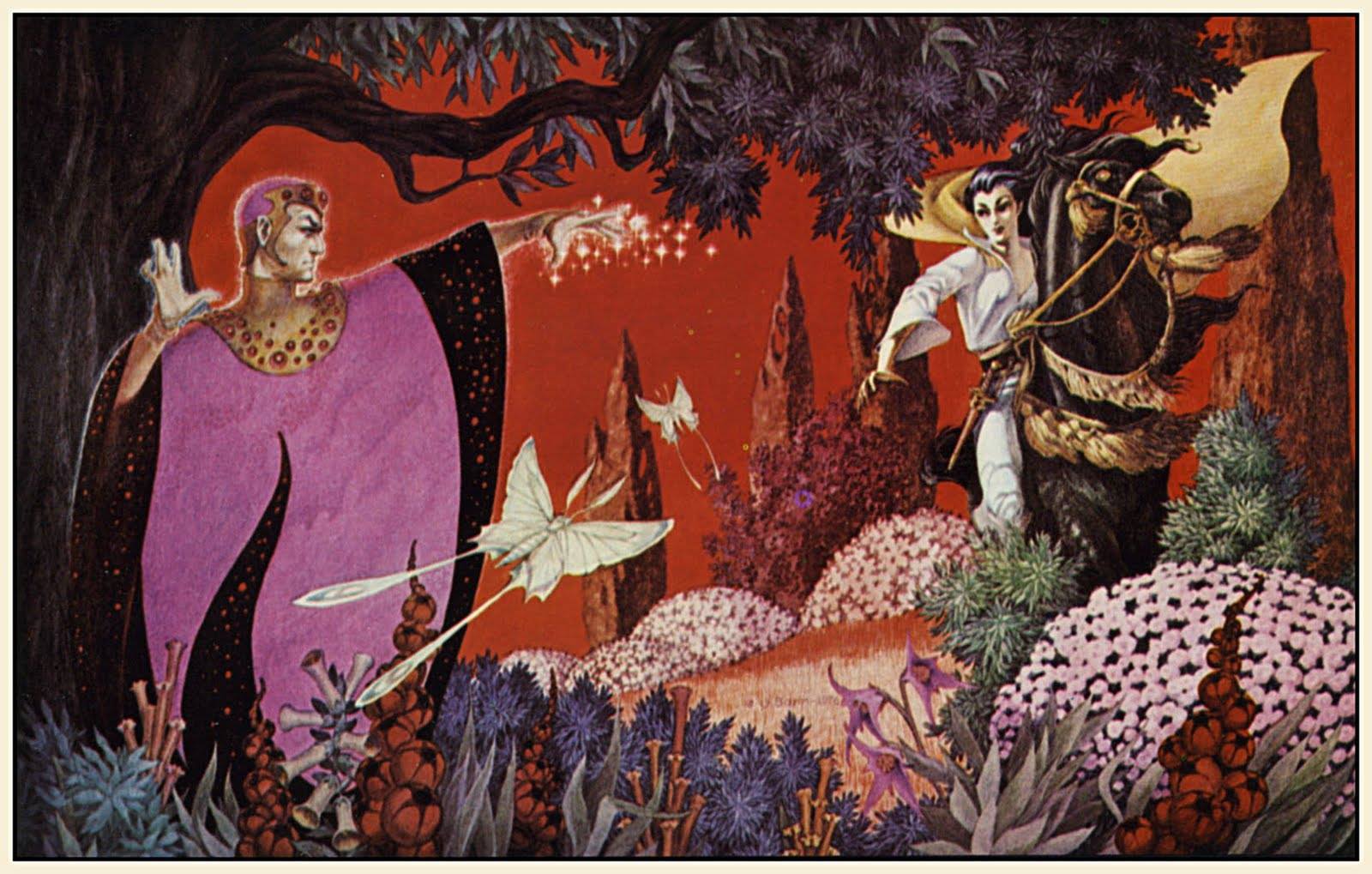