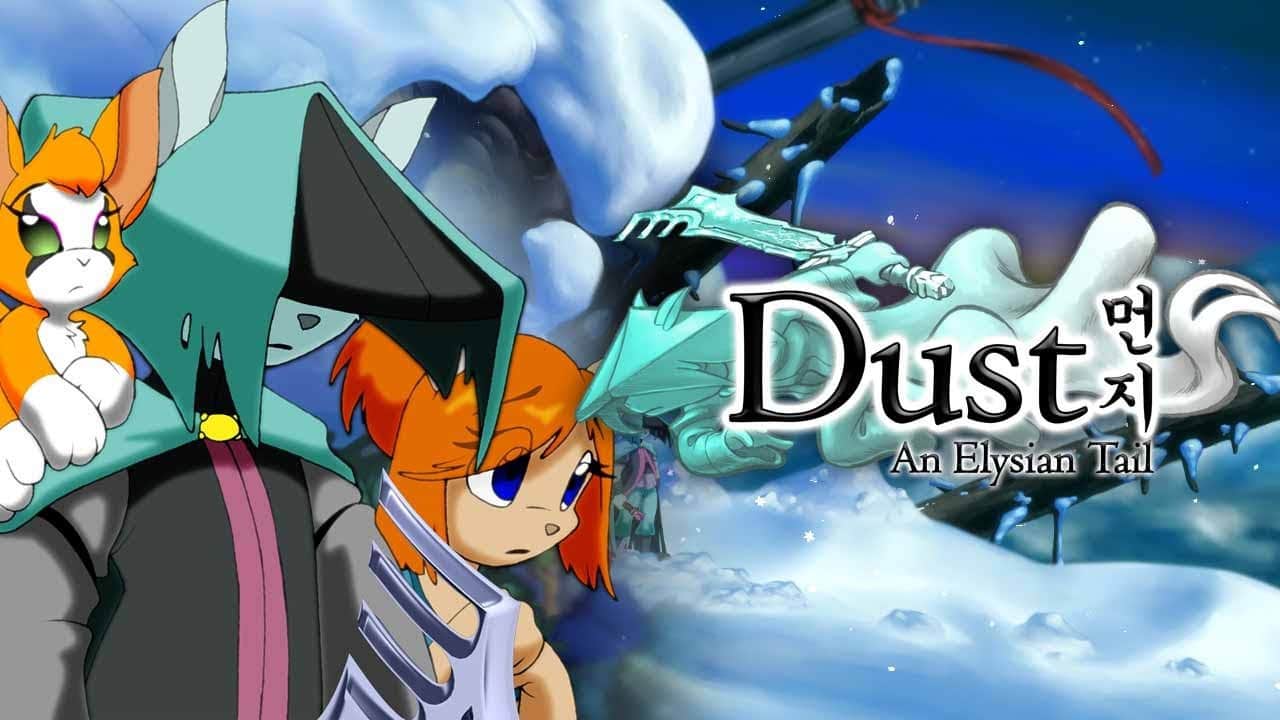 Before I start taking my customary pound of piss like some kind of urophillic Shylock, I want to start off with a bit of a disclaimer.

This whole damn game was almost all one guy. The art, the programming, almost all of the writing. It’s one dude. In the credits, they (or rather, he) address this using the “A Dean Drodill game” because anything else would force you to spend about ten minutes while the official title of every position he filled rolled past. He’d look unbearably smug, and like fucking Father Christmas, he’s too busy giving wonderful gifts to the world to be bothered about people knowing his name.

As you can probably tell, when it came to thinking about jokes that riffed off the word “dust” I had nothing. Or rather, the game itself beat me to it. The main mission is called “dust to dust” for crissakes. Which, thinking about it, sounds exactly like the euphemism for wanking I’d use if my name was dust.

When it comes to the art style, Does anybody else remember Thundercats? Dust remembers Thundercats, I’d be willing to bet. It’s as much an animation as a game, and it looks pretty clearly inspired by old Saturday morning cartoons. Specifically, it kinda looks like a mix between Thundercats, those old cinematics from the Old Zelda CDI games and Chip ‘n Dale Rescue Rangers of all things. In fact, one of the characters, Ginger, looks almost like somebody stuck Gadget in a dress. And you know she’s cool because there’s an entire Russian religion based off of her, or so I’ve heard. “I’m a Dog, Cassius. With a Beard, Cassius! How can you fight what you do not understand?”`

It’s kinda beautiful, actually. I’ve fellated that trombone about Valdis Story already, so I’m not going to do it again here, but you remember all that stuff I said about the benefits of consistent and inspired visual design? It’s all here.

All of this is set dressing, really. A beautiful Scandinavian, all sculpted muscle and bronze underwear, might might well be the most beautiful thing you’ve ever seen. But if they punch you in the junk and spit in your salad it’s unlikely they’re getting a second date (although if you’re like me, this will be primarily because they still haven’t returned your calls… Hilde).

In terms of gameplay you’re given a talking sword and a Nimbat. The sword is, well, a fucking sword. You hit stuff with it, and occasionally it stops to tell you how to do stuff. The Nimbat is kind of like Navi from legend of Zelda, except slightly more entertaining and, importantly, fucking useful to your quest. If you’re one of the three other people who played Neir, she’s kind of like Noir. She flies about over your shoulder and fires a pretty pathetic little ranged blast. Nothing special right?

Well here’s the kicker. If you use your special sword attack, the “dust storm” and fire your ranged attack at the same time, it creates a massive swarm of homing magic blasts. And then, when you realise that you can use dust storm to propel yourself through the air like a fucking guided missile, you see the problem. I turned a good, well designed little hack and slash into a game about me flinging myself through the air like a murderous spinning-top, firing hundreds of little homing manna blasts. After I figured that out, it was almost disappointing how easy everything was. Seriously, I got hit about four times in as many hours. And every time was a fucking trollusk. If there’s one thing the game could do without, it’s the fucking “QTE-by -another-name” Trollusks. You’ll know what I mean if you play it.

It’s more than a little weird. The difficulty of this game is kind of like a festival burger, if you’ll bear the fuck with me for a second. It’s pretty tasty, all put together by one chef, full of god knows how many animals and it’s soft, mushy texture is spoilt every now and again by a big lump of solid pig knuckle. If that sounds like I’m working the metaphor too hard, just imagine how fucking Dean Dodrill felt.

This nonsense aside, you’re only really left with the plot and the character’s. The plot’s about amnesia and stuff just sort of happens around you until you get a handle on what’s going on.

I can’t say too much about the characters without spoiling it, but let’s just say that the animate sword knows your terrible secret, because why would you have amnesia if you didn’t have a terrible secret, and you know he knows the terrible secret. But, of course, you keep on taking “there’s no time to explain!” as an answer. Frankly, were it me, I’d have called bullshit on that about ten minutes in. Just sat the fucker down, sighed, and said “look, asshole. I’m the one around here with arms and legs. That means I decide when we’re in a rush. How about you tell me about that terrible secret?”

It would have saved everyone a whole lot of fucking gasping later on.

Overall, it’s a rather exceptional experience. Not supremely difficult, but enough content and an interesting enough world to keep you going, even after the challenge has lost your interest.

If you’re not the type of person who’s going to get all upset about the cartoony visuals, you’ll probably have a great time.