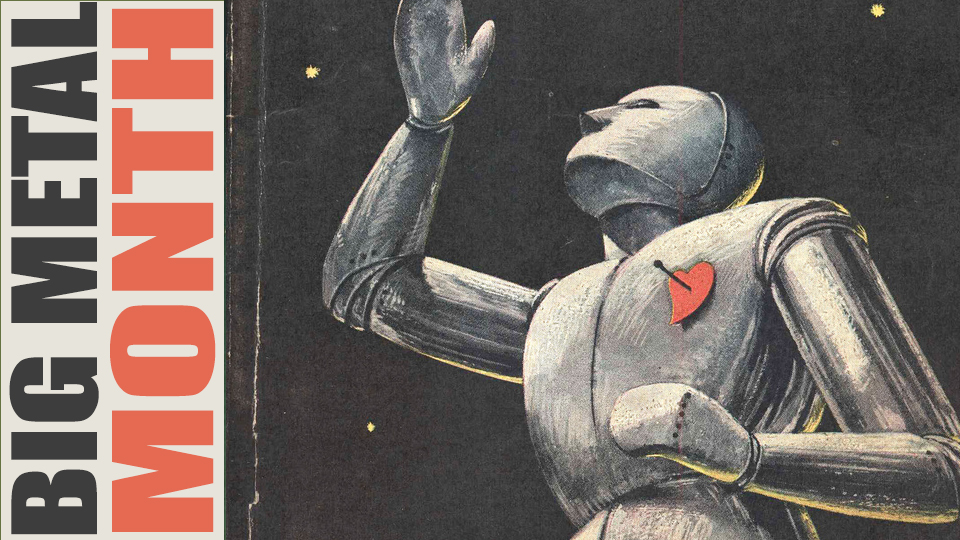 Yes! Death Metal is back unless you were paying attention to all of the other death metal for the past ten years. Aside from my hesitation with legacy acts, the newest Morbid Angel track sounds decent even though there is no room to go down after their ill fated journey with 2011’s Illud Divinum Insanus. Come hungry for death metal at the large scale buffet but don’t fill up on the bread.

Diablo Swing Orchestra exists for weirdos looking for anything new to infuse into heavy metal. With decent explorations with a swing aesthetic, the band manages to keep the circus going with a dynamic album that probably would sound a little bit better without the heavy distortion. this is also the first record for the band after the departure of longtime vocalist AnnLouice Lögdlund. Let us see if this band of misfits can keep things together.

I do not know why this is here despite it being big and vaguely heavy metal. I am sure if you were looking to was into the pools of heard rock/metal/pop metal core and probably under the age of 20, this band would be on your radar. This is whatever album from the band who has their original lead singer coming back after how many ever years. It doesn’t really matter at this point and if you are excited for it go for it but for me, this sounds like if Nine Inch Nails was told to something nicer but still kept the moody attitude.

2008’s Planetary Duality was right around the time I was really into tech/progressive metal about space and ghosts and shit. Today I have moved away from whatever cosmic specter inhabits these albums but listening to the Faceless’ new album reminds me that this band, despite playing in a very niche style for a niche audience does everything exceedingly well.

I have never been into Godflesh much but whenever I hear their albums, I am astounded that I am not super into their music as this is music for the internally depressed and despondent. Post Self is the second record since the band’s return from hiatus and continues the duo’s journey into making industrial metal always cool and always relevant.