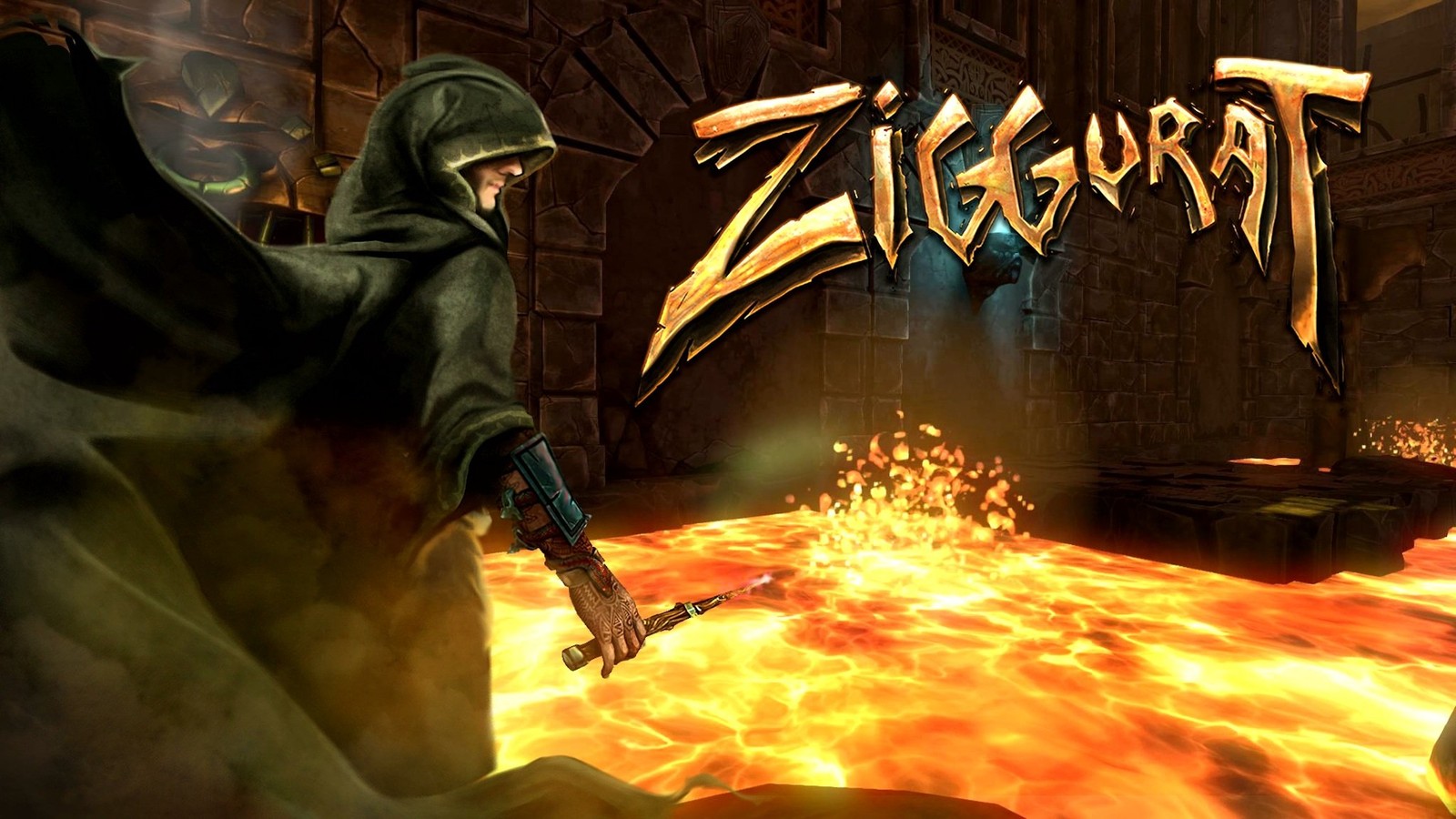 When confronted with a game like Ziggurat, there’s always the same few questions that go through your mind. “What does this wand do?” “Where am I?” and, my personal favourite, “Is that a fucking carrot with a face?”

It is. It’s that kind of Ziggurat.

Armed with just a wand and whatever magic paraphernalia you can find, Ziggurat functions in a way that’s surprisingly similar to Battlemage, while managing through clever design and fast paced combat to be much more fun. At its heart it’s a shooter, much like Battlemage was, but if that was COD, polished but over serious, then this is Serious Sam.

And the first one, none of that “second encounter” bullshit. The enemies, for starters, vary from the generic (skeleton men in hats throwing swords) to the absurd (giant fish with eyes in their mouths, firing blasts of pure electric death) all the way to the quietly nightmarish (cackling carrot people with faces like melted Nazi) that give enough variation to keep coming back, if only to find the best ways to kill them. It’s the sort of thing that often gets called a rogue-like, and here I think the title fits. You’re trapped in a fast paced and eternally random dungeon (sorry, Ziggurat), complete with secret rooms and traps and an uncaring pantheon, and there’s nothing for it but to slaughter your way free.

Admittedly, it’s not a game that’s particularly grand in scale. While lately every release and their awkward uncle seems to feel they need a crafting mechanic/ strategy elements and a romance sub-plot to be sexy, not Ziggurat. You’re a guy with a wand, in a Ziggurat. Kill shit. And it does that very well, probably because that’s the sole focus. For hectic shooting it’s up there with the greats, and provides enough variation of enemies and room types to maintain your excitement for the whole five floors. It’s the best kind of Ziggurat crawler.

Should you make it that far. The odds aren’t exactly in your favour, each floor getting tougher and more labyrinthine until you find yourself staring across a river of lava and the floating platforms you need to cross to reach your goal, and regretting all those points you put into movement speed. If this game has a flaw, it’s the random platforming elements that feel totally at odds with the nature of movement. There’s a lot of momentum and speed every time you press the keys, making platforming even harder than it ought to be. To be fair, this is a game about difficulty, and so far I’ve only encountered platforming between me and special items, so perhaps the extra difficulty is justified. This knowledge won’t help you when you fall into lava, however. Only the gods can help you with that.

They’re remarkably fickle bastards, though. True to the spirit of rouge-likes, prayer is a painfully risky ordeal, because the gods you’re paying to are frighteningly entitled bastards. There’s three options in each prayer room, pray without a sacrifice, pray with an offering of your life, or pray with an offering of mana. Making an offering increases your chances of getting something nice, but with gods there’s no such thing as certainty. Sure, you’re more likely to get a bonus to manapools or your health restored, but there’s always the chance that your wish will be answered by Papa Nurgle, and you’ll end up suffering a reduction to health potions or movement speed.

And then you die, and are presented the view of a pit as it fills with the bones of the monsters you’ve slain. It’s an idea so simple I can’t believe I’ve never seen it before, but hot damn if it isn’t satisfying to watch the stream of corpses fall from above and know you’re responsible for it.