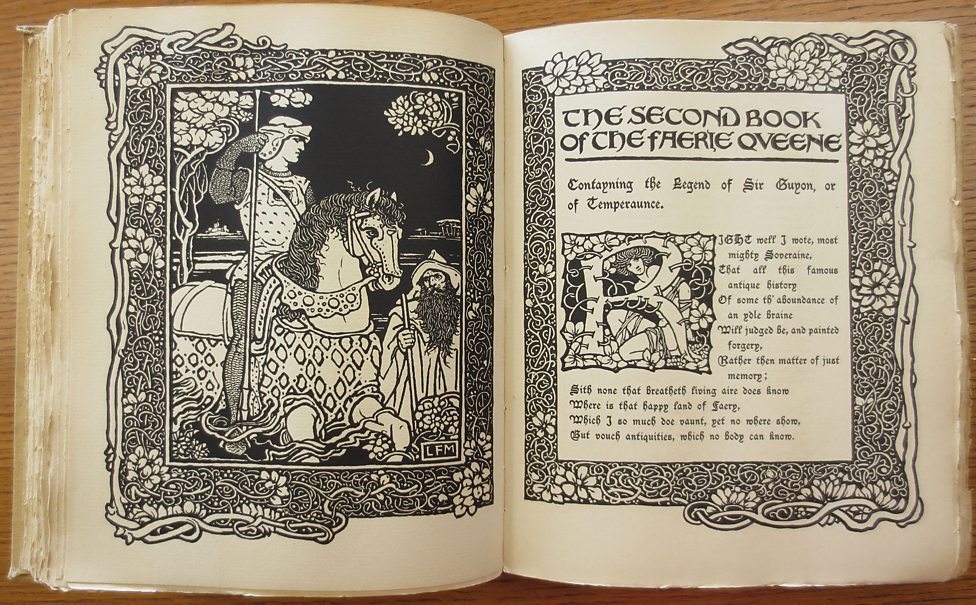 This is the first article I haven’t written after a brief hiatus from the dungeon synth. I never said I was done with the sound rather just taking a break. Suffice to say, I became exhausted trying to keep up with the sound and felt overwhelmed after doing the dungeon synth compilation with the endless stream of new music. This combined with me leaving Facebook left me disconnected with the larger scene. While I am sure there are great releases coming out, I was content with only listening tt a few every so often rather than every one. My time with dungeon synth is something that I still look back fondly even though I no longer feel the need to scour its depths. Chaucerian Myth was one of my first big artists I discovered and the release of something that I knew was being created is something which brought me back to this dungeon. Let us get back to this shall we?

Chaucerian Myth’s Canterbury Tales was one of the highlights of my career as Dungeon Synth enthusiast / chronicler. This sprawling 3.5 hour dedication to Geoffrey Chaucer’s Canterbury Tales was something no one asked for but soon found inseparable to the dungeon synth sound. It was charming, ambitious, and good natured, something that made the growing online community feel good about its weird little scene. It was an album which was humble in its approach but grand in its execution. It was before the time when there was tension between members of the community since it was too small to have any problems. I still look back on that release and the subsequent limited tape release as one of my most valued treasures of the time. Though Chaucerian Myth would go onto release other works, the same sort of magic, for whatever reason, never was the same. I dislike framing The Faerie Queen like this but I feel the same sort of wonder and fascination, while muted still resounds in the work of Chaucerian Myth.

The Faerie Queen is something that has been discussed by its creator since the release of The Canterbury Tales. I believe it was on the DS Forums, the creator was discussing doing something related to the 1591 epic poem by Edmund Spenser. the poem tells the tale of knights exposing their own virtue in quest for Glorina, the faerie queen. Much like The Canterbury Tales, the poem follows each narrator as they weave tales of righteousness and virtue. This album is divided into 6 lengthy tracks each centered around the 6 books of the poem. When I say lengthy I mean each track is averaged at 15 minutes with the shortest being 9 and the longest 30. The entire release comes in at around 1.75 hours which is less than the Canterbury Tales but still an ambitious endeavor for anyone. This preamble is all about the idea of the project without even getting to the sound which is something that is the core attraction to the record.

Compared the more experimental “The Book of Margery Kempe” which was released in 2017, The Faerie Queen returns to the playful light sound heard in Canterbury Tales with all of its dramatic moments in melodic passages. This is to be expected for its subject matter and is a welcome return for an artist which works well in long form. the opening track “holiness” is a dreamlike pilgrimage into a landscape populated by tolling bells and resounding magic. Rather than being confrontational with the lo-fi sound, the melodies of this track invite the listeners into a world populated by faded illustrations and arcane passages. Even its longest track “Chasity,” while complex in its structure never has moments in which the music is disengaging rather The Faerie Queen is delightful in its presentation only offering escapism rather than declarations.

I feel any form of music is going to speak to listeners and small musical scenes are defined by its releases. Chaucerian Myth’s journey from grand release to dark experimentation to final return to resolution is something which mirrors the heroes journey and is something which makes me feel complete with the sound of dungeon synth. While I do not think I will ever return to weekly and monthly reviews of everything released, I do appreciate these quiet moments of devotion to a sound which defined my interests for a long time. I wish everyone the best and I will be here quietly penning memoirs on a sound which I loved so much.