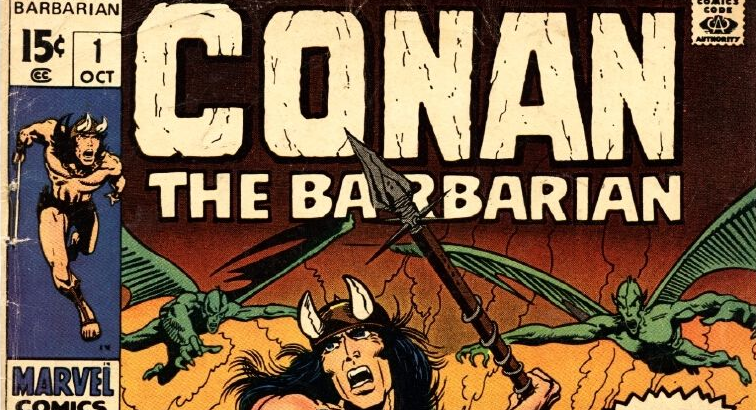 If you have been a loyal follower of Hollywood Metal, you will remember my review of the of the Savage Tales of Conan, which was a magazine comic run in the mid 70’s by Roy Thomas and Barry Windsor Smith. Savage Tales, which would later be Savage Sword, was sort of a party for the two as they were not chained by the comic code authority. Why did they do this? Well, it is hard to say, but it was probably because they spent 5 years prior making the squeaky clean PG rated Conan the Barbarian during the early 1970’s. That is right, if you are here for blood, guts, and gratuitous nudity, you are shit out of luck as Conan the Barbarian was a successful series that pit the Robert E Howard Character in respectable peril as well as opened up the world of the Hyborian Age.

It should be noted that, albeit tame, this series is fun. Though the character has become somewhat synonymous with the unchained savagery that was seen in Savage Sword, Marvel’s Comic Code version of Conan is just as interesting, albeit much different. Instead of a character that will split heads asunder and leer at half dressed women, Conan the Barbarian is more of a dimwitted yet wise barbarian boy scout who travels from place to place sticking his nose into other people’s damn business. This character has been shaped by multiple facets of media from the literary protagonist to the one almost inseparable from Arnold Schwarzenegger. The early 70’s comic run gives yet another, and surprisingly dense, plunge into a world between two great civilizations. One interesting thing about Conan the Barbarian, especially in the beginning issues, is the attempt to introduce Robert E Howard’s world of the Hyborian Age to its readers. Though the first issue only states that the time period rests after the sinking of Atlantis and before the beginning of recorded history, a nice map is introduced. In fact, the included map is useful as Howard’s fictional history is dense with its kingdoms and its parallels to other cultures. At this moment, the reader only needs to know that Conan is from Cimmeria, which is sort of like the English/Irish and he is skirmishing in the first issue with the Aesirs, which is sort of like the dark age Scandinavians. Though the comic was probably intended for boys around 10-17, Conan The Barbarian is dense with dialogue and setting. Throughout the first ten issues of the comic, Conan travels around the lands of Hyboria getting into various adventures with various colorful characters. My favorite? The space elephants trapped in a tower.

The majority of the first issues of Conan are adapted from source material by Robert E Howard.This material could be anything from stories, to poems, to just outlines. These adventures introduce our hero to hot blooded Aesirs, to man apes in the middle of a cave, and even to tiger morphing ladies named Zephra. The adventures of Conan are less about a cohesive story than a slideshow showcase of random adventures that close neatly before the next issue. If it were not for the delve into high fantasy and the need to track Conan’s adventures throughout the lands on the supplemented map, these issues of Conan could be taken with much more levity. In fact, I believe that is what they should be. Map of the Hyborian Age that comes in the back of each issue plus a wall of text that also come inside each issue.

Conan, as a world, is much different than other superheroes that shared the same Marvel roster. Because of the separation, there were very few instances where other Marvel characters could travel to the Hyborian Age as easily as the X-men, Fantastic Four, or the Avengers could do with each other. Aside from the fleeting reference to Kull the Conqueror, Conan as a crossover franchise was not as flexible as other titles in terms of crossover. The fact that this series ran for over 275 issues and 12 annuals just on its own is near amazing. Compare the longevity of this series with Advanced Dungeons and Dragons, which ran for 36 issues before limping into a dark hole.

Conan the Barbarian can be as serious or as silly and needless as one desires. Conan the Barbarian is a fleeting hero that is picked up and put down in an afternoon. The Marvel run, which is without Conan’s usual blood and nudity, works fine and seems even better able to channel everyone’s inner 12 year old living in the Midwest circa 1971. It is summertime now and forever shall you be a part of the world of Conan. 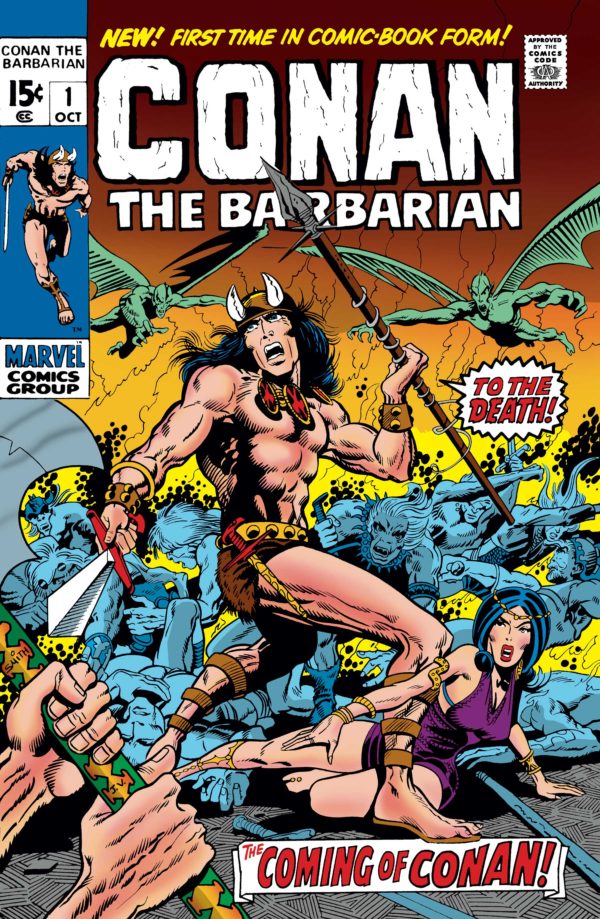