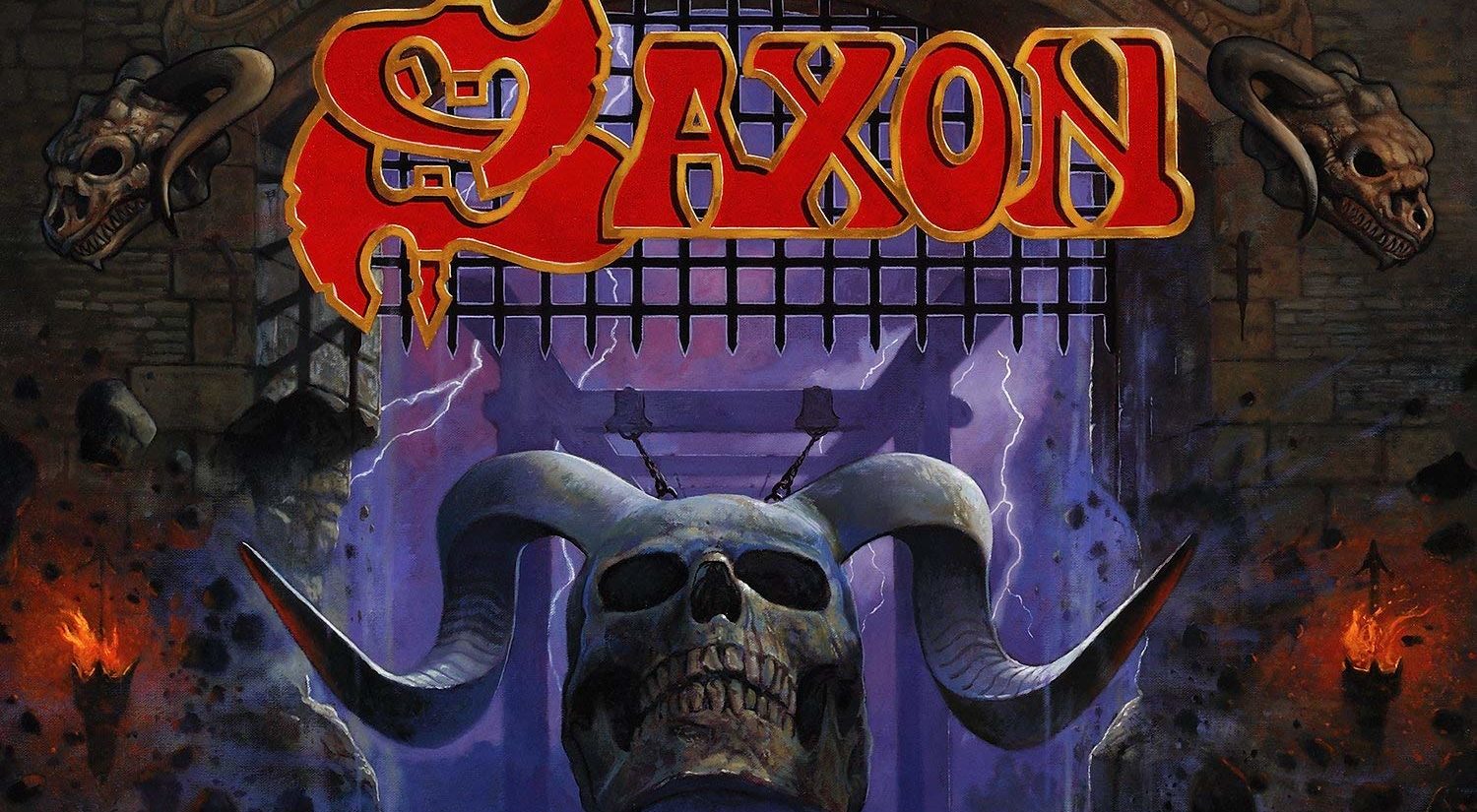 It’s been an unusually good year for fans of the classics, what with Motorhead, Maiden and Satan all releasing new albums. Now, with Saxon’s “Battering Ram”, English Metal’s suddenly looking a lot like it did in the eighties, which will probably make a whole lot of middle-aged men happy. It certainly did that for my old man, harking back to a happier time when he had less wives and more hair.

I came into Saxon flying blind, I’m ashamed to say. As a feckless twenty-something, I can’t tell you whether this is better or worse than their first album, just what they’ve gained or lost since the glory days or exactly how it compares to hearing them live in the backroom of a Doncaster pub in 1977. If you’re lucky your dad might be able to, but probably not with very much accuracy. Beer was 50p a pint back then and he’s only human.

What I can tell you that I had a bloody good time listening to it.

Immediately I was reminded of Iron Maiden, with the album’s title track sharing a whole lot of the same feel. The scope, the riffing, the faint echo effects on Biff Byford’s voice as he cries out the final chorus, it all comes together in that brilliant old metal way that somehow fell out of fashion around the same time we stopped thinking about the war.

Speaking of massive international fights, “Kingdom of the Cross” stands out weirdly as almost a piece of poetry about the melancholy of World War One, and as such seems to have very little to do with the rest of the album. I don’t know whether they wrote it years ago and wanted to put it somewhere or felt an obligation to mark the anniversary of that time Europe kicked the shit out of itself so hard we promised never to do it again (until we predictably forgot twenty years later). Regardless, it sits rather uncomfortably in the flow of the album, especially considering its morose sensibility is immediately severed by the overwhelming energy of “Three Sheets to the Wind”, a Guns’N’Roses style anthem that injects much needed energy even as it reinforces “Kingdom of the Cross” as the weakest song on the album. The only evidence it belongs on the same album as the rest is its resemblance to “Queen of Hearts”, but even that feels far stronger thanks to its interesting heavy rhythm sections and the masterful use of distortion around Byford’s voice.

Despite this misstep, “Battering Ram” stands on its own as an excellent example of Saxon’s enduring appeal, and for a new listener it’s certainly an album I’d recommend. As such, I have a hard time imagining returning fans will find that much to complain about, but you know what they say: I wasn’t there.