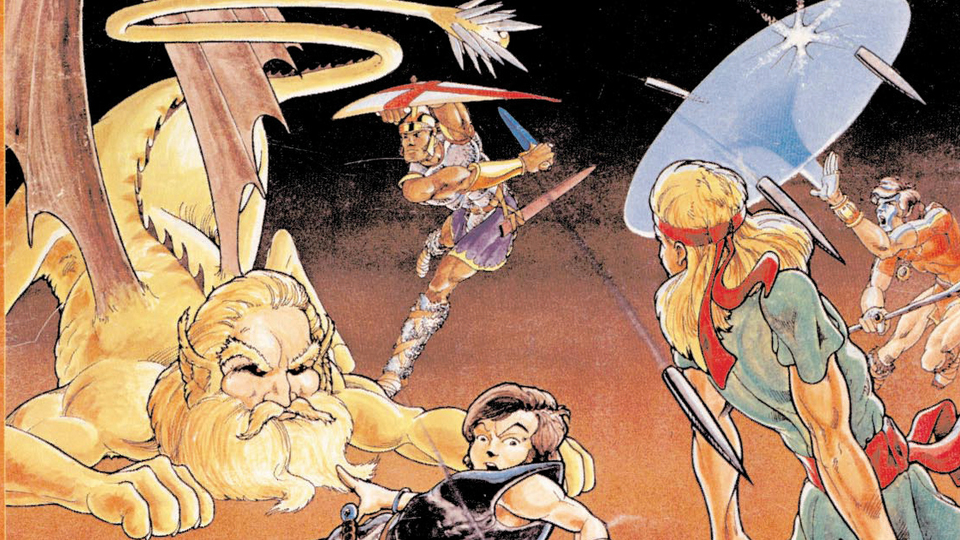 A few months back people were discussing and even fretting about the influx of new artists into the dungeon synth scene. This is natural as what was a steady growth quickly grew exponentially with a few high profile articles and promotional spots. This lead to discomfort for some and excitement for others. I believe I have been quoted many times discussing the new arrivals of artists and how wonderful it was for the genre. Since doing this monthly feature for a few years, the new arrivals on the Bandcamp page is a barometer for the amount of material coming into a scene. I believe this is the first time I have noticed a lull in new material. At least back to a normal level. As you can see with the selections here, there still is no shortage of quality dungeon synth releases rather the genre, in my opinion, is returning to its original form of fantastic and slightly obscure. Part of my interest in dungeon synth is to also watch a culture in real time go deal with its own obstacles and I believe dungeon synth has grown as a genre having dealt with its spike in popularity.

The cover for this digest comes from the famous Dungeons and Dragons Module: White Plume Mountain. Published in 1979 and set in the world of Greyhawk, this classic dungeon crawl sees adventurers literally running around a magical volcano on a magical scavenger hunt in search for three sentient weapons. Players had to throw away any prejudice they had when it came to what creatures could dwell inside a dormant volcano as typical ones included Ogre, vampires, manticores, and fucking sea lions. Sure why not. The module’s cover was illustrated by Jeff Dee who co created Villains and Vigilantes, a superhero themed RPG in the early 1980s. There is history both in the talent for White Plume Mountain and the art which looks fantastic as much as it does ridiculous.

Vinter’s debut represents one of two fantastic releases from a US composer interested in hazy ambience. Designed as an experimental conjuring, each of the tracks on both rel releases easily allows listeners a chance for immersion as the tones and textures of each track creatures its own world of wonder. I was taken by not only the releases by Vintir but also the relative humbleness of the presentation. In absence of grand storylines and mystical album covers is a fantastic album with fantastic songwriting.

Winterblood is an Italian artist who has decided to release pretty much all of his material in one month. I signori oscuri (the Dark Lords) is one of the more complete records originally released in 2015. Compared to the lo-fi dark ambient works and even 8bit demos, I signori oscuri exudes a wintery atmosphere which is both enticing as it is alienating. Similar to the already discussed Vinter, Winterblood rests on the minimalist angle with sounds and tones filling the space making the absence of sound just as interesting at when it is filled. With songs that stretch into the 10 minute range, the patience of Winterblood is a strength as songs become sabbaticals in ice kingdoms.

Lux Viridis is a newcomer in the dungeon synth scene who even gave thanks to artists like Utred, Forgotten Pathways and RævJäger in the Bandcamp page. I wonder if I will see the day when people thank Lux Viridis for their inspiration in making albums. I am assuming Ö is a demo as it has tracks from an upcoming record. If that is so then Ö is a fantastic demonstration of talent and strength from this Ukranian artist. Not only does the artist nail the aesthetic but both tracks are filled with intrigue and wonder which gives me hope for a full length.

This is it. If everything checks out then this is Greek dungeon synth inspired by greek myths. I do not even care if this artist maybe from Ohio, Golden Fleece pivots to a marvelous new position when it comes to theme. Though High western fantasy has always been a source of inspiration for dungeon synth, the fantastic worlds of cultural mythology are more than enough for high adventure. With a wonderful start, Golden Fleece has the right moment to start down a yet unblazed path for dungeon synth.

Edelst Gate is a record label based out of Hungary which seems to support Wayfarer and Wayfarer side projects. This maybe a label for Wayfarer released material and if that is the case, then I am completely on board with everything. With the same icy atmosphere of most so called winter synth, Wayfarer adds a healthy dose of melancholy and low fidelity to the process making it a surreal experience on barren peaks frozen with frost. Wayfarer also retains the black and white aesthetic of dark ambient making it a release which both looks like black metal and sounds like the crying of a thousand dead. This label also supports another artist by the name of Inoriand whose record Frozen Memories continues this labels pursuit in reaching the end of the world and the apex of cold.

Foreshadow is strange. Well, just listen to this. See? For a demo, Foreshadow certainly throws away all pretense of mystery as the introduction for this project comes on the backs of a thousand riding elephants. Both bombastic in nature and grand in scope, the first demo for Foreshadowing…foreshadows…future releases that will probably play out like three act plays with finales and overtures. If I were to say I was not at least intrigued by the possibility of future madness from this artist I would be a liar.

Dark Past is a dungeon synth record on a metal label based out of Australia. If I were to take a guess, this is a side project for a metal band named Inhumane. Dark Past is weird and interesting since the quiet minimalistic melodies for this project contrast the black/death explosion of its parent band. Whether or not this project was intended to be entirely serious or thought out, he results are astounding with a record that is both intriguing and entertaining.

There will be a time when I tell my grandkids or just random children in the grocery store about music in my day. They will roll their eyes when I tell them about weird noise/ambient labels that put out records at the speed of Satan. They will not understand the true depths of depravity dark classical could go without hearing it first hand. This new split by two perhaps mad composers cements Moonworshipper as the label everyone crosses the street to avoid eye contact. Truly weird and sinister.

With the amount of things happening within this album, it is amazing that it is not bigger than what it is. I’m am sure there are people who would love the sound of tribal ambient which mixes with low level dungeon synth. I can also see how people would not be so adventurous to travel out this far. If they do however, they will find a world full of primal energy which reverberates off of stones and moss and the thousands of creatures in the forest floor.

I believe it is time to get weird. Ritual ambient is not something that is far from dungeon synth and if you poke around the styles catacombs, you will find dirt pathways to strange forests. Devilforst is a label that has been noted for quality and the release of IMPERIVM LVCIFERI’s self titled record continues the tradition of working within the style and also on its periphery. Both a tribute to old industrial / noise / power electronics with a firm foot in today’ style, IMPERIVM LVCIFERI continues the exploration of noise and drone to its own heavy irregular beat.

Where were you on Monday August 12th 1996 when Meuse / Retour” was performed on French radio? Did you miss it? Well you are in luck as the ambient / piano drone composition comes for a cassette reissue for collectors and by collectors i mean the few people who are still here. This is less a discovery of something that would appeal to everyone and more an artifact of experimental electronic music back in a time when it was even less accessible. Playing to a select audience the hums and drones of the composition cast long shadows and care the bejesus out of anyone listening.

What sounds do you think would fit “Six tracks inspired by the myth of the Hollow Earth, a subterranean journey in the bowels of the Earth”? Drone? Noise? Ambient? How about grime ridden synthwave which sounds authentic in its analog glory? Iter Subterraneum is dungeon synth in spirit as it is an immersive journey through synth landscapes with large inspirations from fantasy. Once you get down to the niche sound of the album though, you will truly appreciate the difference.

I enjoy seeing bandcamp pages with my picture being the only indication someone else came and stumbled on this type of weirdness. What Awarth a Faelas lacks in visual presentation, this US artists makes up for in no holds bar oddness. Dungeon synth, ritual ambient, and horrid vocals overtop of organ make up the main feature for this horror show of sounds. Add to this the fact it is centered around Tolkien and one has a mad man singing obscure Tolkien songs from books few people have read.

It takes a special record to be the last entry in the digest. When structured from most accessible to least, the last one is usually reserved for the weirdest. Vagor is not weird comparatively though the fact it is a proud member of the dungeon noise community. Whether or not the joy or some or the ire of others, this niche style of a niche style is gaining attention both for good and ill. What I find interesting about Vagor is the abrasive atmosphere on soft melodies making it feel like a quiet day in some idyllic field just with the edges of one’s vision fading into blackness. Dungeon noise is an interesting field since it not only has the ability to experiment with something that seems diametrically opposed but also to cause many to take opinions on its very existence.