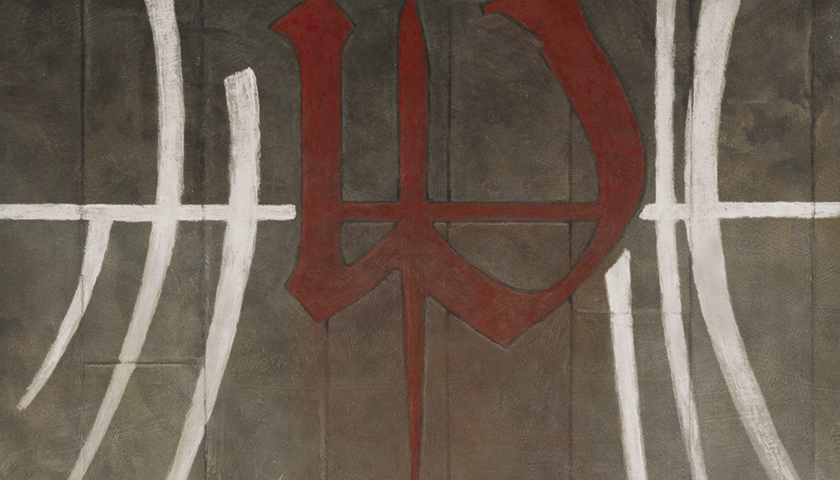 Well, here we are with Enslaved and boy do we have a lot to talk about. Enslaved is fairly new to me meaning that aside from this Norwegian band being monumental in any black metal list or article, much of their post 2000’s work was vague to me. This came in conflict with the band’s continual popularity with each of their records. Last year I feel backwards into the band’s discography working my way from a frosty viking black metal band into a psychotropic warriors plunging their way through a wild progressive landscape.

E is the band’s 14th record and continues the path towards, well, everything. Even though the band has always been shaded differently with their focus in Norse mythology and culture, it wasn’t until the early 200’s when this group started to walk off into the distance. Since albums like Monumension in 2001 and Below the Lights in 2003, Enslaved has been continuing the trek into the strange worlds of spirituality, nature, existentialism, and the esoteric. If anything I said sounds a bit lame and overdone, the success of Enslaved is doing those very things tactfully and with resounding success.

Looking through the lyrics for Enslaved for their newest record is like wading through an vision quest where psychological archetypes are pearled on even more abstract ideas. Songs like “Sacred Horse” profess things like “One for sight/ Two for flesh / Three were the norns / Four corners of the worlds / Five the number of a man / Six one two and three/ Seven streams of blood/ Eight-legged child of Loke.” In a style where lyrics can be a selling point or something that is easily ignored if needed, a band which crafts their lyrical themes even though half of them are obscured in growls is very much appreciated. The band’s care for its aesthetic mirrors their care for music as E is very much striking the balance between progressive exploration and accessibility for large audiences. The tension and groove of songs like “Feathers of Eolh” shows a type of progressive nature that can be interesting as it is continually explores new horizons. At moments in E, the band reminds me of a harsher Pink Floyd or if Pink Floyd incorporated black metal moments within albums like Meddle or Atom Heart Mother.

Ridiculous comparisons aside, Enslaved ability to incorporate technically proficient and showcased rhythms with esoteric themes without becoming self parodying or self important has always been one of the band’s strongest attribute. Listening to this record and getting back into the universe in which the band’s albums revolve like satellites was a surprise and experience. By the swooning horns of “Hiindsiight,” I can sit back and enjoy something I normally do not seek out on my own. While I have been honest in my lukewarm reception for progressive metal, Enslaved has always been an exception as they have always walked to their own weird beat.