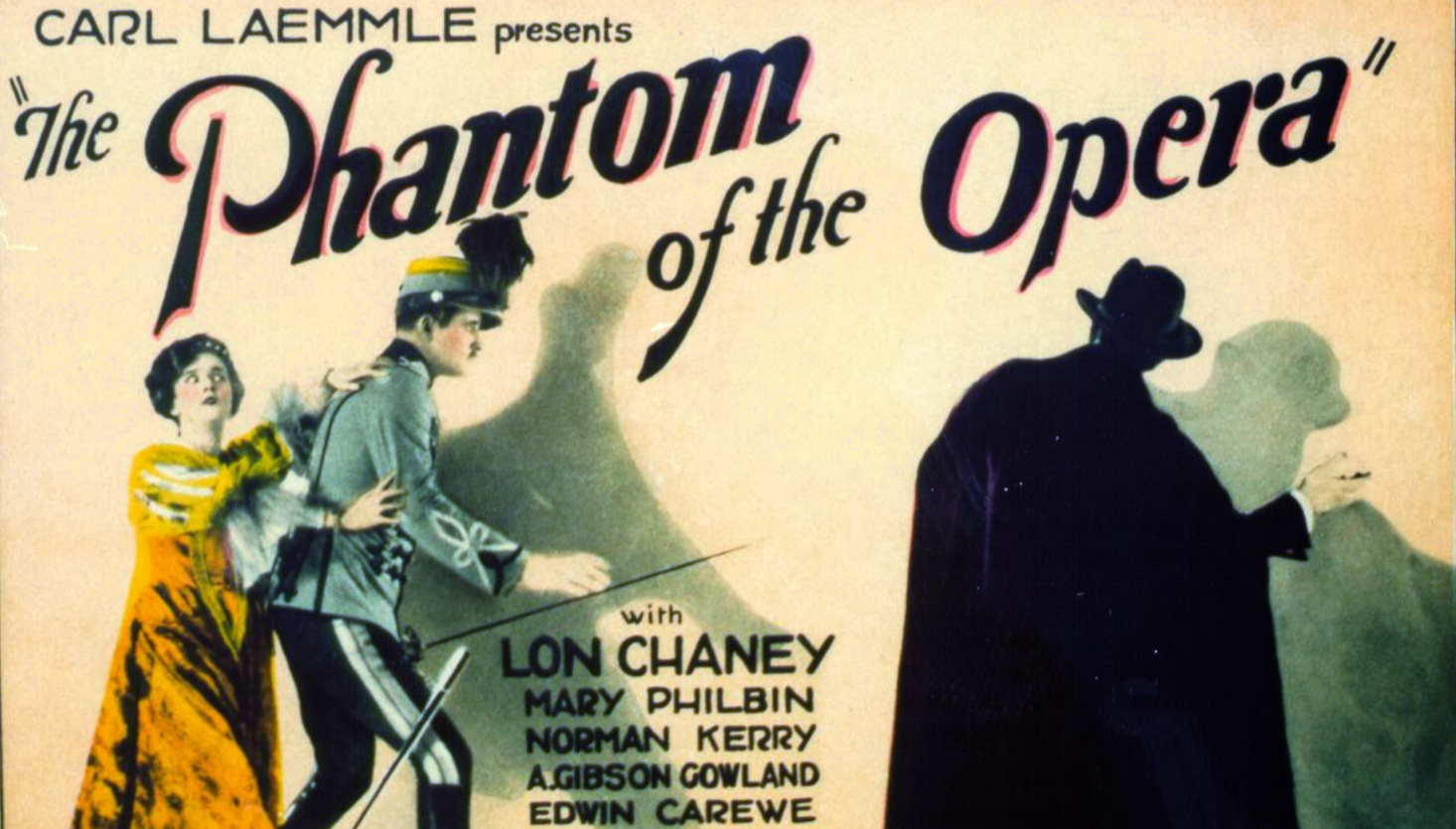 The 1925 silent film Phantom of the Opera stands as an important film in the horror genre despite it not really being close to the first horror film created. Several instances of what would be horror in film were already made by this point in history, including George Melies Le Manoir du diable in 1896, F. W. Murnau’s Nosferatu in 1922, and Japanese experimental films like Shinin no Sosei. Phantom of the Opera, despite not being near the genesis of horror film, still stands as one of the most iconic milestones in monster style filmmaking. The film, and its lead star Lon Chaney, have become entwined with the birth of what would become known as the Universal monster group. This is impressive seeing as the 1925 film was almost never made and, in terms of editing by contemporary standards, is a disaster.

Long before it become inseparable from romance-obsessed high school girls, the Phantom of the Opera was a gothic serial written by Gaston Leroux. Leroux’s other accomplishments include one of the first locked room mysteries, The Mystery of the Yellow Room. Spoiler: it was the butler dressed up as the mother. The Phantom story told the tragic romance between a mysterious denizen of the Paris Opera House, Erik (known as the Phantom), and a young understudy in the production of Faust, Christine. The bulk of the story takes place within the opera house as well as the surreal underworld that lies in the cellars. The Phantom story has become famous for themes of unrequited love, societal scorn, and an allegory on what not to do to impress a girl. As a story, the Phantom arc had everything that appealed to readers in 1911. Intrigue, romance, terror, and silly masks all made this story interesting enough to become a vehicle for the actor Lon Chaney. Yes, the classic love story of love unrequited within the torture chambers which lay underneath giant opera houses.

Despite being in over 160 films, Lon Chaney’s legacy and most memorable films came during the last ten years of his life, where his acting skill were paired with his progressive makeup experimentations. Chaney’s inventive take on makeup lead to celebrated roles in the Miracle Man, the Hunchback of Notre Dame, and the Penalty, as well as one of the most iconic skull faces in film with The Phantom of the Opera. Chaney’s face was supposedly a major source of terror for the audience when revealed within the film. I can not confirm this claim, though people in the early part of cinema were pansies when it came to scary things on film.

For as legendary as the Phantom film is, it is a hodgepodge of different versions, re edits, restorations, and rewrites. The film went through three different directors and swung from gothic horror to romantic comedy to something in the middle. The silent version of the film still exists, though the later sound version has altogether been lost. There also seems to be various prints of the film, which have elicited more confusion. For as bungled as the production and preservation of this film was, it is a miracle that it survived at all in mostly coherent quality. It is something else entirely that it also provided a legacy for more than a century. To be honest, this is what I would do given enough time away from everyone. Just get really good at the organ while becoming more creepy.

It is difficult to sell someone on a silent film if one does not have the patience for films without dialogue. The acting in the film is understandably exaggerated and the score (depending on which one is used) is incidental. The famous unmasking has been mired by a century of spoilers, which has erased the initial surprise of the film. Despite these drawbacks, the Phantom does hold some weight as a cinematic story. The Phantom, though hideous and sort of an unsociable asshole, is a melodramatic allegory for numerous social ills. Though the character does end up being beaten to death by an angry torch bearing mob, there exists threads of humanitythat would later become the pillars of the Andrew Lloyd Webber musical adaptation. The Phantom could be anyone given the wrong set of circumstances, obsession with normalcy, and intricate knowledge of Opera house passageways.

Chaney channels the humanity behind ugliness used in earlier films like Hunchback of Notre Dame and makes the Phantom a sympathetic monster. This is important as the 1925 film still casts the Phantom as the villain rather than some tragic anti hero in later adaptations. The costuming and set design for the film, including the Phantom’s red skull outfit for the masquerade ball, are exquisite and the full mask that ironically is used to look more human is way more unnerving than what lies beneath. This fact would propel later monster films with villains as a central draw device with protagonists and the narrative thread less mainstream.