HELLOWEEN – Straight Out of Hell 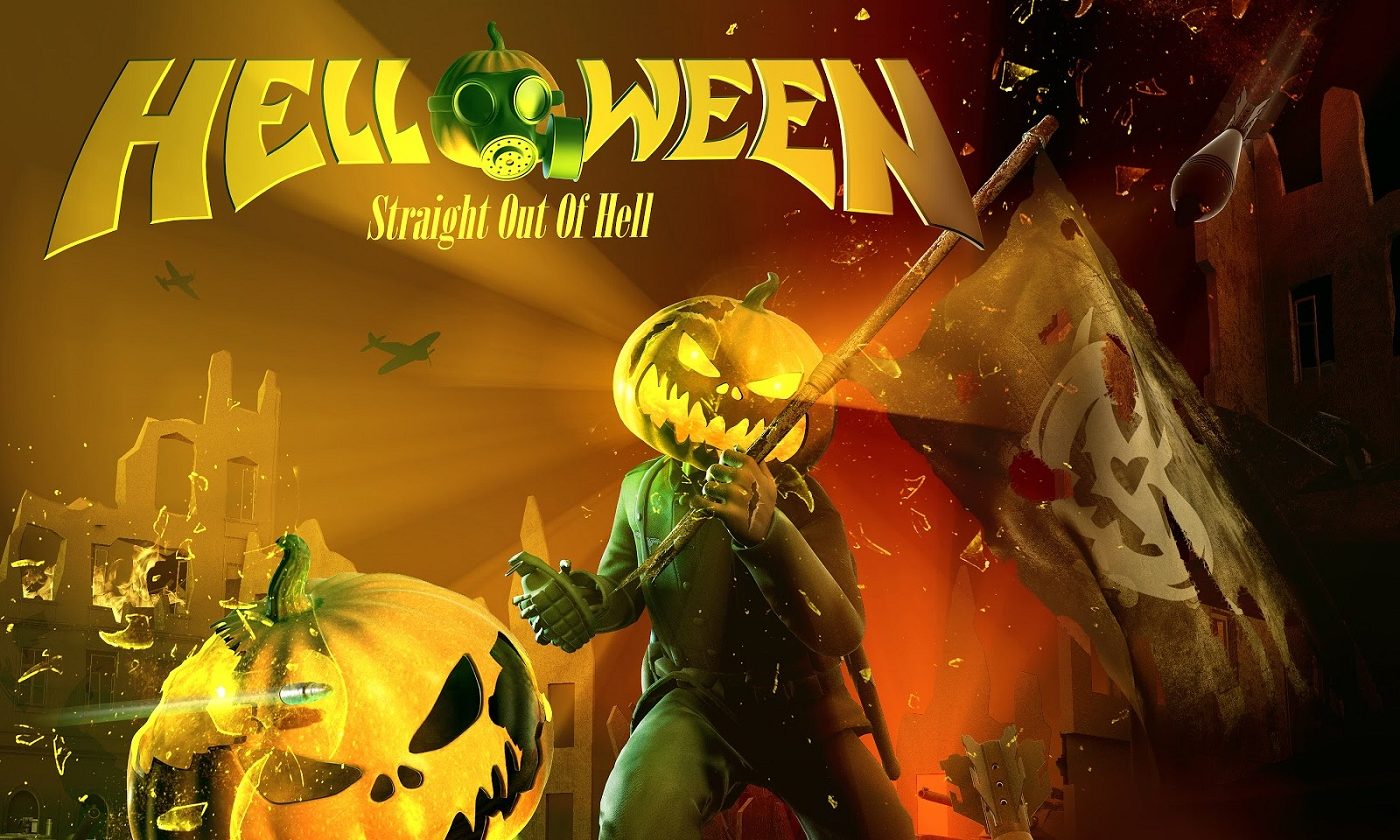 Where to start with Helloween? Where to start with power metal in general. Unlike Manowar or Rhapsody of “Dragon’s Breathe” Fire “Eternal”, my knowledge of Helloween does not extend much past their generally agreed upon classic records. Keepers of the Seven Keys Part I and II are eternally enshrined in the hall of heavy metal essentials. Those two records, for the time and place, are phenomenal and godlike and because of this, few people travel beyond its golden gates. I do not intended to understand everything Helloween has gone through, I am just trying to get a foothold on what I am hearing now.

Helloween has had numerous lineup changes throughout their career. One of the largest and earliest was the departure of lead guitarist Kai Hansen following the release of Keepers of the Seven Keys Part II. Hansen’s departure triggered an era of changing and unsuccessful styles which triggered more band departures and even more style changes. Helloween, for the most part, has always been in constant flux and, at nearing 25 years, has never really had a steady foothold. Straight Out of Hell is the band’s 14th record and it’s third with a consistent lineup. Perhaps I am hoping for the best of this band. Because they seem to have gone through hell and deserve a decent record again.

Remember in the last closing sentence I was talking about a decent record? Well, this may not be what I wanted. However, Straight Out Of Hell does contain some undeniably great sections, which are chained to the foot of some of the more embarrassing tracks I have heard from the band. If Helloween is striving for a polarizing record they have done a fantastic job. From the alright but not that great cover to the baffling track list, I still do not know what to goddamn think and feel.

I might as well get the bad things out first. Straight Out of Hell contains a selection of cringe inducing tracks which tarnish the memory of the pioneers of epic power metal. I know this may not be saying that much, given band’s foray into commercial pop, but they are still pretty terrible. The worst offender is “Asshole,” which combines an ineffective synth over top a poppy and venomous payback song. The negativity within Helloween’s music can be used to its favor at times but “Asshole” feels pithy and unneeded. The same composition also mires “Live Now,” “Wanna Be God,” and “Hold Me In Your Arms.” This pop middle ground direction is mediocre if not borderline offensive. Power metal does not have to be about dragons and wizards all the time but it has its place and reason. Despite the obvious tracks which urge the listener to stop the record, there is a shining power metal silver lining.

The reason for my dilemma is Straight Out of Hell does contain some songs that remind me of small portion of the Helloween I once knew. Songs like “Far From the Stars,” “Burning Sun,” “Straight Out Hell,” and, fine, “Waiting For the Thunder” are well constructed and fly on the wings of power angels. The decent half of this record contains blazing fast guitar leads and the tempo of a glorious charge of griffins. If the band retained that sort of momentum instead of whatever we just discussed, Straight Out of Hell would be near flawless. ?I almost wanted it to be flawless because Heaven knows this band deserves it.

I am no closer to understanding Helloween than when I started. Most of the 90’s and 00’s is a dark swamp of records with varying quality. I can not make an overall generalizations in Helloween’s narrative because there are too many factors and side plots. What I can attest to is my enjoyment to some if not a good portion of Straight Out of Hell. If you were a newcomer into the band I would suggest starting earlier. If you are a longtime fan I would love to hear your thoughts afterwards. Let us start at 1989 and work our way forward.