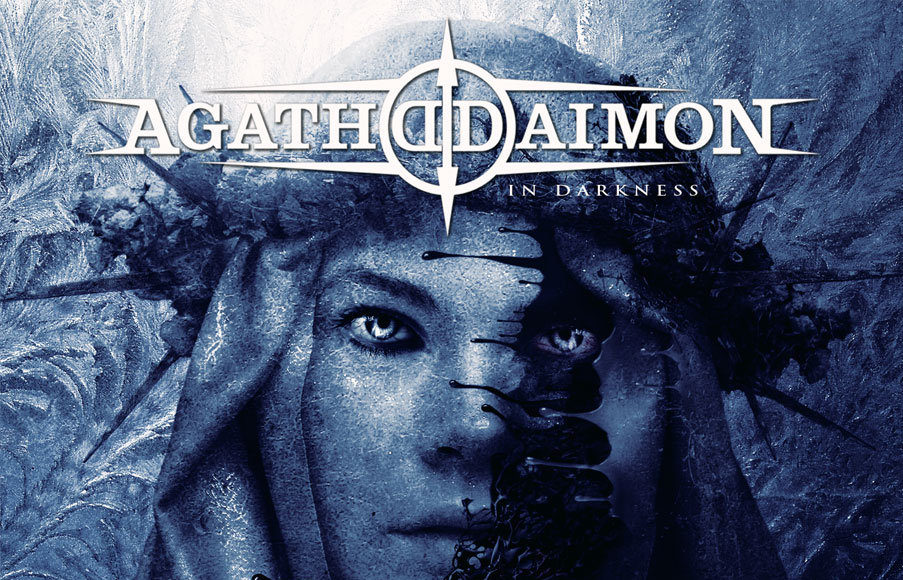 Agathodaimon’s sixth full-length release, “In Darkness” is one of those albums that makes me really happy I have this job. I probably would not have happened upon its delicious mixture of melody, melancholy, and aggression otherwise.

Despite hailing from Germany, the band reminds me much more of moody bands like Woods of Ypres and Enslaved than of the gritty thrash of Sodom or the grandiloquent pomp of Blind Guardian. “Somewhere, Somewhen” reminds me of Summoning and there are hints of Type O Negative as well. Indeed, despite initially presenting itself as a melodic black metal album, “In Darkness” – with its somber atmosphere, gloomy lyrics, despondent tempos, and desperate vocals – draws as heavily, if not more so, from the world of gothic metal.

Save for a rather flat drum sound, the album is quite beautiful, featuring expansive textures that make tasteful use of ethereal keyboards and dreamy, mournful guitars. This fantastic atmosphere is ruined once during “Dusk of an Infinite Shade” when the band decides to go into swing (seriously, whose idea was that?). The focus is thusly placed on the vocalists, who rise to the occasion marvelously, save for a few silly lyrical choices (although I am hardly in a position to criticize someone’s lyrics). Whomever is handling the dynamic baritone vocals has a solid sense of melody and the blackened rasps are quite good as well. They are paired with some lead guitar work which, unfortunately, is not always as interesting.

The most rewarding thing about this album, though, is that it really feels like a journey. There is an intelligence to the way the music progresses, to the way the songs respond to each other, to the rise and fall of dynamics, to the ebb and flow of textures and moods. The build at the end of “Adio”, which employs shifting rhythms and one of my favorite vocal performances on the album, is quite powerful, as is the dynamic swell of opening prog monolith “In Darkness (We Shall Be Reborn).” Songs like “I Have Risen” and “Oceans of Black” might fail to impress on their own but within the context of the album they make complete sense. This cohesion is aided by the album’s modest, and refreshing, forty-four minute running time, which leaves little room for filler. “In Darkness” is a satisfying, original album that continues to deliver upon repeated listens.