THE SWORD AND THE SORCERER 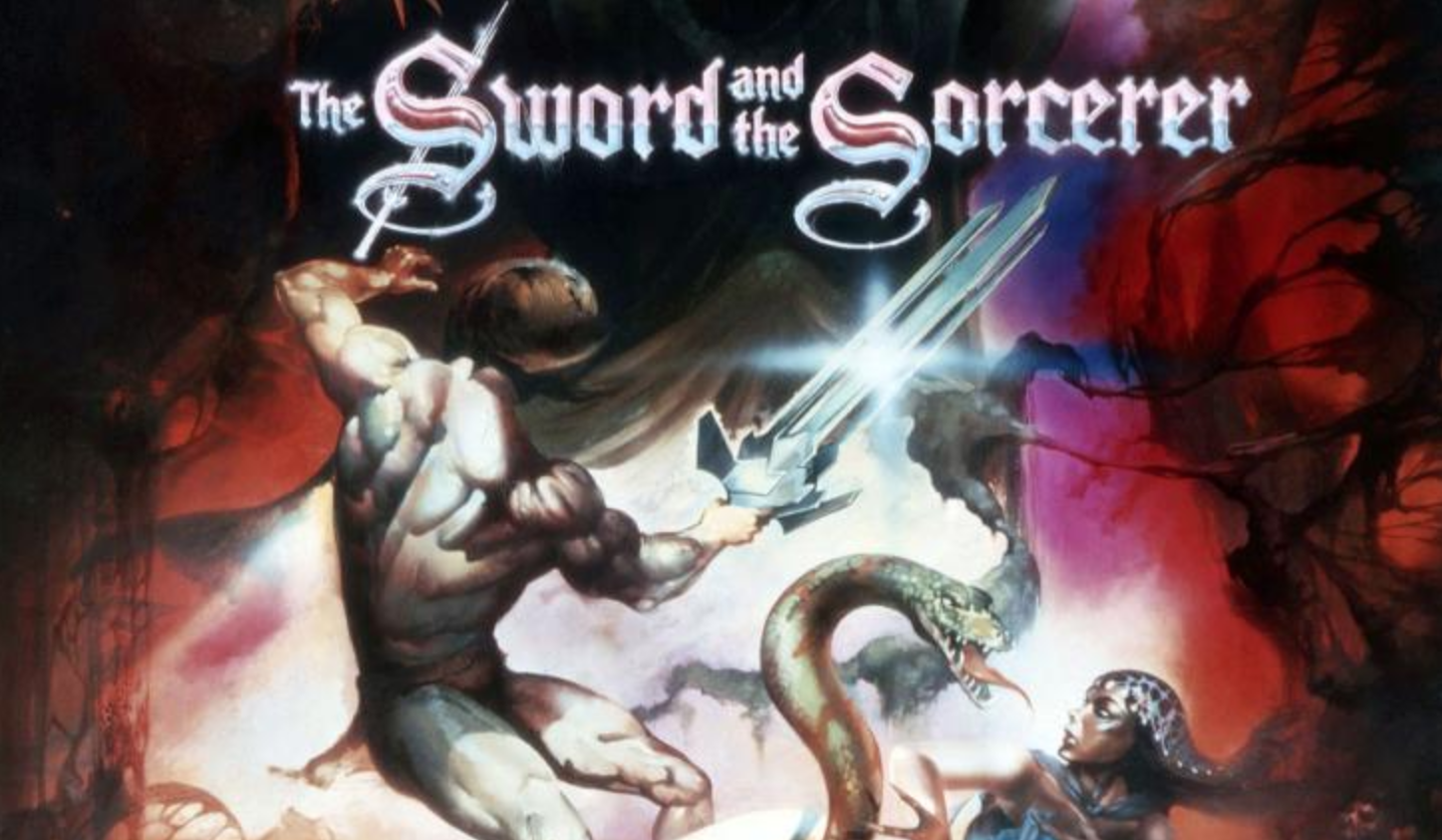 Well, it looks like I have a long line of sword and sorcery films from the 1980’s so let us pray that one of them is halfway decent. This is why I am reviewing the 1982 American fantasy film The Sword and the Sorcerer rather than the 1983 Argentinian film Deathstalker. I have been to dark places with 80’s fantasy films and some of the places are filled with things I’d rather not write about that are covered in mud. Albert Pyun is an American director best known for his near trash action films including that one sci-fi martial arts movie starring Van Damme, the Captain America movie from the 90’s everyone makes fun of, and a bunch of other films starring athletes instead of actors. Pyun’s best known work, oddly, is an early 80’s fantasy film which blurs the line between generic fantasy and fucking complicated fantasy.

The film starts with a particularly dark introduction of our antagonist, King Cromwell, reviving a long dead sorcerer, Xusia of Delos, to aid him in his conquests over the perfect King Richard, who resides in the frilly flower kingdom probably named the unicorn vale or Ehdan. Xusia is awoken by one of his disciples from a coffin made of screaming faces, which even today is halfway between unnerving and fucking horrifying. This pact doesn’t last long as Cromwell literally takes 15 minutes to stab the sorcerer and throw him off a cliff. For a demon sorcerer, Xusia sure is a little bitch. For those keeping track at home, that is where the sorcerer part of the title comes from. Now what about the sword?

Over across the magical lake in the unicorn vale lies King Richard’s family, perfect and blond haired and everything. Cromwell seizes the land and eventually kills Richard in front of his son Talon who then rushes to save his mother only to watch her get slaughtered by him too. Damn that man is fast. Talon then takes up the family sword, which is a triple blade that shoots sword missiles to become the greatest fighter of all time. You read that right — fucking sword missiles. If I could call this movie anything it would be “The Sorcerer and the Fucking Sword That Shoots Goddamn Missiles.” The Sword and the Sorcerer is a lot of things, which is part of its critical disfunction. First off all, the film takes place, chronologically, between sword and sorcery and high fantasy. The film shares more in common with a Roman time period leading to a complicated genre of sword, sandal, and sorcery. Some people may argue why a deviation of genre would matter but a story can get complicated and lost when wandering away from a simple formula. Things are not helped when The Sword and the Sorcerer adds in a handful of needless subplots that turn what should have been Eddings into Erickson. That’s right, I’m not fucking changing that line.

Through a series of really fucking complicated events, Talon rescues the princess Alana who is sister to Prince Mikah who fighting for his rightful heir to the throne who was also captured and then escaped and then came back led into the castle by Cromwell’s consort who everyone thinks is Talon’s lost sister but its not but then she dies brutally in front of Talon’s band of mercenaries who are also trying to save him while he’s being crucified at the marriage dinner which is actually just a ruse to assassinate the four kings of neighboring lands but they all join Talon who eventually kills Cromwell and the evil fucking sorcerer who has been doubling as Cromwell’s advisor and also the first informant who tricked Mikah into the castle in the beginning. See? Simple. The one unifying aspect of all sword and sorcery films — impractical headgear.

The Sword and the Sorcerer could have been a simple action genre hit if it had spent less attention slicing the plot with a weed whacker. There is no need to have the main character be both the gruff anti-hero mercenary and the revenge driven prince. There is a reason why they are two different archetypes as they are motivated by two different things. There is also no reason to have an evil sorcerer narrative if one is going to muddy it with a revolutionary plot. To be honest, the only redemption for The Sword and the Sorcerer besides the sequel, that was made decades later starring Kevin Sorbo, is that Talon’s sword shot fucking missiles. Usually that is enough to carry at least 3 movies and a comic book but somehow everyone dropped the goddamn ball.

I know I will hit some lows in my quest to see every 80’s fantasy movie made. The Sword and the Sorcerer does have the benefit of not being filled with a litany of near fantasy rape scenes perpetrated by pig monsters and deviants. Even the gratuitous nudity scenes are halfway respectable. I’m not naming any names but Deathstalker, you should be paying attention. Aside from this momentary glimpse of redemption, The Sword and the Sorcerer reminds us why it has been forgotten.