The Flight of Sleipnir – Skadi 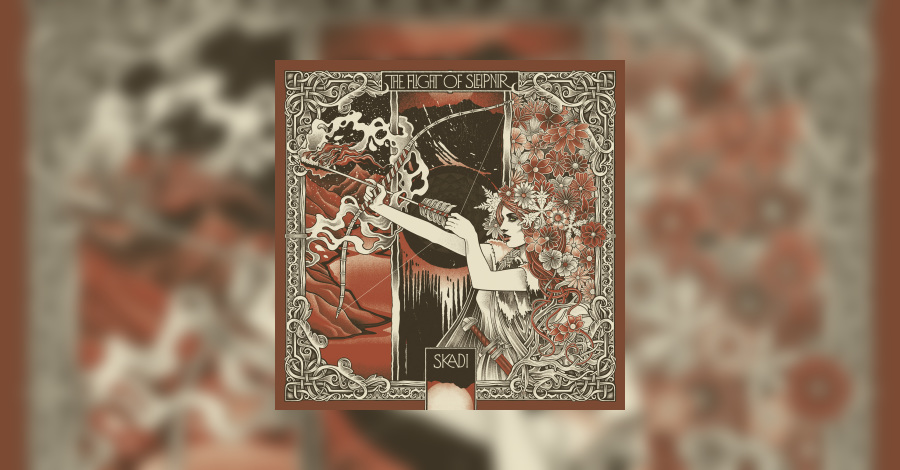 Doom folk. Stoner folk. Stoner Doom. Whatever words are used to describe The Flight of Sleipnir it really does not capture the blended variety for this Colorado band as they ride the line between post black, psych, doom, and atmospheric sludge which is, unsurprisingly, is not easy to classify. What is easy to grasp is the band’s unwavering loyalty to Norse mythology as the songs, albums and existence for this band is dedicated to making old stories feel like acid trips in the woods.

A Skaði is a Norse goddess associated with skiing, winter and bowhunting. While this sounds like the coolest olympic sport ever, Skadi’s tone and attitude throughout the album is somber and sobering as the vocals whip like cold wind the the interludes bed down like cold frozen leaves. Songs like “Falcon White” wind through mazes of brush and foliage towards a fixed destination incorporating both harsh and melodic passages while its stress on guitar solos and instrumentation build is impressive and allows listeners full immersion.

Skadi is a very easy ball to strike though the ease and dedication by the band makes it a stellar album. For fans of Agalloch and dozens of woods based atmospheric black metal bands, The Flight of Sleipnir offers something that doesn’t rely on post rock crescendos of predictable 10 minute songs. This is a boon since metal which smells like the earth can be interesting given the right care. Even with the well trodden themes of Norse mythology, Skadi is a strong album which I am sure will be seen throughout the coming months on discussions for album of the year.