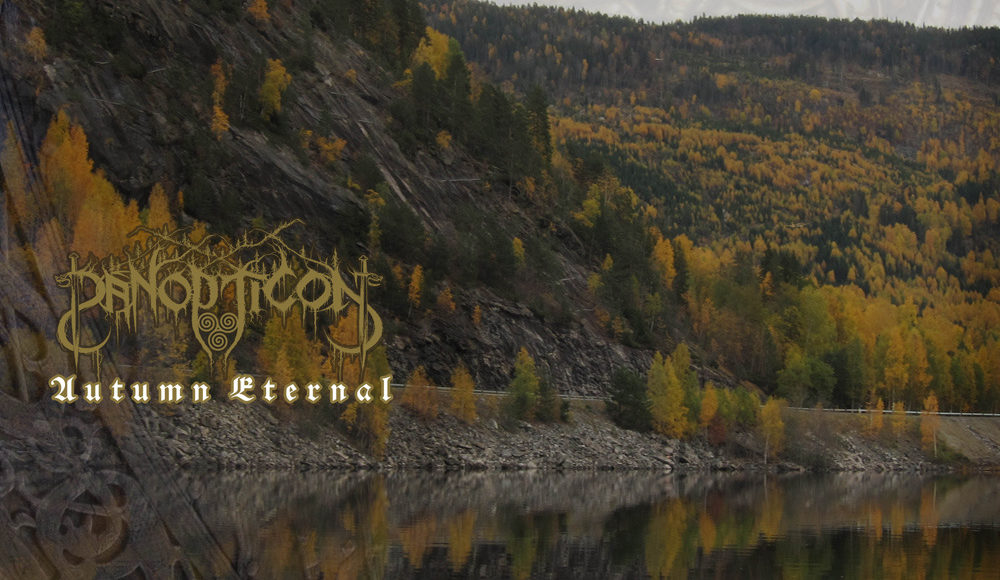 I would never have thought Panopticon would fit within the scope of Hollywood Metal. As you are probably aware, Hollywood Metal is in the business of celebrating metal that can be defined as “epic.” Panopticon is an American black metal project that has as much interest in liberal social and political views as it does in American folk music. While this does not sound like it fits in with other metal bands who write about dungeon crawling and viking lore, the two approaches can be similar. By the closing notes of Autumn Eternal, the 6th full length for American black metal act Panopticon, I feel the term epic could possibly be used.

Although I did mention liberal politics and American folk music as a definition for Panopticon, those sort of themes, which dominated 2012’s Kentucky, has sort of mellowed into a less political, but just as intense, devotion to seasonal, personal, and ancestral themes. Autumnal Eternal is the quick follow up to last year’s Roads To The North and continues Austin L. Lunn’s transcendental musings on a variety of topics that are never binding nor focused on one theme. Perhaps it has taken us until this record to see the true creator as one who drifts in and out of topics, like a wanderer through autumnal woods.

Compared to the last few records for Panopticon, Autumn Eternal may be the most accessible for newcomers. I say this with hesitation, as Kentucky had a great intellectual hooks. Musically however, Autumn Eternal is the most aligned with post rock, including crescendos that arch across the skies of each track. Even though the vocals are still harsh and there is most certainly fierce parts that populate the tracks, like wolves running through forests, Autumn Eternal is less aggressive than Roads to the North and more blended than Kentucky. It is a record that sustains the listeners interest throughout its running time. The addition of seasonal identity, with songs like “Oaks Ablaze,” continues to develop black metal from something that references only winter to a musical style that can dominate all year round.

Panopticon still seems an artist who continues to do things for the interest of a few and in neglect of a larger audience. While 2012’s Kentucky landed him larger recognition, the two most recent albums have received less acknowledgment. Perhaps it is the overabundance of atmospheric black metal the past few years. This is a shame, since songs like “Pale Ghosts” are some of the more developed compositions to come out of this style in recent memory. While I am sure he will move onto other realms, the waning months of October and November fit so well with this type of decaying yet celebratory music.