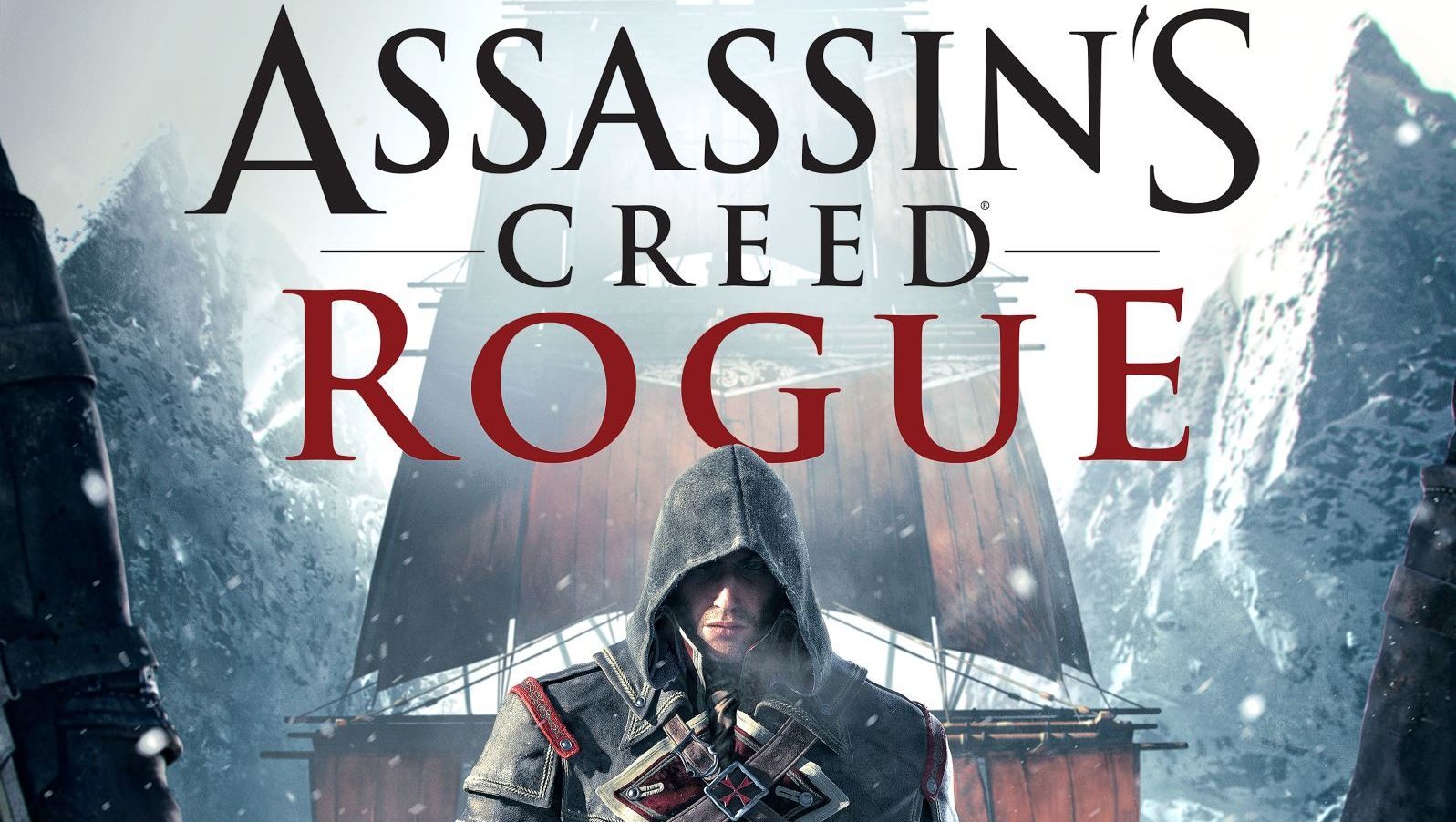 Assassin’s Creed: Rogue might not be the most obvious choice for review right now, considering it came out in the far prehistory of about six months ago, but in fairness this is fucking July. Nothing comes out this time of year, so it came down to this or a PC re-release of a 2011 PS3 J-RPG, and frankly, I’m not quite that desperate yet (though come back next time when I almost certainly will be). It is notable for being a pretty clear rip-off of Assassin’s Creed 4, which was the last Assassin’s Creed game I could persuade myself to enjoy. Not to mention my computer, which spent the entirety of the hour I tried to play Unity choking back digital vomit and sweating like a cow in labor.

Thankfully, Rogue doesn’t have the same problem. Unfortunately, it’s got some all its own. On its most basic level, Assassin’s Creed Rogue is just a budget re-hash of the last Assassin’s Creed worth paying for (and, not coincidentally, the last one I reviewed for this site) and, also not not coincidentally, the one least about assassins to date. With this in mind, perhaps it’s not a surprise that Rogue is even less about assassins than Black Flag. While Welsh layabout Edward Kenway at least eventually became an assassin, Rogue’s Shay Patrick Cormac (which, in case you’re not familiar with Irish stereotypes, is about as subtle as Paddy Greensleeves McLeprechaun) begins as an assassin before quitting, becoming just some guy who hangs around in long coats, stabbing people with hidden blades and jumping off towers into bales of hay. He does get a significantly more impressive coat after his betrayal, but that’s quickly becoming something of a theme for this series. I long suspected Edward Kenway only joined up with the assassins after he realized they probably wouldn’t let him keep the jacket otherwise. Yes, that is a charming black guy in weird glasses and a long coat revealing deep truths about the world. why? because original characters are hard.

Same with this prick and his fancy templar trenchcoat.

And I don’t call him a prick lightly. While most Assassin’s Creed protagonists can be found on the dull spectrum, somewhere between self-righteous and smug, Shay is a rare example of an absolute dickhole. I suppose this might be a result of them changing his allegiance from the good snaky bastards fighting for freedom for humanity and the blood trapped in their enemies’ necks to the bad sneaky bastards, fighting for reasons that aren’t exactly clear but seem to involve worldwide surveillance and making video-games. This could probably have been told over the entire game, as Shay is exposed to the worst parts of the assassin order and his loyalty is slowly whittled away until betrayal seems like the only option. Unfortunately, this would require subtlety and good writing, two things that come as naturally to the people who work on Assassin’s Creed as shoving furious wasps up their puckered anuses.

So instead they just have Shay accidentally do a bad thing and then decide to blame everyone else, abandon everything he knows to go hang out with lovable nerd Benjamin franklin. I wish I was kidding. part of me wonders just how the meeting when when they decided the thing missing from assassins creed was hanging people by the neck until dead.
i’m willing to bet it wasn’t particularly cheerful.

In terms of game-play, this is the same as it always was. In a way, it’s almost become reassuring; Birds fly, worms crawl, and Assassin’s Creed characters move like Asimo on horse tranquilizers. Not even the shift into templardom adds anything meaningfully new to the mix; sure, ship boardings can happen to you too now, but there’s no real reason they couldn’t have happened to Kenway bar developer laziness. One addition comes in the form of a new type of enemy called (at least by me) creepers, who jump out from hiding and shank you in the guts. They even killed me once, a rare happening in Assassin’s Creed games, until I remembered that the B A combo stuns everything ever, making them more a surprise quick time event than an actual challenge. Never before has “press X to not die” been so finely integrated into gameplay.

All this aside, I did find some enjoyment in Rogue. Whaling is still an entertaining diversion, and your new companion character Mr Griff has one of the best voices in all of video-games, making every tedious chat a pleasure to listen to as he enunciates like a young Brian Blessed. But this would have been far more reasonable as an expansion (like the excellent Freedom Cry) than its own game.

And I still haven’t forgiven them for the random intervals where you play as an IT intern for Ubisoft. I bought this game to play as a motherfucking pirate, not an underpaid dipshit with an insulting nickname.