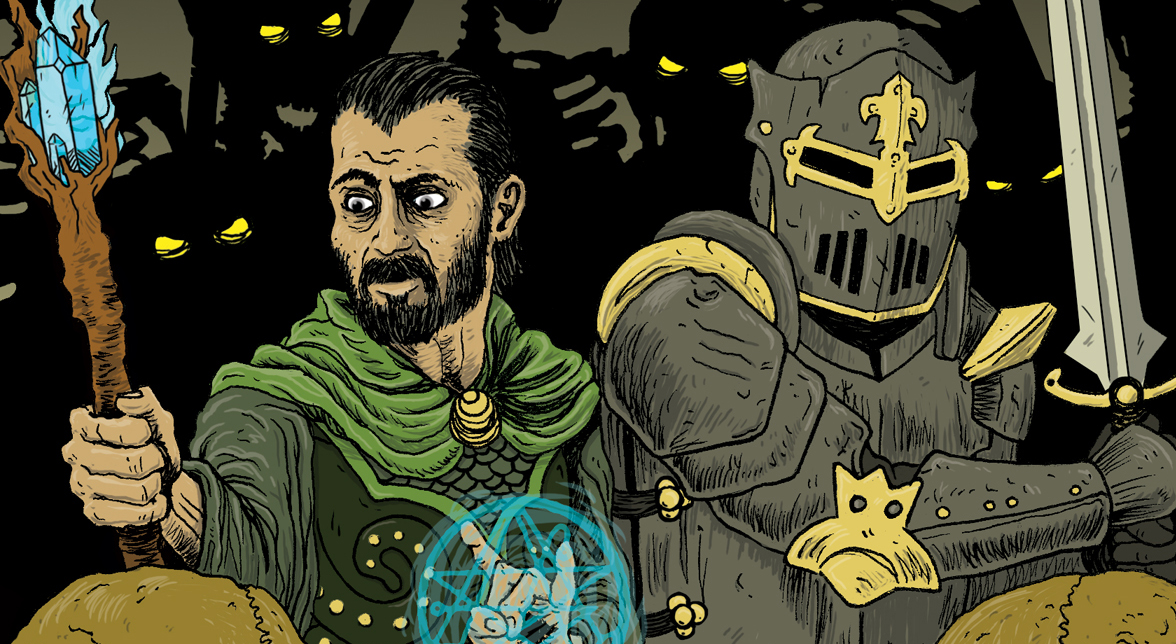 I really couldn’t come up with a snappy title for this article so we are going with Sand Castles. I believe it works for now but I could change it in the future. “Sandbox” games are a term which describes open ended tabletop adventuring where the players make choices which leads to further development in the story. This type of adventure design contracts the much maligned “Railroad” story where player’s choices mean little in terms of where the narrative travels. Sandbox adventures lay at the core of RPG design with some of the early Dungeons and Dragons modules like Keep on the Borderlands being the prime example and patient zero for Sandbox design. Things have come along way from towns situated on a frontier to well constructed stories which have multiple paths for progression. Sandbox adventures are preferable for most players and unsurprisingly more difficult to craft and execute for GMs. The GM has to be ready to elaborate on things the players want to invest their time in as well as being open to the possibility the group may not give a shit about the 5 page backstory you spent all night working on. This is why is probably best to not plan for anything and be ready for everything. I mean, no one knows what you have behind your GM screen right?
Happenstance is the first version of a game I began a few years ago. I wrote about play testing what is now the first version of a micro RPG which, at the time, was intended to be printed and stuffed inside a pocket. This game was made in response to my friends and I wanting to play D&D at festivals and camping but did not want to be burdened by a stack of rule books and character sheets. The Alpha version of the game mirrored various OSR clones in reducing the rules of old D&D into a one sheet rulebook. The game was called The Pledges of Happenstance and its story was revolving adventures of zero level characters trying to survive the dungeon for modicums of fame. The game was based around dungeon crawling and at the time used a 2d6 for resolving actions. At the time I had no plans other than to keep working on free one sheet RPGs that my friends and I could play between bands at heavy metal festivals. This is of course until people started to really enjoy it. Meeting the people from Dice Dungeons was sort of an accident as it was through friends of friends who eventually played The Pledges of Happenstance. Dice Dungeons, a metallic dice company, wanted to take the game and develop it into a card based RPG for commercial sales. Because this is literally what I find interesting, I was ecstatic at the possibility of developing my first game. I also had no idea what I was doing and to be honest still do not have any idea what I am doing. I am going to take a guess most people do not know what they are doing in most things. What I did know was what I wanted the game to be which was a small version of D&D intended for mobility that wasn’t rivaling larger RPGs since games like D&D 5e, Dungeon World, Pathfinder, Shadowrun and any other large scale RPG is perfectly fine to play. I wanted to create a skeleton of OSR games which could be prompts for people to pass the time and a starter for storytelling which could be as serious or as goofy as people wanted it to be. In the spirit of Keep on the Borderlands, I wanted to make a place where adventurers could call home which was surrounded by endless chances for adventure. I wanted, literally, a town situated on the frontier between civilization and danger which was created, destroyed, rearranged by anyone who played the game. Aesthetically and mechanically I wanted to make the skeletal framework of a game which could be modified by anyone willing to use it. Happenstance is the name of a communal town I created that would be the site for all adventures when I played Dungeon World, Basic D&D, and even setting agnostic games like Savage Worlds. The idea was for a town that lay at the confluence of fantastic sites for adventure and within walking distance to various places of interest. While using created worlds and homebrewed universes is obviously fun, so is the idea of the anywhere fantasy town, which is a place which is built on the tropes of adventuring RPGs. There most certainly are taverns, thieves guilds, blacksmiths, and jails in the town as well as castles, caves and crypts which lie just on the outside. The reliance on high fantasy comes not just from games like Dungeons and Dragons, though it certainly lay a strong foundation, but the comfort and nostalgia of genre fiction. Happenstance, for me, was a confluence of all collected lore, ideas, jokes, and dreams which flowed from books, movies, video games, and RPGs. It didn’t need long backstories or histories since it was the generic high fantasy town which was built on the foundation of a collective consciousness. Everyone knows what the spellcaster, healer, fighter, and rogue does or at least should be able to do. This sort of shared knowledge lies at the root of games like Dungeon World and other OSR type games and makes the setting a slate for grand adventures.

Though Happenstance started as a one page RPG, went through a brief period of a card building game, to its current version, the idea is still the same — an RPG one can put into a box which lasts as long as everyone is having fun. One of the more important things that has stayed the same is the role of the Guide, or GM, as arbiter of adventure and the players as character roles. I wanted Happenstance to be a simple version of D&D that people could build their skills of improvisation and dungeon design as well as the bare bones of playing an RPG. Being a GM, DM, or Guide relies on the same core principle of presenting players with obstacles or prompts which they then resolve using their character. The guide does not play against the characters, nor do they aid the unfairly in overcoming their challenges. Guides exist to be the arbiter of rules, moderators of action, and party hosts to make sure people are having fun. Outside of that there really isn’t much other rules as the guide must balance fairness with playability and tool for entertainment. Old D&D relied heavily on the absence of rules for people to derive their own fun. In that spirit, Happenstance is based on the idea that the guide does whatever they want using a very simple mechanic to resolve action. The game is there is provide prompts, characters, and treasure which feed into a game that is wholly derived by the group.

The full commercial game will be released in the Fall in time for some fantastic conventions in the local area. I have had the opportunity to playtest this with dozens of people and am hopeful it could be an addition to anyone looking to get into RPGs, learn how to DM an RPG, or just kill time at a bar, campsite, or concert. Because this is what I think about when I should be working at my other job, I already have ideas and plans for expansions, modules, and other supplements which be added to the stack of cards. The people at Dice Dungeons have been more than generous with their support and feedback in making a game that I feel does not replace the library of RPGs we all have on our shelves but rather be something else we can spend time with.