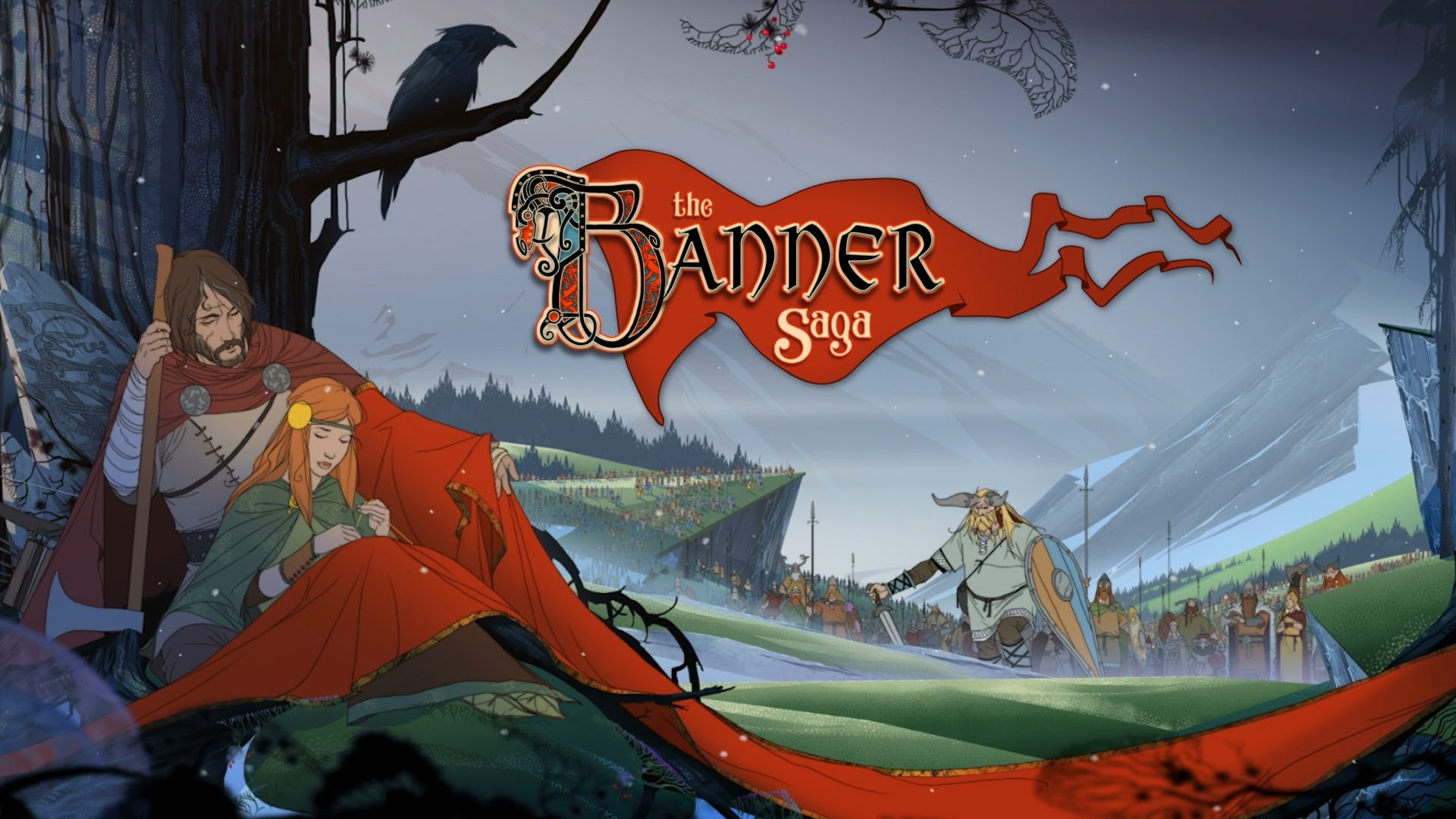 THE GODS ARE DEAD.

“How’s that for a fucking cold open?” the writer to Stoic’s The Banner Saga probably said before preforming a backflip while clad in full plate armour and making a slam dunk with a morningstar.

With an introduction like that there’s precisely no risk of fucking around. It’s not just a bit of nietzschean fuckery, either. This is a world of old Norse and paganism. They’re not philosophising on the death of the gods, they’re witnesses. It’s entirely possible the only reason nobody’s going door to door with the news is that stone demons are pouring in from the further-north and burning down everyone’s doors (and the rest of their houses, obviously).

Chief in grief (which I call right now as the name of my second album) are the Yarl, as race of superhuman horned giant men, nobody’s more fucked by the sudden deicide than they. This is because, as a race of superhuman horned giant men, they can’t reproduce. Their god, evidently preferring handmade races to the more fiddly “self-replicating” designs, made them all personally. His death, as you can imagine, has put something of a dampener on their hopes of an empire. Or surviving extinction at all, really. It’s not a question of if but when.

And if there’s one think Viking’s know about,it’s the end of the world. The whole damn game looks glorious, thank’s to the magic of rotoscoping

It only gets more Epic from there. Stoic, as a company, is probably best thought of as three of the greatest designers from the Old Republic of bioware. Making me care about weird and wonderful characters then punishing me for it is all these people do. And here, free of the shackles of big publishing, they do it well. As three veteran RPGsmiths from the greatest forge in the land you’d be forgiven for expecting something entirely groundbreaking and special from them. More than forgiven, actually. Correct.

The banner saga, as the name suggest, is the saga of a banner. Like the Bayeux tapestry (which is the most hardcore not to mention fucking absurd cross stitch ever made) the banner in the title is more than just a bloodstained dishcloth, it’s the cottony avatar of a whole town’s personal history, stitched together over generations and forced to flee by the endless tide of stony warriors from the even further-north.

It just takes maybe another two minutes for the narrator to mention that the sun’s not been seen in a while either. By far the most trustworthy axe wielding lunatic you’ll ever meet.

So begins the first story you’ll be telling. Throughout the game the plot flicks between two different stories. On one hand the wealthy varl merchants moving east with no idea of the stony Apocalypse on its way but very aware of the end of the sun. Their role in the beginning is something of a tutorial. They’re both rich enough to function without overdue stress and fucking giants. Combat for them is pretty simple. The only real threat comes in the form of the choices you make, which might lead to the loss of some precious resources or even characters as the game goes on. The aforementioned second is the “true” story of the banner saga, the story of an entire town that, when about to be overwhelmed by stony monsters, packs up and moves west. They’ll be starving, miserable and harangued on every turn, and it’s your duty to get those poor bastards out of there regardless. This is where the game’s quality really shines through for me, because while a game about Viking themed squad based combat alone would have been great (and, in fact,exists as a free extra ) a game about managing the supplies and decisions for a whole town of displaces refugees is even better. Not fun, necessarily, but meaningful.

The Banner Saga is more Scandinavian and powerful than Skwisgaar Skwigelf’s dick. It’s a brutal and tense story about a fantasy town in a fantasy land so rooted in Scandinavian folklore I half expected to be mugged by Jörmungandr on my way to the shops . And yet, all the time I was surprised. There’s a scale to this not unlike a national geographic special, and a tense brutality to the story that, like it’s desperate caravan, has no time to stop and let you catch your breath, but if you grip hard and hold on somewhere underneath the furs, it’ll take you on the ride of your life.

Or fall behind and have stoneman do… whatever it is that stonemen do to people?