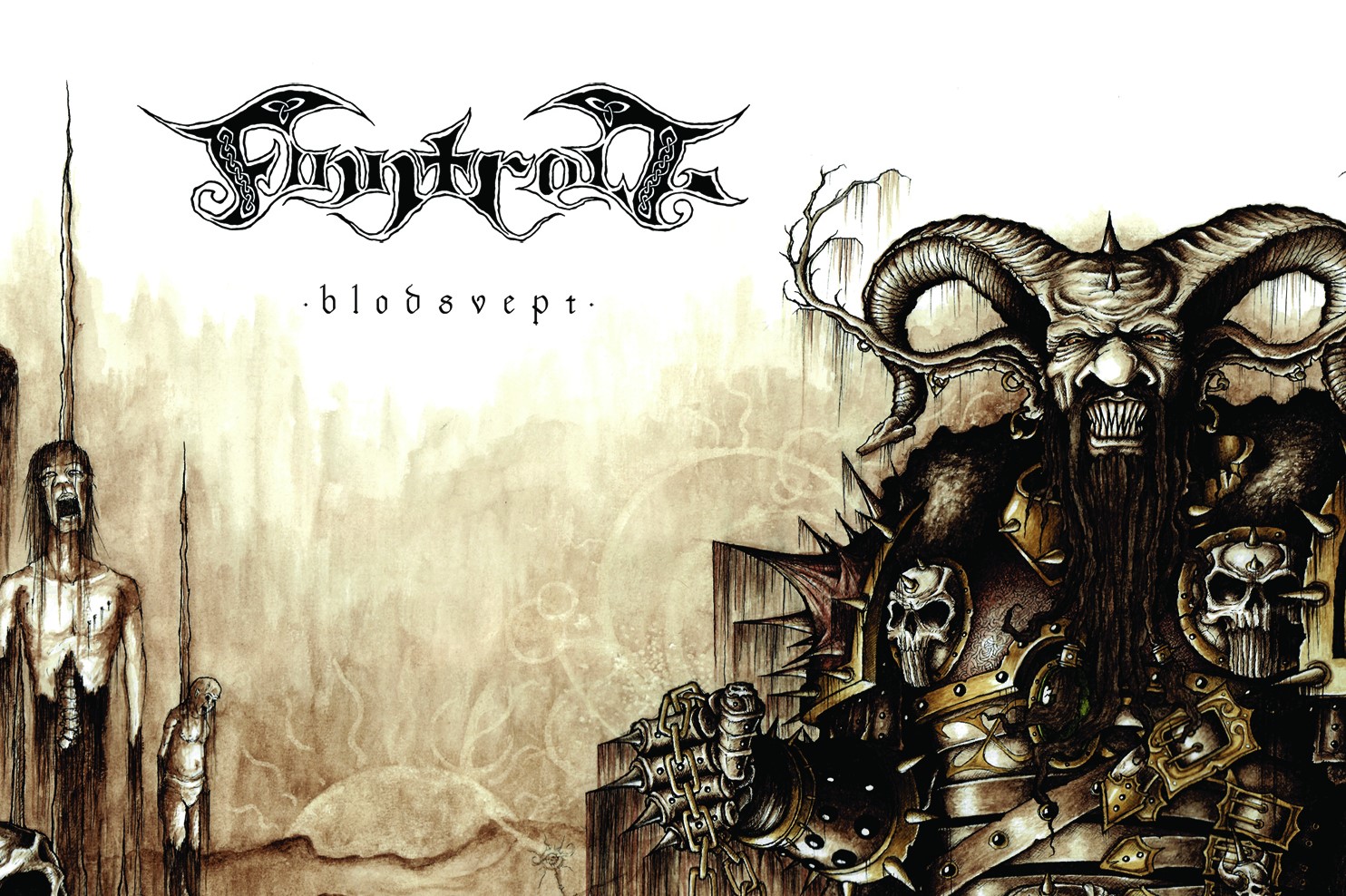 By starting out this review saying the new Finntroll made my wife laugh sounds terrible. It is also important to for critical evaluation. Well, at least I think it is. It is true the opening track of Blodsvept possesses audio of monstrous rumblings and inhuman gurgles. The sound is so utterly cinematic and predictable, that the opening crash of the album’s title track was enough to send my wife into fits of laughter. I might add she loves Finntroll and owns every record since 1999’s Midnattens Widunder. Despite adoration and odd devotion to this band, fun and enjoyment have always been intertwined for her. The laughter was merely an extension of excitement mixed with comfort that what she heard was exactly what she desired. Finntroll, along with a handful of folk metal and costumed heavy metal bands, all occupy the same universe of high adventure and pulp like entertainment. Monstrous gurgling is just a part of this experience as well as something that really swings.

While I enjoyed 2009’s Niflevind, there is a distinct difference in attitude on the band’s 6th record Bloodsvept. Niflevind was marked with dark and ruminating overtones, which were marching towards the gates of death inspired folk. Taking a song like “Tilden Utan Tid” with its snarling vocals and sober atmosphere and compare it to any song on Blodsvept will be a jarring experience. From the grimy depths of a troll cave obscured by shadows comes a sound of flourishing horns and segmented with an upbeat outlook on life. If we cannot make them fear us, we might as well make them dance.

It is important to realize that despite Finntroll’s buoyant spirit, the band has endured a litany of disappointments, departures, and deaths. Following the death of guitarist Teemu Raimoranta in 2003 and the departure of vocalist Jan Jämsen in 2001 because of a throat tumor, no original founding members remain. The core of Blodsvept still sports three long standing members who have been present since the group’s debut full length, but there still exists a fractured nature for a band who plays a near polka beat but has the word troll in their name. Despite the numerous lineup changes and albums that are darker in nature, the band has always remained positive. Blodsvept is no longer a silly quasi swing metal record but a testament of endurance that celebrates resilience. Well, at least I think it is.

Aside from the gurgling of Bloddsvet’s opening and even the last track, the entire length of the record swings like a night out for mythical forest dwelling half humanoid monsters. By the fourth track “Morsminnen,” the horn section becomes an active player and Blodsvept’s thesis is clear. Whatever hole Finntoll crawled into is non existent and now that mythical forest dwelling creature is wearing a surprisingly well fitted tux. Whether or not it is the boozy jazz horns in “Rosets Kung,” the blue grass fingerpicking in “Skogsdotter,” or the sci-fi theremin in “Haxbrygd,” Finntroll continues to entertain and, despite my first reaction, creates one of the most memorable records of their career. My Lord, does this swing.

Blodsvept came with the combination of my initial eyerolling and the already mentioned laughter from my wife. The album cover did not help their whole existence as a half serious metal band with troll in their name. It was not until understanding and realization that, as an album, Blodsvept became well structured and effective. Sure it doesn’t break any new barriers with innovations, yet its strongest points are folded in subtlety to the well known. As an album, it never misses a step. I was prepared to write a review begrudgingly accepting Finntroll out of some marital loyalty. It was only after 43 minutes of competent and entertaining folk metal I was more supportive. Paint me surprised and dress me in formal wear before sending me off into the woods. Blodsvept is surprising and aside from initial laughter, is pretty damn awesome.