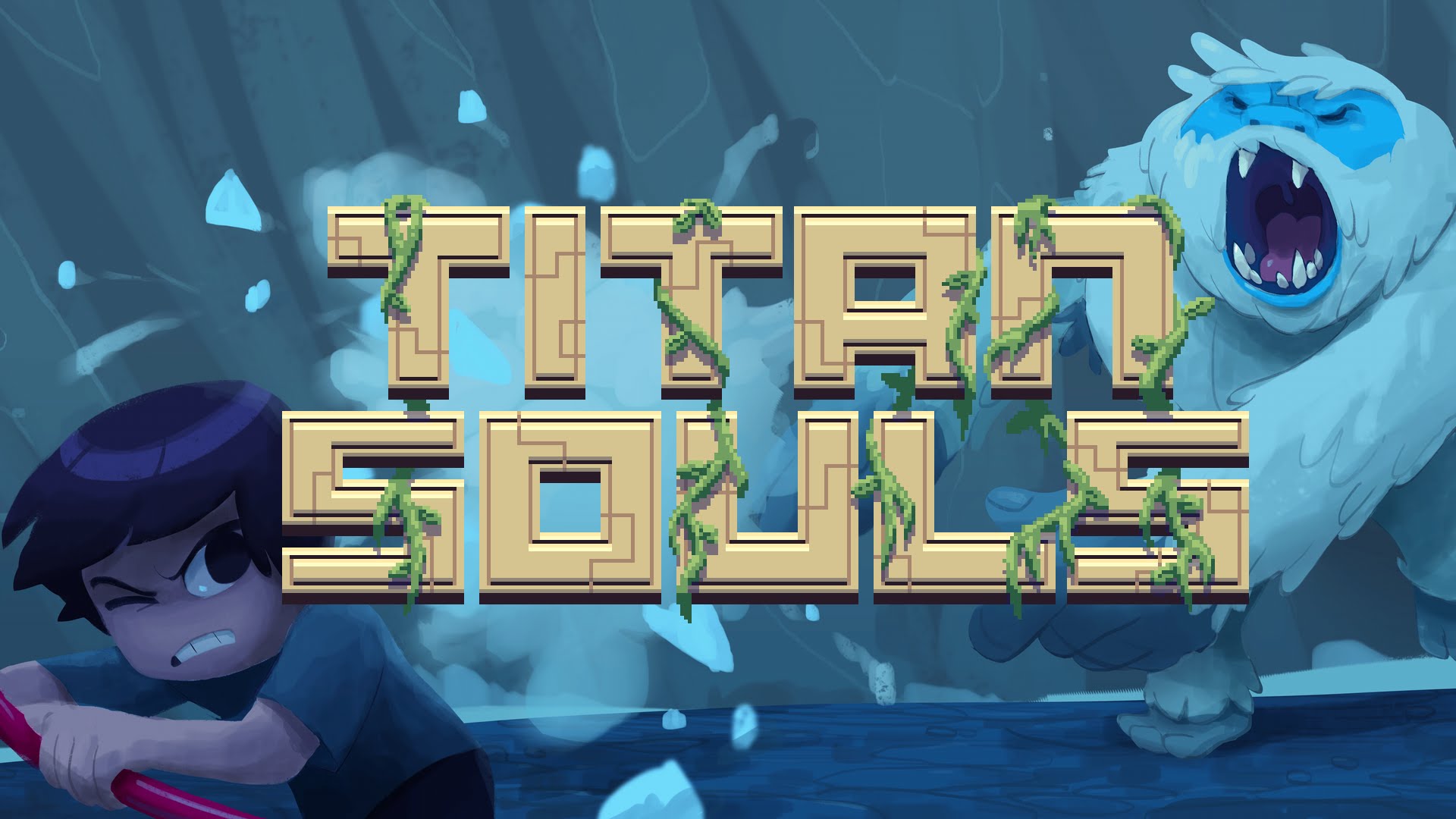 This is the second time I’ve reviewed Titan souls. if you’d like to know what I thought of the luddum dare free version, click here.

This is a game in which a small, silent protagonist of unclear motivation wanders the ruins of a massive empty world, hunting down and dispatching a number of strange and improbable beasts to advance a plot they cannot fully comprehend. Whether or not you imagined the hero riding a horse is a good way of testing which classic I just described had a greater effect on you; “Dark Souls” or “Shadow of the Colossus”. Either way, if you liked them, there’s a good chance you’ll like this.

It doesn’t exactly try to hide its inspirations. I don’t know why they didn’t call it “Colossus Souls”, so pure is the mix between the two games. This is by no means a bad thing, considering if you’d proposed a 50/50 blend of “Shadow of the Colossus” and “Dark Souls” to me I’d bury your family in wealth. This, I should say, is not that. Neither was “Dragon’s Dogma”, the most popular contender to the title. I found it to be more 30/30 with a hefty 40% generic fantasy thrown on top, which just doesn’t mesh with the “dying world” theme I love so much. Titan Souls, thankfully, does. “Oh, no. It wasn’t the arrow. It was the big pink arse killed the beast”

Or, if not dying, largely vacated. Humans are nowhere to be found excepting a couple of notable bosses, and even they seem like magically mutated aberrations. In a clever bit of storytelling, one even has abilities that mirror your own, though of course theirs are somewhat more useful. The writing on the wall, etched in the blood of magical beasts reads something like “this is your fate.” There’s a real sense of doom, not just in your quarry but yourself as well. I particularly remember one colossus who told me, in no uncertain terms, that he was prepared for death, but now too ancient to move. I’m not going to tell you he was the hardest of all, emotional trauma ain’t got shit on twenty tonnes of pissed off seamonster, but it added a unique moment within the chaos of colossus combat.

At first you’ll die often, then, as you get used to it you’ll begin to only die regularly. With few exceptions the difficulty to each encounter lies mainly in figuring out what exactly is needed to dispatch each titan, and while “shoot it in the back” is the answer more than once, there’s easily enough interesting beasts to keep you searching. The boss variation is as good as you’d hope it would be, considering they’re the sole focus of the game, and fighting them is based entirely around a very simple collection of abilities. Your magic arrow is your only weapon, and launching it or summoning it back are your only abilities. It’s a simple formula, and the game works hard to make you use every drop of potential it possesses while keeping the rules persistent and intuitive. Attacking the beasts feels fraught, dangerous and, when you manage to succeed, triumphant. It’s hard to feel significant climbing the beard of a stony god, unless you plan to kill it. then it’s just good strategy.

I say attacking, because that’s precisely what you’re doing. This isn’t a game about self-defence. Each fight begins with you entering the lair of a beast that is massive, strange and totally disinterested in you and attacking it, which was my first clue that my actions weren’t entirely heroic. Essentially it works as a kind of endangered species hunting simulator, where you have to goad fantastical beasts into attacking you so you can claim self-defence. Perhaps fairly, these things have absolutely no problem obliterating your frail form with the kind of meaty “thunk” that would be considered satisfying if it weren’t happening to you. The feeling of impact is genuinely impressive, considering it’s rendered in chunk-o-vision, and whether the result of being crushed within the sweaty armpit of a yeti or becoming kebabed upon an arrow taller that your own body you feel properly obliterated. There will be bloodsplatter.

It all goes together to create a feeling of smallness. That same feeling of powerlessness that makes “Dark Souls” so satisfying, and I can see why the developer lists it as an inspiration. While being nowhere near as complex as “Dark Souls” the simplicity does nothing to detract from the feeling of disempowerment that makes both games so poignant and constantly asks the same question of your feeble character; what can one do against such reckless hate?

The answer, in both instances, is dodge roll/counter.

It’s a terrific achievement, and one that’s thankfully far easier to recommend than it is to complete.

On the first try, at least. You’ll get it eventually.