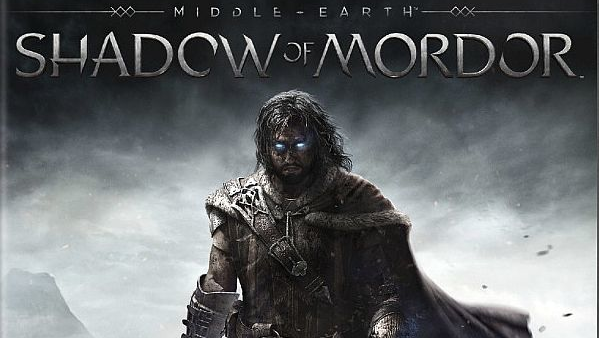 You have to wonder why this wasn’t called “Lord of the Rings: The Shadow of Mordor”. I mean, other than being a bit of a mouthful (though no more a mouthful than “Lord of the Rings: the Return of the King, the game”) and the inevitable jokes unfunny nerds would make about it being a re-boot of a c64 text adventure (if you do want that, check out last week’s Gauntlet review), there’s only a one real reason I can see for them trying to distance themselves from the main franchise.

They’re tying to distance themselves from the main franchise because it hasn’t been very good of late. It consists of a mediocre moba and a collection of Lego adaptations of the movies, which aren’t exactly bad as much as they are the Tolkien equivalent of non-alcoholic beer. Enjoyable but pointless, and the makings of a forgettable afternoon.

They were also for kids, and Shadow of Mordor is definitely not that. What it is is an honest to gods serious adult game set in Middle Earth. Maybe the start of a “Middle Earth” franchise.

I fucking hope so.

Because it’s good. You don’t have to be the world’s greatest detective to figure out where they got the combat system (even down to the throwing knives, which are pronounced “batarangs”) and the climbing physics lifted straight from Assassin’s Creed, but while this might seem like a complaint, it really shouldn’t be. Both those franchises have their problems, but Arkham’s combat and Scott Stapp’s climbing skills are the best damn things about those games, so I don’t see the sense in complaining when they get borrowed. If you’re trying to build the best game possible, nicking the best bits of other peoples games isn’t a bad idea. BEHOLD, THE RANCO… No? we’re calling them Graugs now? well, shit, whatever.

It does have one brilliant idea, though, and that’s the nemesis system. Basically, it’s a randomized collection of the captains and war-bosses of the orcish army, and while it starts off looking like a simple roster of bastards, it gets more interesting the more you mess with it. For example, since orcs are difficult to put down, killing one in combat doesn’t mean, necessarily, that they’re dead. More than once I’ve fought a climactic battle against some particular bastard, only to meet him again a little later, face sliced open and looking for vengeance. If you can get attached to these guys (and I certainly could, their dialogue and voice acting is phenomenal) there’s something immensely satisfying about finding your “nemesis”, that one orc that just keeps coming back.

For me it was Muggrish the Choker. I stabbed him, burnt him, poisoned him, fed him to wolves and threw him off a bridge, but he’d still turn up, half blind and mutilated, screaming for vengeance. That fucker died more deaths than Mecha-Rasputin and by the end I had a closer relationship with him than I ever did my character’s wife.

Add to that the fact that random orcs can get into the ranks of bosses by killing you, and every player is bound to have their own, personal nemesis and a hate that burns just for them. It’s kind of wonderful how they can get under your skin.

When I said one brilliant idea, I wasn’t lying. The main plot of the game is so hilariously stupid that it only serves to get between you and the fantastic organic randomness of the nemesis system. It stars Talion, whose wife and son who exist only to die and thus fuel his burning man fury. Then an elven ghost who brings him back from the dead (presumably he could have brought back the others too, but Talion never seems interested. I guess revenge is more interesting than happiness). This makes him popular culture’s first haunted ghost or, as I prefer to call them, a ghost². Then it’s up to the two of them (and I’m not going to spoil the identity of ghost number 2, other than to say he’s the most important dead guy of all time, fan-fiction style) to rampage around Mordor, pestering more interesting characters, finding clues to more interesting back-stories, being better than everyone else and saving the princess (I wish that was a joke). Wraith vision can tell you loads of things. for example, right now wraith vision is telling me i’m fucked

Thank god its interference with the actual good bits is pretty minimal. Other than withholding some of the good powers, you’re largely free to wander the world as you see fit. Mordor itself looks like you might expect, and the second area turns up just as you’re starting to realize how small it is, granting some seriously needed variation to the places you’ll fight. Being possessed by a wraith is helpful too, providing “wrath vision” to enhance your detection to bat-like levels, showing orcs through walls and secrets. On top of this, he can enter orc’s minds, torturing them and twisting them to his will, which is absolutely something that a hero would do. He can also slap them so hard their ghosts feel it, branding them with a massive white hand. Again, like a hero would do.

Overall, I can’t not give this a recommendation. There’s a hell of a lot of fun to be had messing about with the nemesis system, both through the main campaign and in the challenges (which suggests to me that the designers knew it was the most interesting thing too) and though the main plot is a tedious bore, some of the side missions make up for it. If you’re happy with what amounts to an orcish political sandbox with great combat, fun climbing and giant monsters to ride, you’ll love it. If none of that matters to you and you want a tender, sensitive and intelligent story crafted in Middle Earth, I know some books you might like.