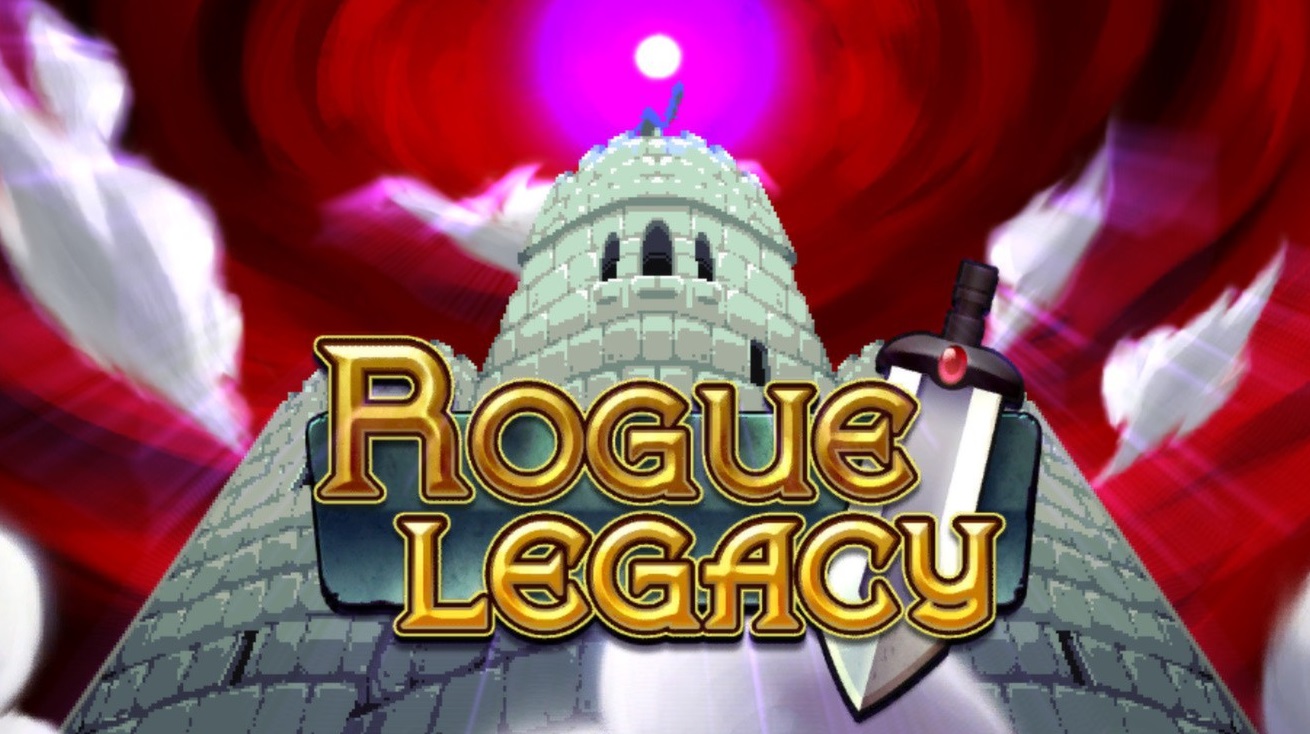 Rogue Legacy is one of those rare things that does exactly what says it does. Darksiders didn’t have a single darksider in it, whatever the literal hell they are, and while Crusader Kings had crusading kings, they were hardly the stars of the show. Rogue Legacy, on the other hand, deals exclusively with rogues and their legacies. It’s a 2D rogue-like, or rather, a “rogue-lite” as it’s creators call it. One of those rare and unusual games that almost never get made by a big budget production house (Daemon Souls and Dark Souls are the obvious exceptions) wherein the difficulty is somewhere between harsh and vindictive and the deaths are common, crushing and potentially disastrous. It’s also brutally simple.

You begin in your castle where you buy whatever upgrades you can afford from whatever gold your ancestor could collect. Then you sprint right, dodging traps, looting chests and stabbing monsters until you collapse under the weight of arrows/are horribly murdered by a god damn haunted portrait. Death rewards you with a moment of respite in the form of a “you died” screen, complete with a full list of everything you managed to kill during your frantic run. After that, all that’s left is a choice of three presumably ungrateful heirs and it all begins again. Any of these, without some fairly impressive late game upgrades and a serious application of player skill, will be dead in minutes. So it goes.

It’s a strange game that calls upon you to strategically massacre generation after generation of your own characters, but that’s the nature of the giant flaming skull beast. And as a world, it’s an interesting place to die in. A towering and infinitely shifting castle makes up the majority of the game, cunningly designed rooms thick with various monsters are arranged at random and rearranged at death, giving the game infinite exploration value. Thought I was Kidding about the giant flaming skull beast, eh?

The story, told by a collection of journals you find scattered about, is entirely optional, though it does provide occasional tips for how to proceed. It’s not exactly a riveting yarn, though it does offer a little texture and clues as to the nature of this otherwise lunatic world. The world isn’t spectacularly varied, and this game calls you to explore and expire in all kinds of interesting locations. Gothic castles, Gothic towers, Gothic dungeons and even a Gothic garden comprise the overwhelmingly Gothic setting. Of course, it’s a castle, but there’s still the odd clown hidden down there to lighten the mood, if you can find him. Still, if you’re not a fan of candle chandeliers, statues of knights and occasionally murderous portraits, you may wish to look elsewhere.

The graphics, for their part, are charmingly retro. It’s a pixelated, sprite-based experience, and does a good job of harking back to its roguish heritage without making it’s lack of budget obvious. It’s kind of like a 2-D platformer legend of Zelda, If Link drank mead and grew balls. For $15 dollars it looks fantastic and though the enemy designs are quite pallet-swappy at times, their appearances and abilities are well varied. And at least one of the villains looks positively… ghastly.

That’s the rogue side covered, now to talk about the legacy.

Well, as any overworked mother of five will tell you, whiskey puts kids straight to sleep. Also, they’re all different and often in terrible ways. In rogue legacy, these differences are manifested as classes and traits. Traits range from the amusingly whimsical to the horrifically disheartening. While something like balding or Tourette’s can just add a little humour or whimsy to the proceedings, vertigo or Alektorophobia can seriously spoil an otherwise brilliant warrior. Naturally, having a life cut short thanks to a fear of chickens is a singularly disappointing experience, but it’s also, somehow, entirely fantastic. And it couldn’t happen anywhere else. I’m starting to think this whole castle is built on an ancient Indian burial ground.

That’s the kind of game this is. It’s the sort of experience where, if you’re not charging bravely into a new and exciting death, you’re doing something wrong. It’s a story of the players legacy, told in “game over” screens that simultaneously announce the brutal expiration of one of your fierce warriors and laud what achievements he managed before being trampled to death by a headless horse. It’s about kicking your ass over and over, until you teach yourself how to dodge that giant skeletons bony explosions, and how to pull a sack of gold out of his god damn face. It’s about earning victory, and being a bad-ass worthy of being remembered by his kids when he is inevitably clubbed to death by a mace. It’s a “rogue-lite”, worthy of a legacy. And I one hope it has a huge batch of weird, creepy and wonderful kids.