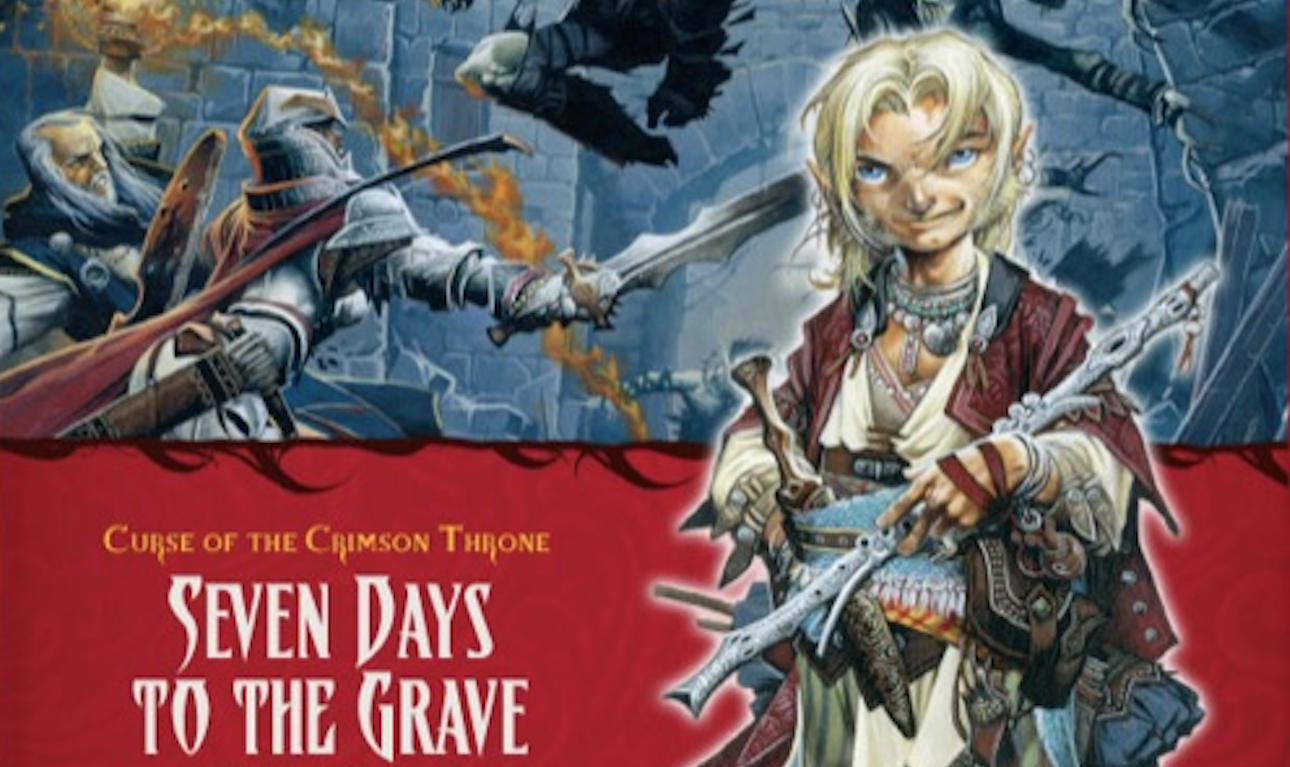 This Pathfinder Log is my attempt to document my gaming group’s first run through the classic campaign Curse of the Crimson Throne. This is the first time my group has done a prewritten adventure and because of that everything goes hilarious. Coming from the world of homebrews and GMs that like to play loose with the rules, Pathfinder, for us, has become a great storytelling mechanism which has enough depth to keep players immersed in devices for their character. While 5E sounds like it would be perfect for us, the creative ceiling for those who want to stat and max out their character just isn’t available. for this purpose, I have found that running a 75% version of 3.5x to work the best and making calls based on whether or not rules or fun should take precedent. I feel the game works when both aspects are being employed and working in synergy. That of course doesn’t happen all of the time and one should keep the other in check as too much of either rules or fun can end a game. Seven Days to the Grave is the second chapter in a 6 part campaign for Pathfinder. After the players emerge from the Dead Warrens, the malicious forces in Korvosa conspire to bring sickness to the land. All of Chapter 2 deals with the outbreak of Blood Veil. the chapter has been designed in a way that each day or action will bring one closer to Blood Veil. This is of course unless most of your characters roll that initial immunity. Additionally, the tax of rolling every morning to see if one is infected and then rolling out of it and then maybe taking a few points of wisdom damage is more annoying that it is tension building. At some points I used Blood Veil as more of a cosmetic urgency in which they had to complete the mission in a certain amount of time to go get the cure and cleanse themselves. I think I am going to just run things the way they work rather than the way they are written as the first part of the chapter 2 has the characters yet again on fetch quests from the Korvosa guard.

I am not going to get down too much on the structure of this chapter as it does give the players enough urgency to do things. From the entirely roleplaying missions of tending to sick children and talking to crowd of people to the entirely combat oriented missions of clearing out a sewer or sunken ship provides variety. There were some missions that could go either way and was taken care of based on group dynamics which was mostly kicking the shit out of things. The new Harrowing gave the players new harrow points which have been reworked into hero points which are used in boss battles to wind back their turn when they do something really stupid. This might seem like a stretch but in all honesty it is the one resource my players utilize as mot of them have a pile of unclaimed gold.

As for the story, the group finds the city plagued with a well, plague. If it was not completely fucking obvious the Queen’s new group of creepy plague doctors showed up at around the same time the sickness started. Even though this whole thing seemed obvious, the players went along with the charade through the fetch quests. One of the interesting aspects of this chapter was the survivor count that saw how many people were saved by the players deeds. If I were to run this again, I would make it more of a moral dilemma rather than a distinction of whether or not the did the thing. Some of the consequences and dip in survivor count dependent on if they took too long doing the thing which is kinda absurd given they were given a mission and why would they wait a damn week to do it. One of the missions had the players going into a were to take care of a revolutionary rat who was planning an uprising. The survivor count would have dropped had the players not stopped this rat. A more interesting proposal would be killing a group of revolutionaries to save the lives of the citizens and if they would trade the lives if citizens for rats. Perhaps this would only work for my group who has a hard time keeping within their alignment.

Looking at the schedule for this game, the months of spring and summer will be spent on the next chapter as Seven Days to the Grave is finishing. My group will pause for the summer and complete the last three chapters come the fall of 2018. All together it will be a 2 years endeavor taking the players from level 1 through 20. Some of the advancement track for chapter 2 sees the players leveling almost every session but then again I do not think that is a drawback. riding the rails of a preplanned adventure allows me to bend and twist the rule and fun t try and reach that optimized center. 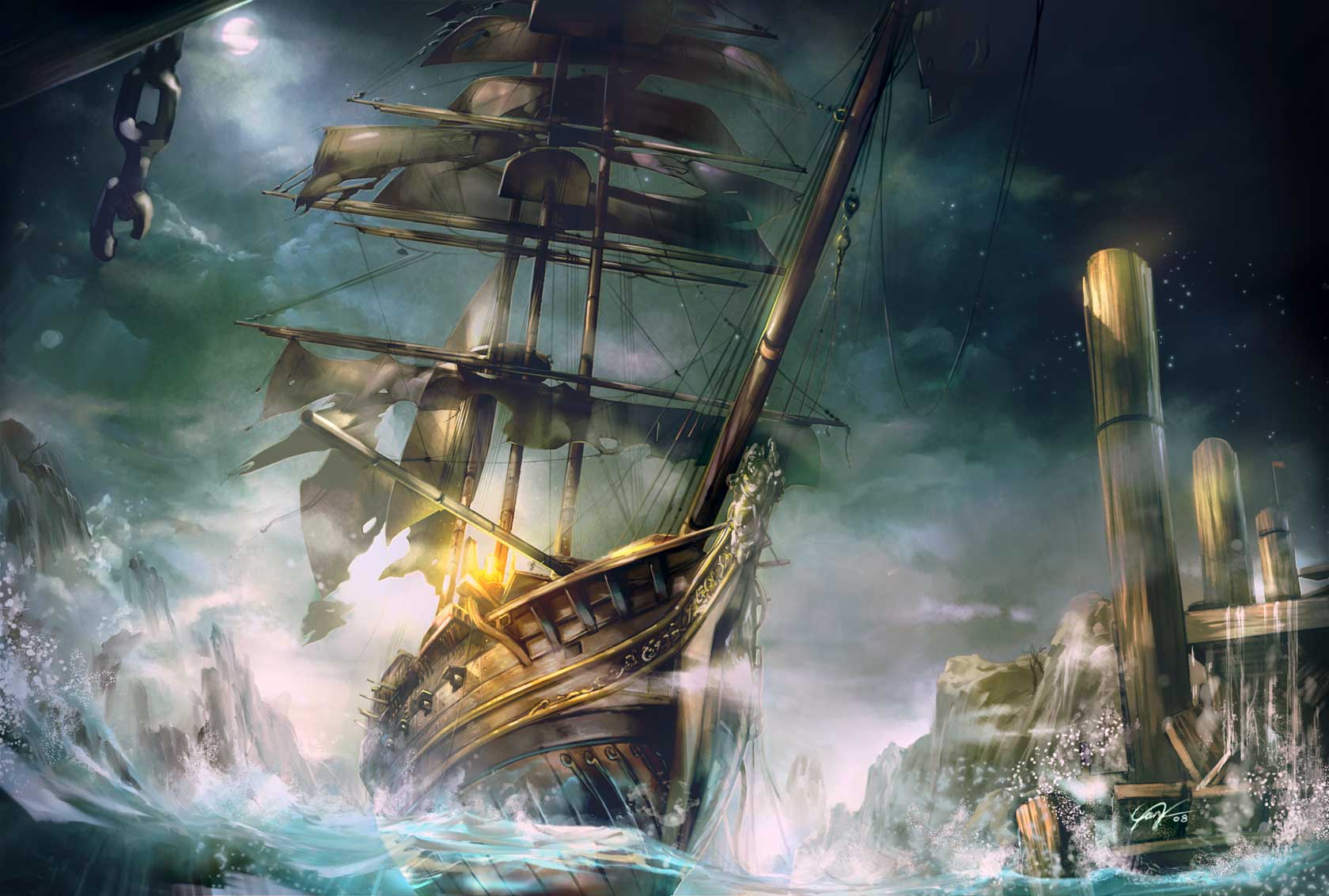