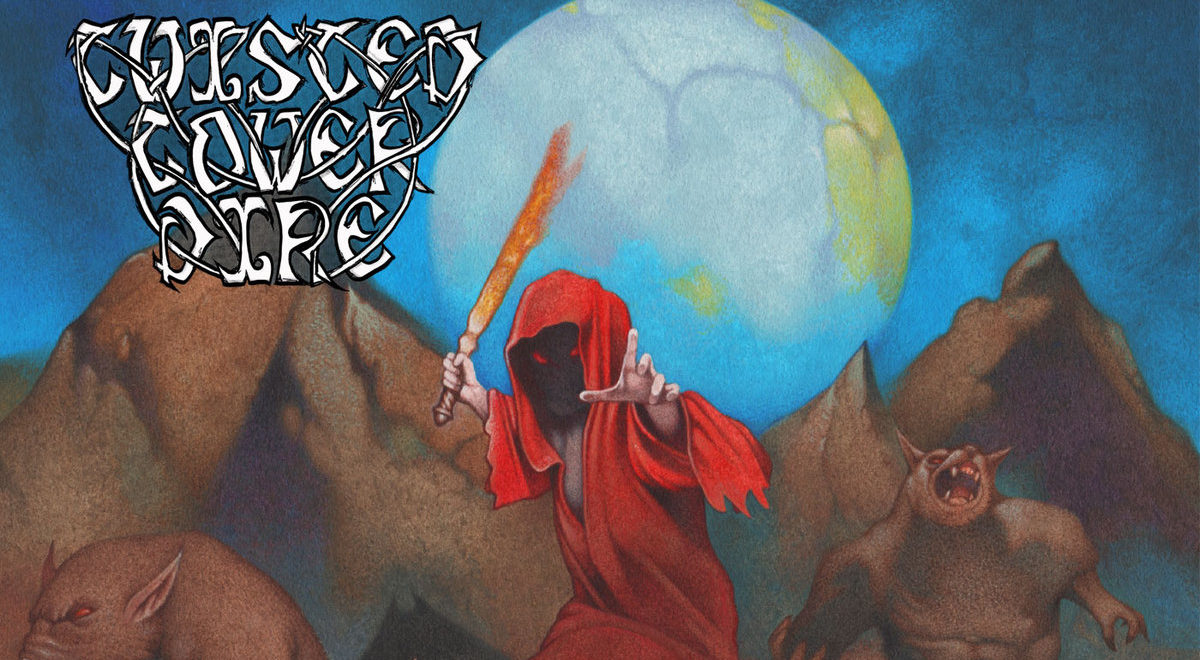 Getting into Twisted Tower Dire maybe more complicated than most people are willing to venture. This of course doesn’t matter if you have already been into the band prior to 2019 or never hearing anything from this band except for this record. Twisted Tower Dire has had a long history of contemporary power metal with members weaving in and out of bands like October 31, Walpyrgus, While Heaven Wept and even the maligned Arghoslent. If those first three bands ring any bells, it is a good indication on where Twisted Tower Dire begins which is in the fantasy realm of power metal just played by a bunch of Virginia locals. Wars In The Unknown is the band’s 6th record and for someone who has only seen their name in passing lists from USPM dorks, this was an entertaining record that felt like riding a mystical beast or maybe a motorcycle or maybe a combination of both.

One of the reasons for approaching Twisted Tower Dire with caution is fact for its recent second phase with a new singer. Jonny Aune, since 2010, has taken vocal duties following the death of longtime vocalist Tony Taylor. Taylor was not the first vocalist for the band but is the one that appeared on some of the bands more memorable records including 2003’s Crest off the Martyrs. Jonny Aune’s vocals certainly compliments the music with the newest record pushing the Aune’s talents to the forefront with songs like “And The Sharks Came Then” which could be a rousing ship song backed by a gruff compliment of sailors. Wars in the Unknown, comparatively to 2011’s Make It Dark succeeds in the same quest to bring vocal heavy power metal just with more pleasing conclusions. Almost every song on Wars in the Unknown has memorable moments ranging from soaring vocals to classic riffs, to ludicrous guitar solos.

Twisted Tower dire might be on the lesser known side for power metal but will be welcomed for anyone who is into Eternal Champion or Visigoth — both album that should be in your library. I feel I am pitching this band when I think what I am doing is merely pitching a sound as the realm of new traditional metal has grown from thing that few people listened to to something that had a wave and finally a sound which has a continual output of good music. Sometimes these new records come from bands that were doing it way before it was cool again.