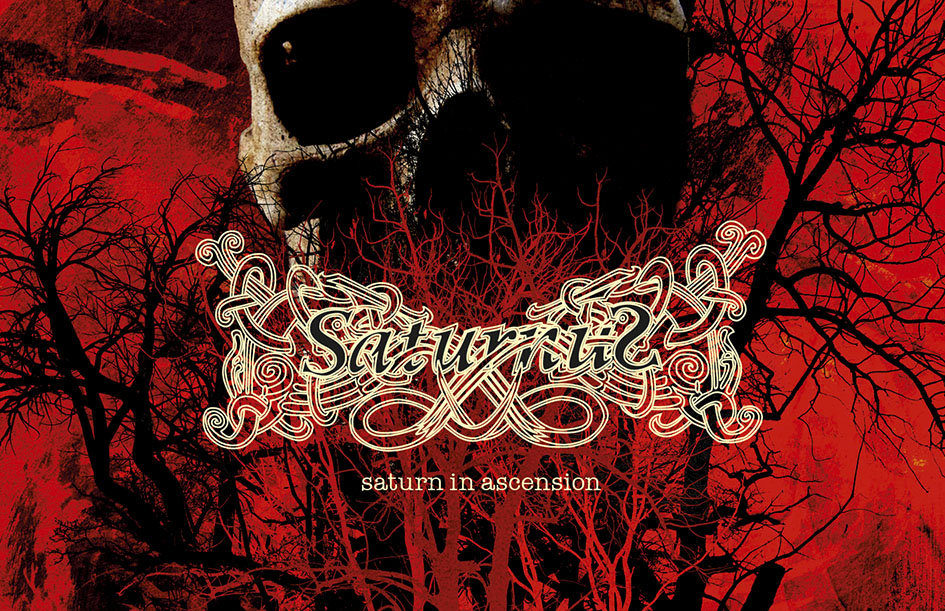 Death-doom is a tricky style. Melodic-death-doom is even trickier, especially when it doesn’t really exist. Death-doom unsurprisingly combines the intensity of both its parent genres in a rolling landscape of death and despair. The style has its roots in both gothic metal and the development of funeral doom. I am just going to assume that most death-doom is the same, yet some are more prone to emotional catharsis with melodic flairs than others. I am happy there seems to be a small group of bands continuing a legacy of death, doom, and emotional catharsis which moves at a glacial pace. Where would we be without these bands? Saturnus is one of them, and their sound is so distinct I sort of am wondering how this civilization grew so quick without most people noticing.

Saturnus is a Danish death-doom band who takes their damn time making albums. Formed in the mid 90’s, the band has released albums at a crawling pace, returning to the earth only once every six years. This does not seem to bother their fans as their videos and web pages are filled with nothing but positive and hyperbolic praises. Best band since Hayden? More beauty than everything in the Louvre times infinity? I think so. Saturn in Ascension is the band’s 4th record since their formation over 3 billion years ago. This sorrow…it is in the bedrock of the earth.

At 74 minutes, Saturn in Ascension takes it’s time in establishing its main arguments. One may want to sit down for the remainder of the record as they are in for a doozy. The entire span of the album can be exhausting to get through but by the end one is pleased for doing so. This is of course if you have no problems with growling vocals over a funerary tempo only pausing between grief ridden wails of guitar solos and female arias. Umm…I do not so I enjoyed the everlasting hell out of this record.

Much in the same tradition as Paradise Lost and Anathema, Saturnus breaks the world and spills its insides over mountains of sadness and remorse. The band has always retained a mixture of death growls and melodic interludes which may or may not have a lot of poetry involved. Compared to previous efforts, Saturnus returns to the lower pace which marked their first record in 1996 allowing the band to revel in their own constructed atmosphere. Saturnus hits the notes for emotional resonance as well as despair ridden brutality in stellar tracks like “Wind Torn,”and the unsurprisingly named “Mourning Sun.” Even the 7 minute ballad “Call Of The Raven Moon,” which is just spoken word over acoustic guitar, works in the album’s context right before the near 20 minute pair of closing tracks. Actually, I do not know when a 7 minute ballad should work but Saturnus’ attention to scenery makes it work without pause.

Saturnus wins this round because of confidence. The band already retains a healthy fan base and was going to make a record whether you heard it or not. There are more things at stake than your happiness. It is music like this which makes my language more flowery and romantic. Saturnus’ music is constructed from anguish which occasionally streaks across the sky like despondent comets. Oh yes, it is going to be like that now. Over icy torrents of forlorn melancholy, cathedrals of tribulation rise over agony filled dawns. I lift my broken body over the rotting rubble which litters the forest floor to see figures in gloom beneath the chapel ruins. It is Saturnus, and they are here to comfort me. How many more synonyms for sadness will fill this review? Doom awaken and envelop me.