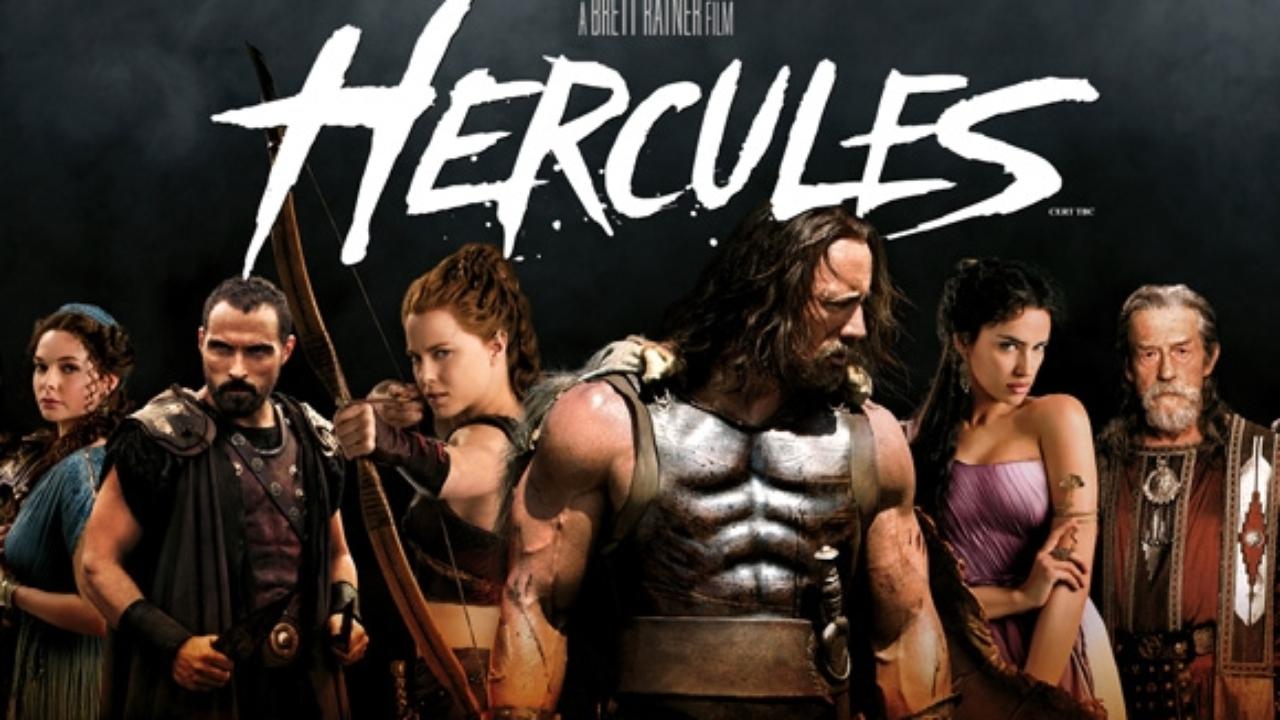 Though people may not know it yet, 2014 is the year of sword and sandal. Unlike its fraternal twin, sword and sorcery, sword and sandal trades magic for history as its battles are set in the lush landscapes of ancient Greece, Babylon, Rome, and Egypt. At this point in the year, we have already seen 300: Rise of an Empire, Pompeii, and the first Hercules adaptation. On the horizon, audiences can look forward to the Ridley Scott retelling of Moses, aptly named Exodus: Gods and Kings. At this very moment though, is the second, and probably the first to be produced, Hercules film helmed by Brett Ratner. I can’t wait. Maybe I can.

It is impossible not to compare conflicting Herculi movies released in the same year. It is also difficult to pinpoint which Hercules production started first. Hercules, the Dwayne Johnson movie, was announced at the end of 2012 with great fanfare regarding its treatment of the character. The Legend of Hercules starring Sean Hood was released early in January without warning and much to the surprise of everyone. The Legend of Hercules followed a predictable origin path that focused heavily on the buff demigod getting the girl and overcoming his stepfather King Amphitryon. Hercules, the Brett Ratner film, departs from the origin story and focuses on the mythic strongman within the realm of mortals who live in the shadow of his own lore. Oh, one also has twice the budget. Hercules, the Brett Ratner telling, is based around the 2008 comic book created by recently deceased author Steven Moore. Moore’s story told the tale of the supposed demigod aided by a band of mercenaries. The myths and trials of Hercules, as explained in the story, were the result of good ol’ fashioned teamwork and friendship. The film is directly based on the first of two miniseries that detail the exploits of mercenaries hired by the Thracian king to train his army for an upcoming civil war. The Dungeons and Dragons-esque cast includes Hercules, a thief named Autolycus, barbaric warrior named Tydeus, an archer named Atalanta, prescient sage named Amphiarus, and, of course, everyone’s favorite bard Iolaus. Almost all of these characters have some root in the lore of Hercules. Iolaus also has the honor of already being portrayed in the Hercules television show and its spin off Xena Warrior Princess. Just wanted to let everyone know that this is serious business here.

Before we go any further, let me stress that Dwayne Johnson as Hercules is perhaps the most logical choice in terms of portrayal and spirit. Aside from the actors insane dedication to the physical aspects of the hero, Johnson also took on this role with artistic weight, preparing and immersing himself in it. Whether or not that helped to portray a guy wearing a lion hide is as of yet undetermined. What is known however, is that Johnson flipping horses and throwing normal sized men like ragdolls is damn entertaining.

Evaluating a film like Hercules must be done from the point of view that it is a summer film. The main point of Hercules is a believable vehicle in which tons of ass kicking and cool stunts can be unfolded like a picnic blanket of carnage. With this as a baseline, the basic premise for Hercules being removed from the world of myth is interesting, especially given that every other film embraces the same world of myth. Hercules has a clever beginning with reasonably likable characters aiding the legendary strongman. It is a fantastic world in which many adventures can be derived. What follows next is a predictable yet inoffensive thrill fest.

If I could sum up this film in one still, it would be this one.

Cotys, Dickhead King of Thrace, hires a band of mercenaries to aid him in a war against a sorcerer and his army of centaurs. This already is exciting, as the film is set up to have already divorced myth from reality so the reveal will be somewhere in the nature of deductive reasoning. Hercules and his men aid the supposedly weak king and his useless army through narrow victory against a village of green painted warriors. I am not spoiling anything but suffice to say a chariot with retractable blades plays a big part in the victory. After learning that the soldiers are in no way ready to fight the evil sorcerer the audience is treated to a goddamn obvious montage scene which follows every rule in the book in terms of gradual betterment. Hercules and his crew outfit the entire army with new weapons and armor because this movie is more like a video game than anything. The decisive battle against the not really a sorcerer Rhesus ends in a well deserved victory won with hard work and the fact that there are no such things as fucking centaurs. The group of mercenaries are treated to gold and everything is fine…or is it.

I usually do not care about spoilers for these types of films but if you are planning on seeing it…just skip to the last paragraph.

The twist in the film is surprising in the fact that it is so unbelievable, it is baffling when executed. The weak king of Thrace is actually a bloodthirsty warlord who turns from pleading king to one of the most despicable villains in recent memory. This is accomplished by having him be so illogically evil, the audience is left with nothing but hatred for this character. Aside from being an ungrateful dick, Cotys harps on Hercules with the grim memories of his family being slaughtered. This is something that haunts the character throughout the film. It is later revealed that his old king, Eurystheus, was behind his family’s murder and if this is all coming out of left field, it is okay because that part of the story was super underdeveloped. Surprise. We tricked you because there was no reasonable way you could see this coming. Eurystheus turns out to be another despicable character whose only motivation is power, greed, and the death of others by his pet wolves. Oh, yeah, there is also a slight romance and family bonding via Cotys’ daughter and son Arius but seriously, it is not worth talking about.

The film comes to a dramatic conclusion with increasing absurdity, including a dramatic speech, displays of great strength, and the physics of fire being exaggerated for purposes of the film. I understand the need for action but one of the best parts about action movies is being allowed to suspend disbelief rather than trying to ignore logic and reason. I wanted nothing more than to escape into the world of ancient myth for an afternoon. Hercules begins with all good intentions but soon ends like a cutscene of a video game that has the audience trying to constantly X out of the dialogue.