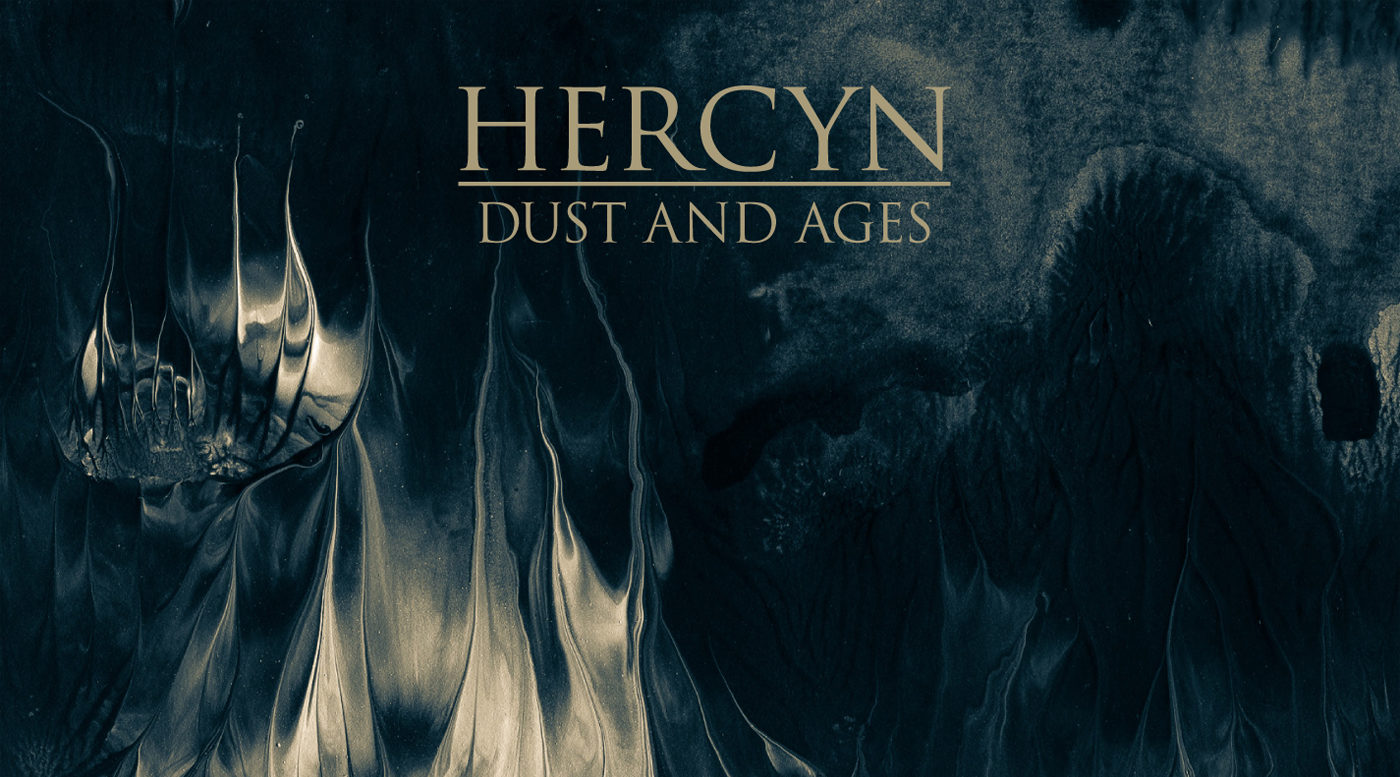 “Dust and Ages” is the first full album from Jersey-based metalers Hercyn, though I use that term lightly. Their previous work consists entirely of “Magda”, a 24 minute ultrasingle that’s universally adored by the 200ish people who’ve heard it; “All this suffering is not enough”, a collaboration between themselves and “Thera Roya” a different indie outfit who I assume (based entirely off their latest album art) make songs about moon people who explode into fish.

Well, that or drugs.

Similarly, If you’d only heard “Magda” you might assume Hercyn exclusively make some of the best ambient metal you’ve ever heard. Thankfully, chances are good this is the same impression their latest, “Dust and Ages” would give you.

The pacing is fantastically measured, a must for songs as long as this, which keeps the impression of scale without ever running out of things to say. Though the rhythm sections might feel a little slow for lovers of more typical metal, if you’re a fan of the stranger stuff this will hit the spot like a neutronium sledgehammer. Think a mix of the equally word-mashy Drudkh with more than a pinch of an orchestral ambience and slow build of Godspeed you! Black emperor. This is especially prevalent in the opening track, “Dust”, which consists of a single building riff, a softer acoustic accompaniment and what I swear is monastic chanting that hovers faintly out of earshot.

Each of the four songs has a distinct rhythm, with “Of ruin”’s chaotic and unpredictable soundscape giving me the rare opportunity to use the word cacophony without exaggeration. Heavy grinding black riffs dominate, almost subsuming the thick growling vocals into their rough, gritty mass. This makes understanding the lyrics almost impossible, but I don’t believe it matters; the voice is just another instrument here, and one used for great rhythmic effect if nothing else. This goes doubly so for the moments, inter-sped throughout the album, where cleaner guitar work comes to the fore with a faster riffing and more traditional structure. The end of “Of ruin” and peaceful middle section of “Storm before the Flood” are both great examples of this: a shift in musical focus that pulls your attention back, ready to drown in the chaotic blackness to come.

This is all topped off masterfully with “Ages” which ends the album with four minutes of quiet, soulful metal and distant radio chatter, brilliantly raising the question “Why hasn’t anybody heard of these guys yet?” Ambient metal might be a niche subject within a niche subject, but that’s no excuse for the absurd lack of attention being afforded a band as good as this. If you’ve any appreciation for ambient, black or prog metal you owe it to yourself to give this album your attention.

Unless you’re an asshole, but even then, do it anyway.