TWILIGHT FORCE – Dawn Of The Dragonstar 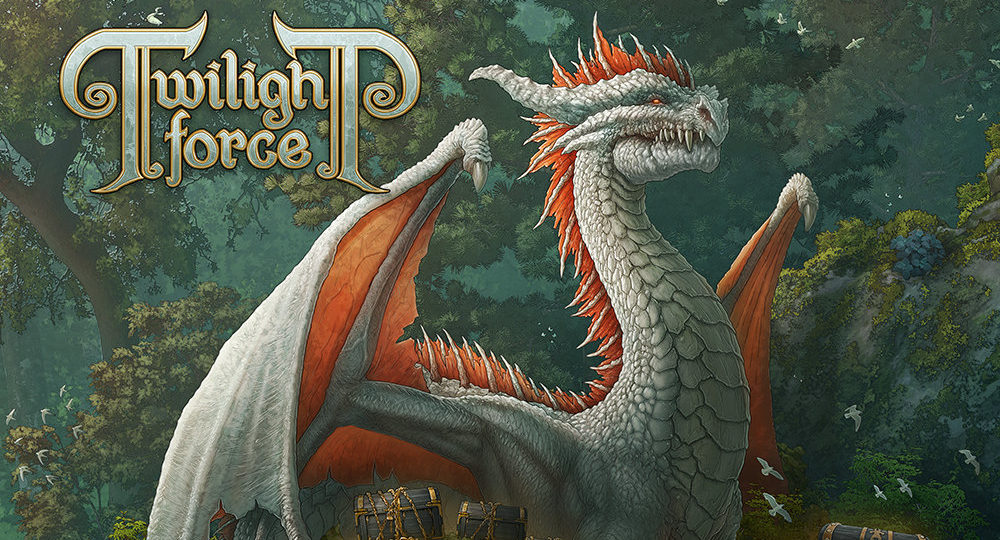 Here we go again. I have always loved Twilight Force as they seem to occupy a narrow space between goofy and to be taken seriously. I love them despite having less than favorable views of similar bands that lean away from the middle ground. Despite the band sounding and modeling themselves as the LARP power metal band, Twilight Force for the past three records has carved out a niche of music for people who want to have fun with their symphonic power metal but also need some solid ground to stand. Never taking themselves too seriously nor being too self deprecating, Dawn Of The Dragonstar is another chapter in this Swedish band’s deep dive into escapism.

Twilight Force has been a minor success for most of their career. The band gained popularity in 2014 when they toured alongside of Gloryhammer. Despite my misgivings on Gloryhammer, Twilight Force’s music fit that pairing and began their weird relationship with the sacred and the irreverent. Over the next record, Heroes of Mighty Magic, the band shaped their outlook on the power metal world and continued to be there for people who stumbled upon them entirely by accident. 2019 seems like a new phase for the band as their original singer, Christian Eriksson has been replaced with Alessandro Conti . The reason I mention this fact is not because of the change in music, as I hardly noticed the lineup switch, but because Alessandro Conti was the vocalist for Luca Turilli’s Rhapsody before the band dissolved into Turilli / Lione Rhapsody. Conti also hjad a one of album with Fabio Lione, of Rhapsody, in 2018 with their self titled Lione / Conti. I maybe getting ahead of myself but this fact plants Twilight Force, now more than ever, into the self designated Rhapsodiverse.

After the initial opener, which also acts as the band’s single, Twilight force continues strong with a rounded collection of operatic vocals and stadium sounding guitar solos. Songs like “Thundersword,” act as an overture in sound and style declaring “Long time age an ancient warrior forged a sword / A mighty sword of shinning powers, and of hope.” We are going to be honest in saying these lyrics don’t inspire awe in its prose but Dawn of the Dragonstar acts just as a 1000 page fantasy novel does in its ease into escapism with little care for the world it leaves behind. What seems like gimmicky power metal is only a band that loves what they do and makes everyone else sing along with them. The band’s love for the theatrics and insistence that their videos be kinda jokey is only apart of their personality but with eyes closes, Dawn of the Dragonstar is one of the band’s most successful records since they have had a few records already to center themselves to do whatever they need to do.