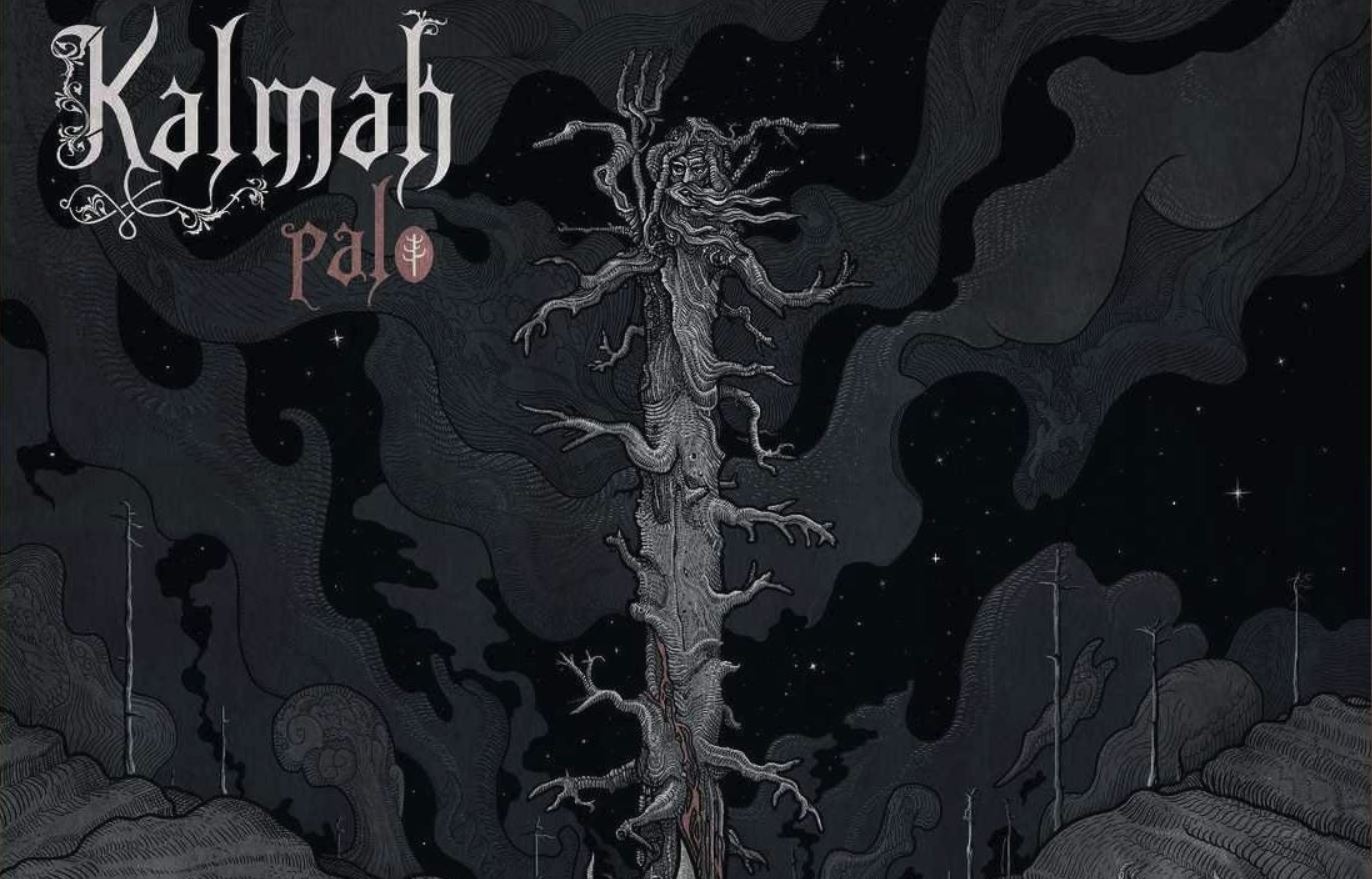 Sometimes with melodic death / power, I am later when actually reviewing the records. This Kalmah record technically came out in June of this year which in the landscape of heavy metal is sometimes ages ago. Our editor always likes to think of these pieces as timeless and without date so we can assume this Kalmah record came out every year. Also before getting into this record, I would like to state for the record that I have not listened to a Kalmah record before despite seeing this Finnish band was particular popular in the mid 00’s. My review and opinions are based on what I am listening to now without any judgmental prejudices.

I love reading the lyrical themes posted on Metal Archives. I have no idea if they are written by fan submitters or the band itself but sometimes they are some of the best aspects of the music. From swamps on is a rollercoster of themes. I guess hunting and fishing can be particularly deep themes when one talks about the connection to earth and ones mastery over nature. Outside of the easy joke that hunting is “metal,” there are historic connections which tie humans to the practice of the hunt. the themes also, if they are true, can be tied to the music of melodic death and power which is both hard and triumphant at the same time. I do not know how much fantasy is intertwined with the themes of hunting and fishing and by the looks of their previous lyrics it seems like a lot but this is certainly an interesting point to start with the band.

Melodic death has never been my favorite style of music. While I can understand how it is a great start for people getting into extreme metal, I found other genres more engaging. Additionally, in the larger landscape of 2018 metal music, melodic death does not make up a large section of new music compared to black, death, and doom. This is why melodic death, when it is interesting, lands with all its intentions of engagement. Palo is Kalmah’s 8th record and 20th birthday as a band. Their lineup has been remarkably stable since 2001 with the exception of its keyboard slot. While it is easy to say the two brothers Pekka Kokko and Antti Kokko make up the core of the band, the addition of Timo Lehtinen and Janne Kusmin are very much apart of this equation. While I said this band is new to me, the sound of Palo is refreshing to and has the air of a band who has their focus sharpened for hunting. Palo is entertaining, dramatic, and engaging on multiple levels but specifically for people into acrobatic guitarwork. Its harsh moments are fierce while the melodic notions make for fun repeated listens which I beleive can be laid at the feat of a band who has done this a few times before.

I always like finding records like this to round out what seems like an insane amount of black and death each year. It is also interesting to find records which can be showcased to highlight heavy metal’s diversity each year. Kalmah is for many people, even if they are not inclined to enjoy melodic death. Despite the off beat lyrical themes, come for amazing guitars, good structure, and an experience which will make a visceral mark.