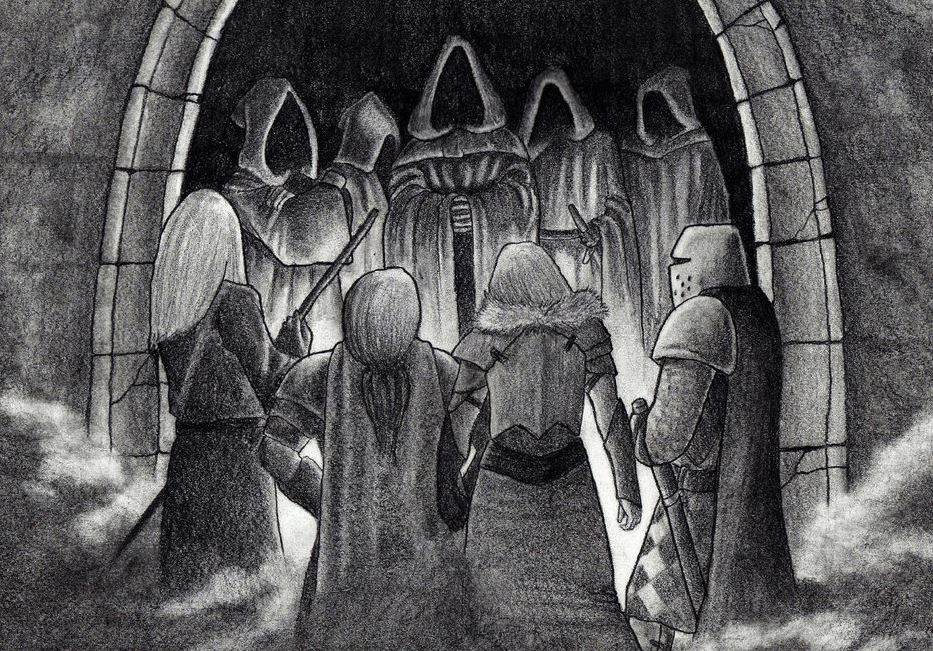 This is the 12th and final dungeon synth compilation to be released in 2017. This is also the final compilation volume to be released for the foreseeable future at least in this current iteration. In the early past of 2017, a few people on the Facebook group had an idea to release a compilation of work by community members. At around the same time, the members of the DS forum had the same idea. Instead of having rival compilations, both entities consolidated submissions and released it under the same banner. This lead to the first three volumes of the dungeon synth compilation. While I have talked about the initial divide between the traditional and experimental volumes, the third one was always dedicated to the narrative. Since the beginning, the members of the DS forum wanted to make a story and use their songs as chapters in a continuing book. With the release of Disciples of the Shadow Realm, this story concludes with the woods now on fire.

Dungeon synth has been a wonderful genre to see small and large stories play out within records. The genre lends itself to an immersive sound made by creators who fancy the fantastic. Narrative records are something quite common within dungeon synth so a collaborative venture where each creator plays a role is not too novel. The idea was to create a story of mysterious cloaked figures meeting in a forest at night. the songs would act as the introductions to the character with the title being a description. Titles like “The Ancient Apparition,” “The Dark Herbalist,” and ” Sultan of Sunken Lichlands,” were all drawn from heavy fantasy and pulp fiction. From there, each volume would see the group of keepers continue their journey with each volume dictating the story based on the mood and descriptions of the submissions. Though there could never be dynamic depth in terms of storytelling, the fact these keepers met, presented artifacts, travelled to the shadow realm and now took on apprentices is monumental in terms of collaborative musical storytelling.

Disciples ends with contributions from some of the more active members of the DS community. Delvok, Chaucerian Myth, Tarkin Turfer, Nebulosa, and Ossa Coronata conclude the story with new songs both serene and eerie. From the ethereal somberness of Lusitano to the synthesized blast beats of Mitternacht, the sound from this compilation is both unorthodox and entirely unique. While I never thought the forum compilations were destined for large audiences, the four installments have taken on a unique character, one that is creative and unchained enough to make a musical RPG and see it to the end.

The Dungeon Synth Compilation is ending as a regular cycle of volumes. In the future there maybe another set of releases but in different format. The funds that were collected during this process have gone to making it free for anyone as well as artwork for the compilations. The remaining treasury will be going to production for physical products or commissions for future compilations. I want to thank everyone involved in this 12 volume series as it has been grand listening to everyones submission for the year. I have always enjoyed series and seeing something finish is just as wonderful as beginning. Until the light is bestowed upon us again, goodnight.