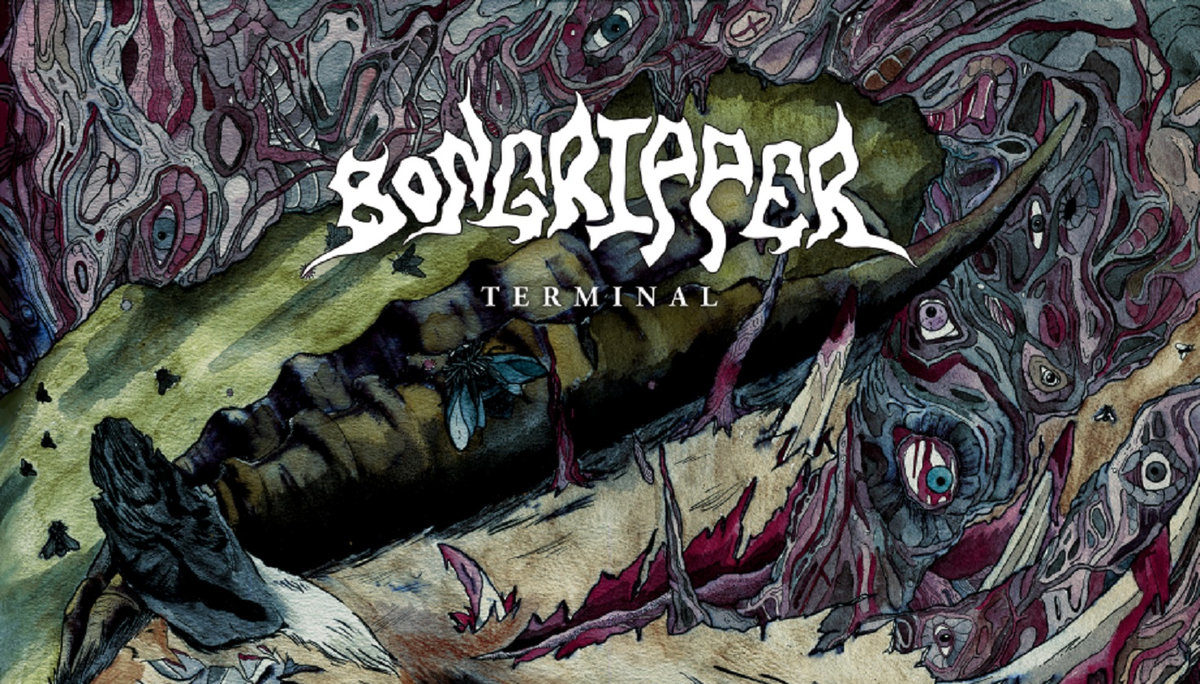 I know I say a lot that these metal reviews are not fitting of the site but as an exception. Bongripper could be the furthest thing from fantasy metal as I can ascertain but we are traveling to the realms of stoner doom and while the genre certainly has its own flair for the fantastic they also have one goal in min which is pure suffocation. Terminal is the band’s 7th record for this instrumental stoner doom act and by the two tracks which total over 40 minutes, they are not giving up the drugs of heaviness.

Instrumental metal can be a boon to people as sometimes vocals get in the way people’s enjoyment for heavy music. Bongripper’s music is not unlike other disciples of smoke such as Bongzilla, Ufomammut, Belzebong, and perhaps the two high priests of high music; Electric Wizard and Sleep. What is different about Bongripper is the instrumental quality which showcases the its glacial riffs without the interjection of vocals. Terminal, much like the band’s other works, isn’t just stoner doom with the vocals removed rather is a cascading journey into the psychedelic mind as it slowly implodes from pressure.

I know I am making it seem oppressive and unfun but Terminal is quite enjoyable for any fans of heavy music and even instrumental music as its long time spent which each track doesn’t go for the throat the entire time rather spends a considerable time in interludes, segues, and reprieves before the inevitable fall of the hammer. The first song “Slow” has numerable parts which are as interesting as its main riff. Though the premiere event for “Slow” is its crowd pleasing heaviness, the more airy sections are just as enticing.

“Death” is the conclusion of the album which like previous records completes the sentence strung in song titles. Doom is sometimes predictable in its tone but often times that is exactly what the aesthetic requires. “Death,” much like “Slow” completes the cycle of despondency by interlacing heavy riffs with foreboding melodies and as a consoling end gives the whole album closure just not with any of the warm feelings usually associated with the idea. For someone who is lukewarm regarding doom as oppose to other heavy metal genres, Bongripper is fast becoming an unstoppable behemoth in the scene which rather moving at any discernible pace they are trudging along at their own high speed.