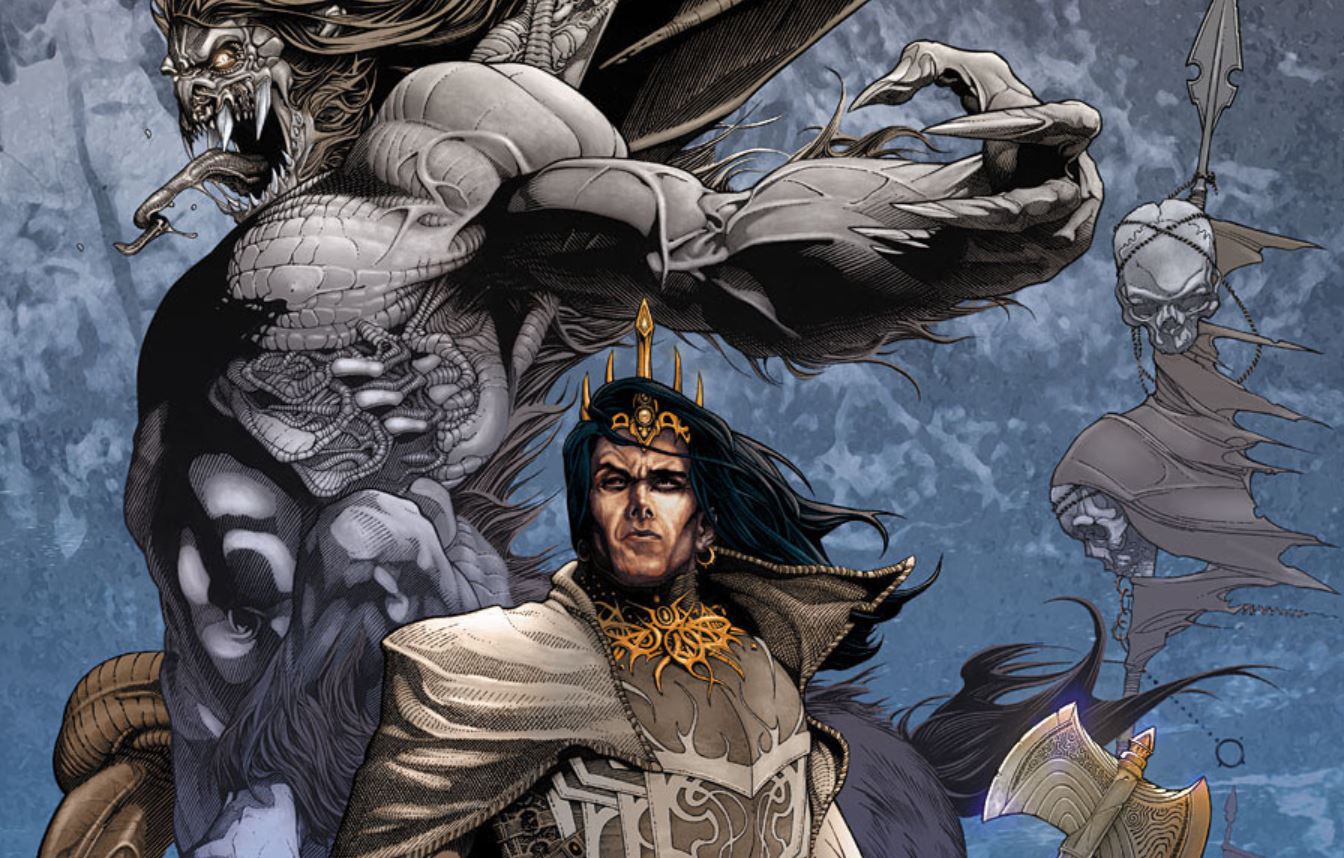 Okay let us be really honest here. We know that you are here because you like fantasy comics and we already know that Darkhorse has a stalker like fascination with the works of Robert E Howard. I know that I have talked before about Dark Horse’s multiple concurrent series of Conan but did I fail to mention smaller albeit still impressive series dealing with Kull? I didn’t? Well then let me inform you. Please sit down, this may take a little bit.

Kull of Atlantis is Conan’s older, less popular cousin or even step brother. Now the two are not related in narrative terms but in terms of writing, Kull is like an early draft of what would later become Conan. Conan would bring his publication history in the early 1930’s whereas Kull was seeing print by 1929. Ultimately the two would run together in terms of writing but in setting, Kull predates Conan’s Hyborian Age by an unspecified amount of time in a time called the Thurian Age. Both Ages, in Howard’s continuum as separated by the Great Cataclysm. Kull, and the rest of the Thurian Age, deals with the time before Atlantis sunk to the bottom of the sea and the Hyborian Age began. Kull of Atlantis is very similar to Conan in that the worlds of magic,sex, adventure, and violence come crashing together in a dazzling dance of juvenile glee. 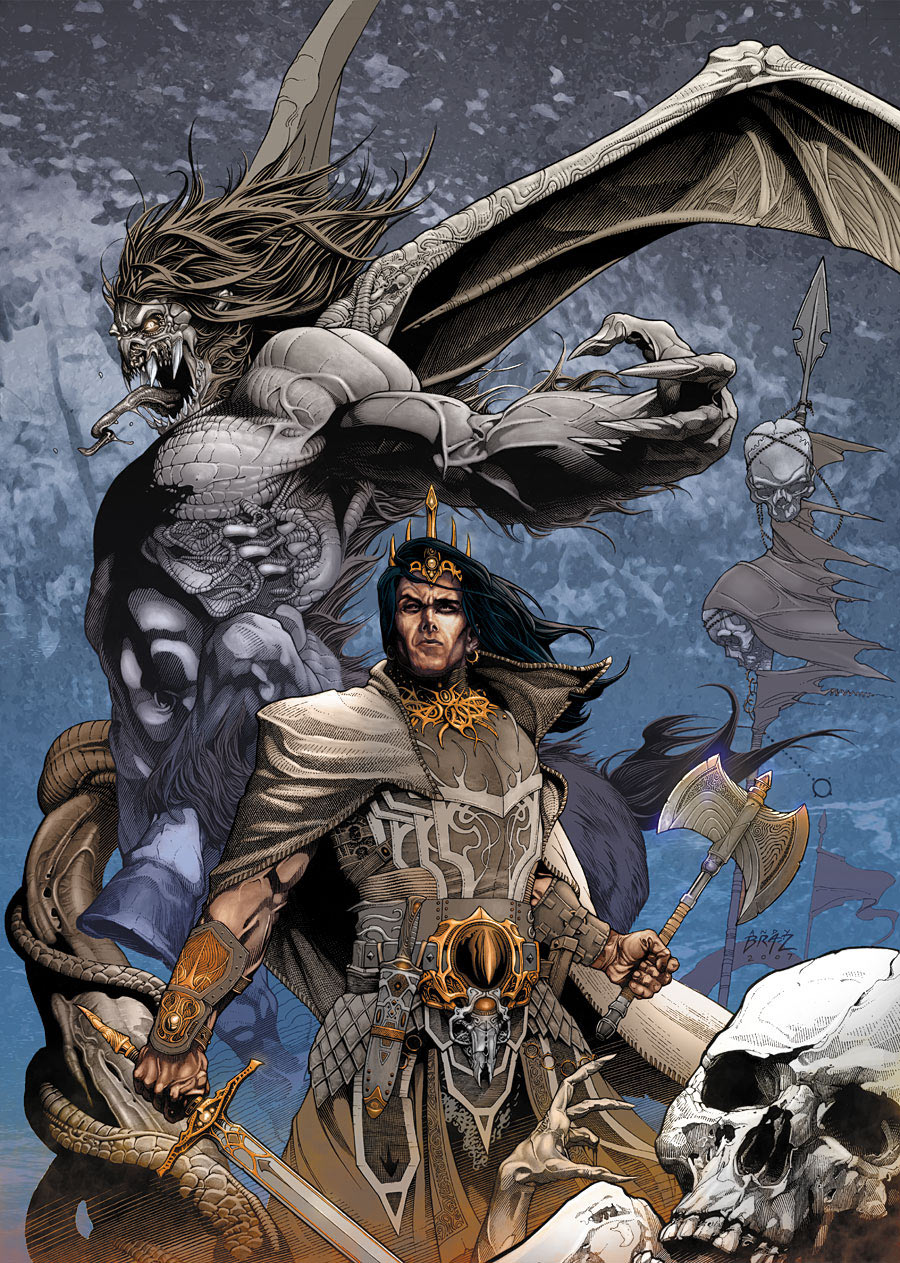 Kull had an initial run in the comics during the long stretch of 1971 to 1985. Kull The Conqueror was a formidable staple in the Marvel universe and is now collected alongside Conan in the Savage Sword compendiums. The Shadow Kingdom now only represents one of Kull’s most famous stories but it signals the launch of the character in the slick storytelling of contemporary comics. Writer Arvid Nelson with art from Will Conrad and José Villarrubia make a splendid team to bring the character back to the fierce roots of blood, sex, and treasure. By the opening pages of the first issue, the Kull storyline operates in the space of moral ambiguity and harsh consequences to issues of loyalty. The world of Valusia and its regime change is not one for lily flowers and idyllic talk.

The Shadow Kingdom was written sometime by Howard in the 1920’s but saw publication in Weird Tales in 1929. Finding himself king of Valusia, Kull negotiates his barbaric legitimacy on the throne. One of the Atlantean blood enemies are the Picts and despite the Pictish ambassador challenging Kull to combat and disrespecting the throne, they detail Kull with a hunky bodyguard named Brule. Brule, identified by his bare chest and gold armlet, discover a plot by the Snakemen, an ancient race of shapeshifting monsters, to assassinate Kull and assume power. The deeply imaginative and immersive world of Howard screams from the tapestries in this story and as introductions to the character, I would be hard pressed to find a better story for greetings.

The comic adaptation of The Shadow Kingdom lives up as well as anyone can expect. The gruesome blood splatters of enemies at the hand our our hero are both lurid and entertaining as plumes of blood arc across the pages. The introduction of Brule continues the tradition of the shirtless bromance these two have etched into their own history. Both Conrad and Villarrubia do a wonderful job at bringing a character with almost a century in history into the contemporary realm of storytelling. Though some of Kull’s charm has always been its antiquated sense of goofy escapism, the first Darkhorse run has brought the story to a meeting ground between classic narrative and modern framing. 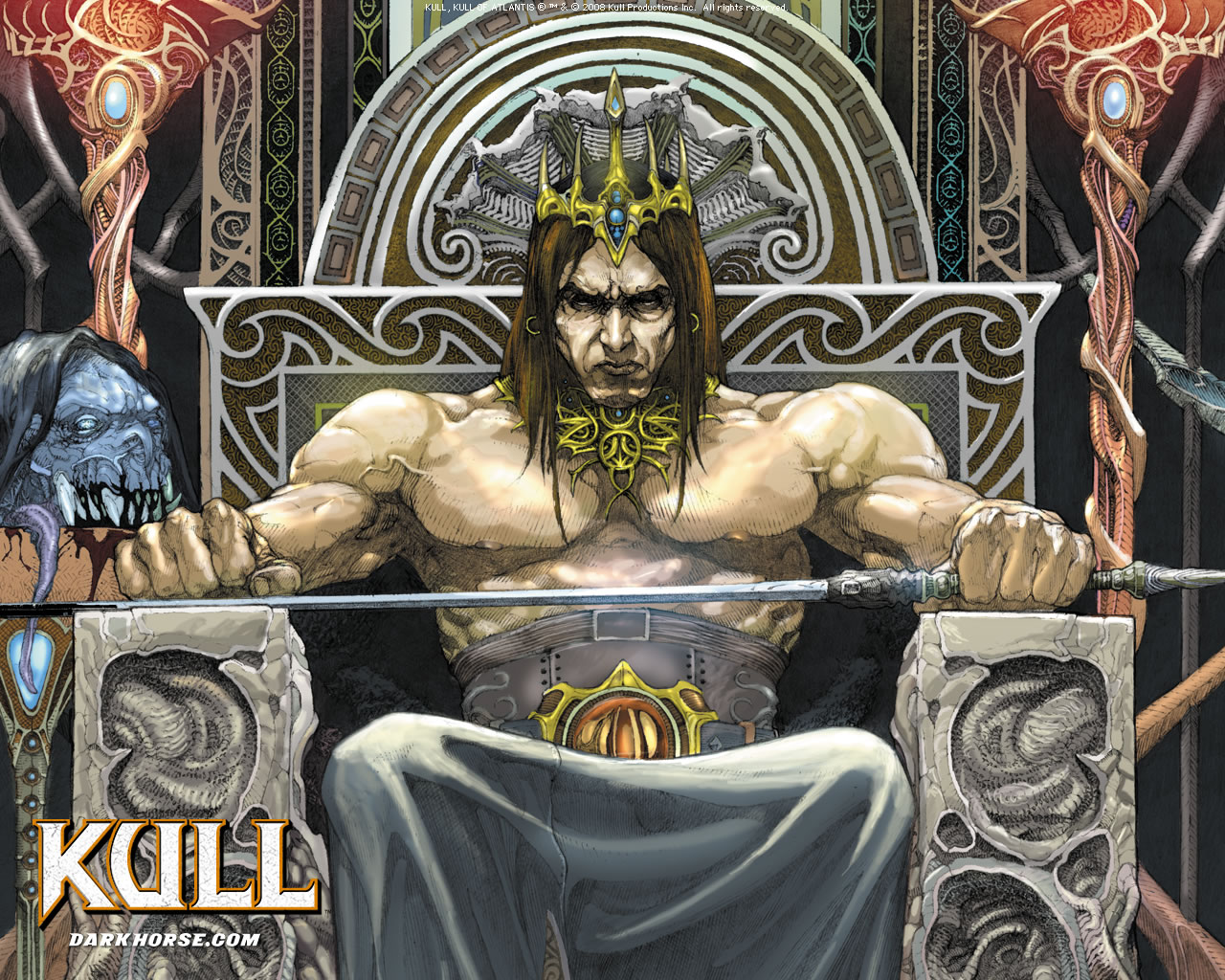 Kull has never been as famous as Conan. The Darkhorse series has seen miniseries based around Kull compared to two full series on Conan. Two more stories (the Hate Witch as well as the Cat And The Skull) are all that is written on this current incarnation. Compare this to almost 30 issues about Kull in the 70’s and one sees the current race of popularity. It will always remain in the shadow of his descendant Conan but for people interested in continuing their experience with Howard’s characters, I can think of few other books that would be as exciting for them. 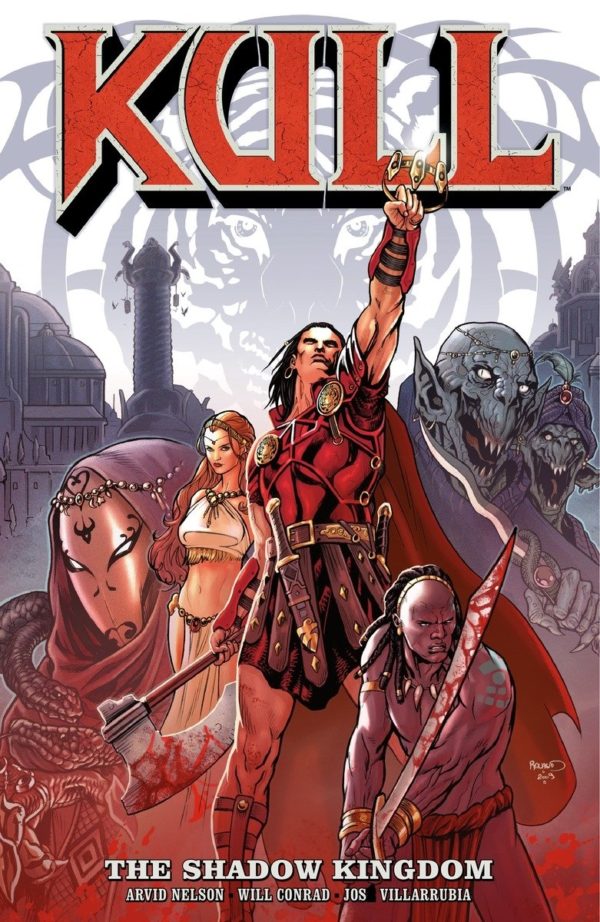