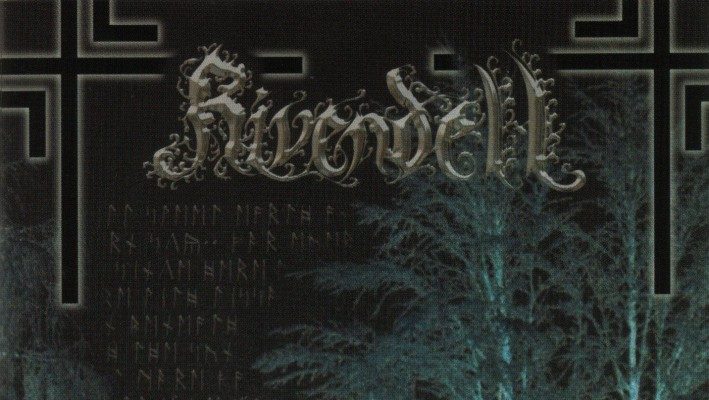 Every Friday, I meet with Brendan in his office overlooking the vast landscape of Los Angeles. This Friday, as usual, Brendan is reclining in a contemporary lounge chair distracted between reading the stocks from overseas and answering emails from an electronic tablet not yet available on the market. He is dressed in a manner that lies between relaxing comfort and elegant attire. A cup of warm tea fogs his silver framed reading glasses as he looks briefly at the tablet. Although it seemed the normal routine, today there began a different dynamic between us.

“You know the Hobbit opens this week,” he points out, in a casual but well placed manner.

“Yeah, I know,” I even more casually acknowledge.

“So are there any Tolkien bands currently putting out records?” He adds, looking above his glasses at me with a slight tense interest .

I glance at him with subdued contentment, “No. But there are a handful that I feel never got any of the recognition they deserved at the time.”

He looks relieved and says almost as a second thought, “Then, you know what to do?” He drinks deep from his cup, the steam coming from it gives off a faint earthy aroma. It is soothing yet focused.

“I think I do,” I confidently.

“So, are you wearing your costume?” He asks as almost an after thought, tapping his tablet casually.

I pause for a bit, my eyes focusing on one of the newest artworks which now adorns the vestibule area of his office. It is Barnett Newman’s Vir Heroicus Sublimi, something Brendan acquired after being mesmerized by its transcendental simplicity. There beyond its chromatic pantheon I smile, “My dear Brendan, ” I proudly state , “I am already wearing it for this review.”

Is it 2003 or 2012? I do not know and frankly, I do not care. Time seems to be slowing right now for one of the biggest events since Valar created the two lamps. I have already taken off of work because this week is being dedicated to catching up on older written material and making sure my cloak fits around my elven armor. Fuck everything else, The Hobbit is opening this week and it is time for Tolkien black metal.

Rivendell, of course, is the name of the fictional city in Tolkien´s Middle Earth, which lies on the western foothills of the Misty Mountains. This Elven city plays a vital role to important events in both the Hobbit and Lord of the Rings. Rivendell is also the name of an Austrian black folk metal project led by sole member and founder Gerold Laimer, also known as Falagar. Rivendell was formerly known as Fangorn which, for anyone keeping track, is the name of the forest in which Treebeard, the great Ent, resides. Well to be fair, Treebeard´s actual name is Fangorn in Sindarin, the language spoke by the Elves. Regardless, Rivendell, the band, is getting somewhat unexpected attention from the internet’s confusion with their song “Misty Mountains” being connected to the song used in the Hobbit film´s trailer. Both lyrics come from “Over the Misty Mountains Cold,” a poem found in The Hobbit. I wonder what people think when they realize the Rivendell song is not a cover, made in 2003, and is actually shrieking folk metal.

Black metal has always had a loving relationship with Tolkien. The Norwegian second wave has as much to do with Tolkien as with pagan gods and youthful murder. Murder I say. This is important to realize when listening to a band like Rivendell, as they are not some gleeful cover done in the excitement of an upcoming blockbuster, but rather the continuation of lore which has been written into the history of heavy metal. It is important to also realize that for every well-known Tolkien metal band like Burzum or Blind Guardian there exists hundreds more unknown and obscure. This was bound to happen. This feels natural. This feels ancient.

Elven Tears is the second release by Rivendell following a strong opener in 2000 with Ancient Glory. Much like the debut, Rivendell´s lyrics are taken directly from the songs and poems found across Tolkien´s works. This is why there was the mistake concerning the Hobbit film trailer. Word for word, stanza for stanza, inflection for inflection, Rivendell is the work of Tolkien come to life with the fiery breathes of blackened folk metal. The subject material does the best when it is taken to obsessive and sincere levels. The fact that the album is well constructed and thoroughly interesting throughout makes it even more deserving of merit.

Rivendell presents a very standard yet engaging mixture of folk instrumentation and black metal vocals. The music itself never reaches a tempo above a drunken swagger, which is interesting and joy inducing. Rivendell, oddly, also fuses together Middle Eastern motifs which, oddly again, work in the albums favor. The beat driven “Mithrandir” and “Dragon´s Lair” resonate echoes of traditional belly dance, which doesn´t really have anything to do with Middle Earth but I am having a hard time not being entertained. Besides small flourishes of oddities, Rivendell´s predictable structure never tires or bores. The album could have happened without the addition of the raspy vocals and perhaps could have reached a larger audience. The fact that Elven Tears holds fast to the tradition of Tolkien black metal makes it all the more appealing. I wonder if I would have run across this in 2003. Probably not. I didn´t even know what black metal was in 2003.

Rivendell is the sound of Elves, Men, Dwarves, and Orcs all meeting in mutual agreement. There is as much darkness as light in this record, which celebrates literature and fantasy in the best way possible. For those of you about to embark on a journey, enjoy yourselves. This is probably what people must have felt like during the late 70´s and early 80´s. High escapism ho!