THE WANDERING MIDGET – From the Meadows of Opium Dreams 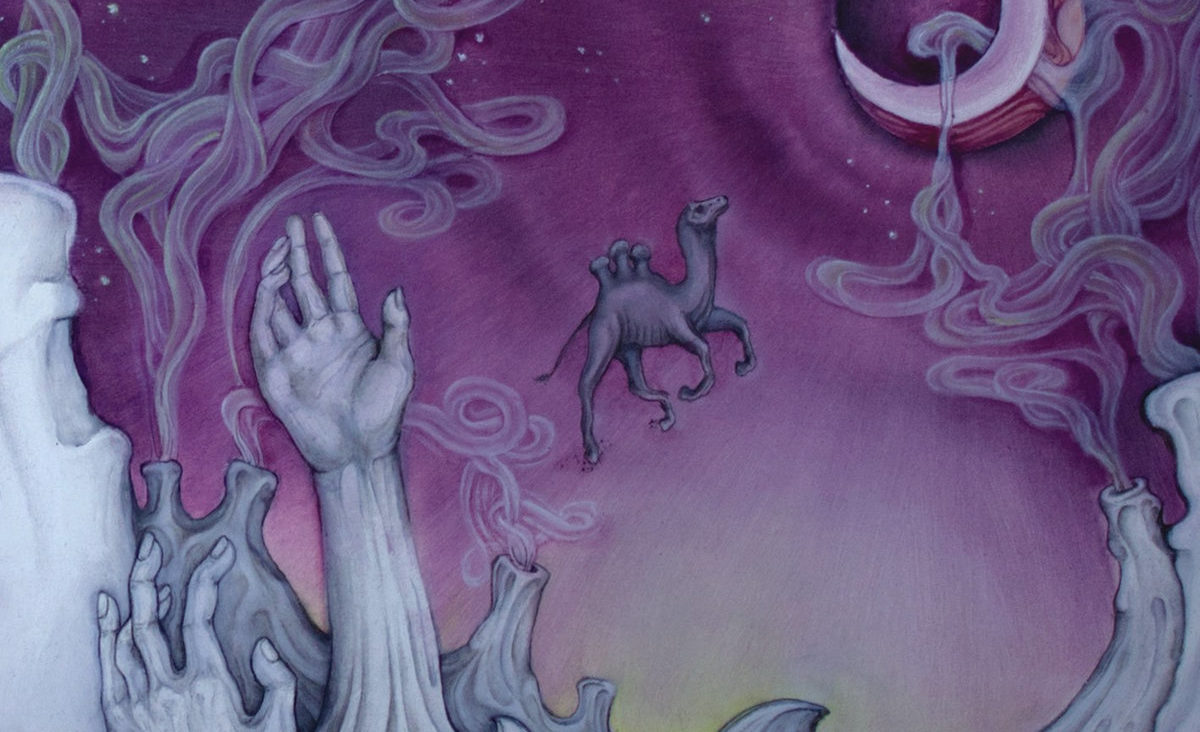 I was somewhat hesitant when I first began to review epic metal. It is not that I do not love taking up arms and charging headlong into the front line of whatever goblin ranks stand in my way, rather that I have never actively listened to vast amounts of power and folk metal. So far it has been going along swimmingly and by the end of listening to The Wandering Midget’s newest record From The Meadows of Opium Dreams, I think I have found a comfortable station in life. If things are kept at gargantuan track lengths, melodramatic representations, and a steady pace through doomed landscapes of pulp era fantasies, then I am one hundred percent on fucking board. Doom over this world.

Doom can be epic if given the chance. Bands like Candlemass, Solitude Aeternus, and Solstice have already shown their flair for operatic doom that embraces dramatic storylines. Additionally, nearly every style involved under the umbrella of doom has the potential to turn their low sound into odysseys of ominous wonder. The Wandering Midget marries stoner doom´s imagination with traditional doom´s structure in vocal presentation and execution. The band is instantly enjoyable due to their confident ability to go over the top on every single bullet point. Doom metal? How about fantasy doom for the end of ages set to a rousing skirmish between goblins and the last survivors of mankind on a warm afternoon in the year 50,000 AD Earth?

Much like Reverend Bizarre, The Wandering Midget proposes few but long tracks. At around 18-20 minutes, these lengths are by no means necessary to keep each song’s integrity. In fact, most of The Wandering Midgest´s actual strength comes in taking a 3 minute song and extending it to 16. This make the tracks themselves feel like the extended DVD commentary that takes a 90 minute movie and turns it into 4 hours with bonus features. Choirs, atmospheric interludes, wandering riffs, this shit keeps going on and I am loving every second.

Any band that has the time to split their songs into chapters is alright by my obsessive love for storytelling. From The Meadows of Opium Dreams feels more like a collection of fairy tales set to the driving rhythm of trepidation. “Temples in the Sky” and “Follow the Forest Lights” are laid out in three parts and most closely resemble a narcotic inspired vision set to music. These two songs are the albums highlights with “She Wolf” and “Prince of Fire” being secondary short stories.

My only criticism with The Wandering Midget is their heavy handed drug imagery. I know this may fall on deaf ears, but imaginative fantasy is great without the addition of pipes and hookahs in the background. I am not disparaging recreational drug use or the inspiration which may come in an opiate stupor, but there are some of us who may be squares that just love Clark Ashton Smith and drinking tea. Is that so wrong?