XANTHOCHROID – Blessed He With Boils 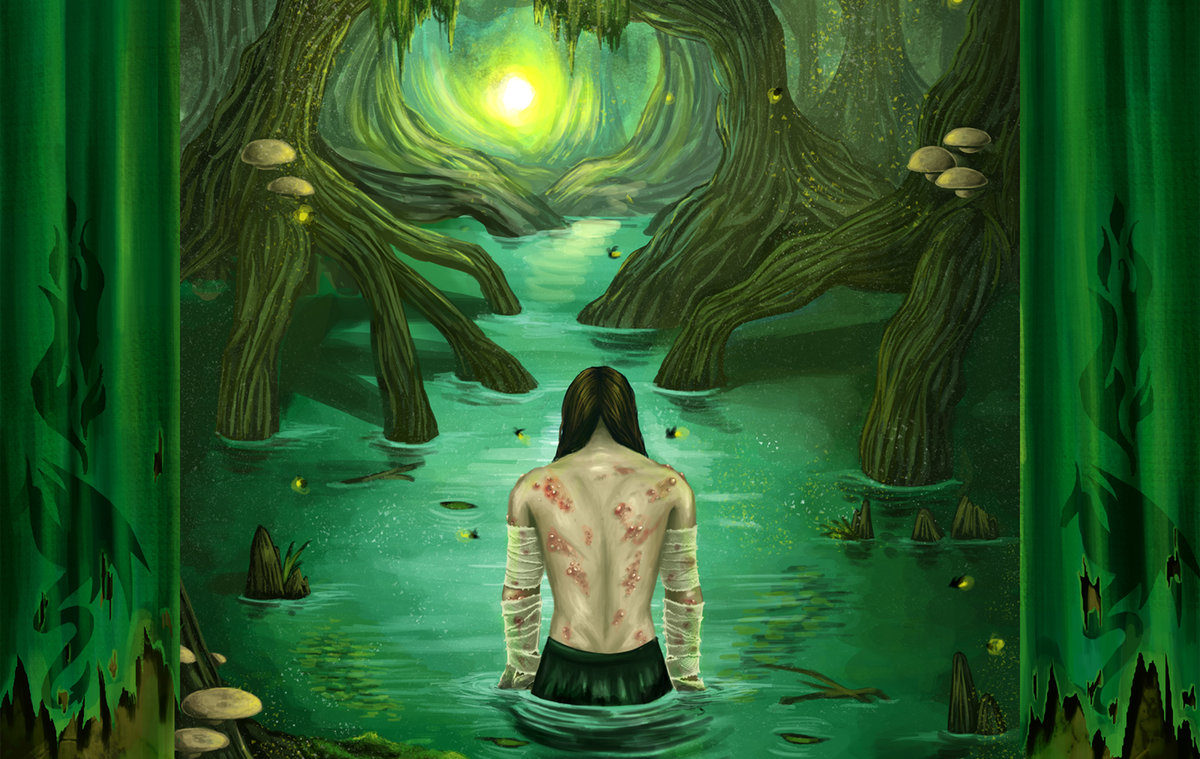 California quintet Xanthochroid’s debut album “Blessed He With Boils” is a combination of everything that’s right with modern Metal. It is sophisticated yet savage, theatrical without being silly, virtuosic but not self-indulgent. It takes all of the best aspects of forward-thinking bands like Emperor and Opeth and executes them marvelously while maintaining an original artistic voice. The modern Metal landscape is saturated with bands trying to be as loud and/or technical as possible in a desperate attempt to be noticed, but Xanthochroid elects to set themselves apart from the crowd by emotionally engaging the listener with musical and lyrical drama.

The album is a vehicle for frontman Sam Meador’s story of two warring siblings vying for their dead father’s throne. It is gripping narrative that the band brings to life with an impressive musical palette and skillful, nuanced performances. Savage growls and shrieks alternate with soaring cleans and somber chants, delicate acoustic passages rise from the ashes of fearsome guitar salvos, and punishing kick drum assaults stand in stark contrast to capricious piano flourishes. Meters and rhythms shift effortlessly and an expansive range of dynamics and tonalities prevent the music from feeling stale or trite.

The album is not style without substance, though, because at the core of the grandiose neo-Romanticism is a collection of well-crafted songs. “Long Live Our Lifeless King” may be a nearly nine-minute labyrinth of riffs, but it’s built upon a compelling refrain. “In Putris Stagnum” revolves around a similarly infectious chorus as well as a serpentine tremolo-picked riff that demands headbanging. That being said, though, this is a far cry from pop music. The songs are not simple collections of verses and choruses, but rather living things that evolve, grow, and flow into each other in a way that obscures their beginnings and endings.

If this album has a flaw, it’s the lack of a strong musical narrative to match the lyrical one. Outside of a common harmonic palette and a couple of modest instrumental quotes in “Aquatic Deathgate Existence” and “In Putris Stagnum” there isn’t much tying the songs together, musically speaking. The use of some leitmotifs would have really completed the picture, so to speak.

Driven by theatrical themes like betrayal, alienation, and despair, “Blessed He With Boils” is a bona fide Black Metal opera and a compelling voyage that will leave you both exhausted and hungry for more. I won’t spoil the fates of the story’s young aristocracy, but with this album Xanthochroid have certainly secured their place among modern Metal royalty.