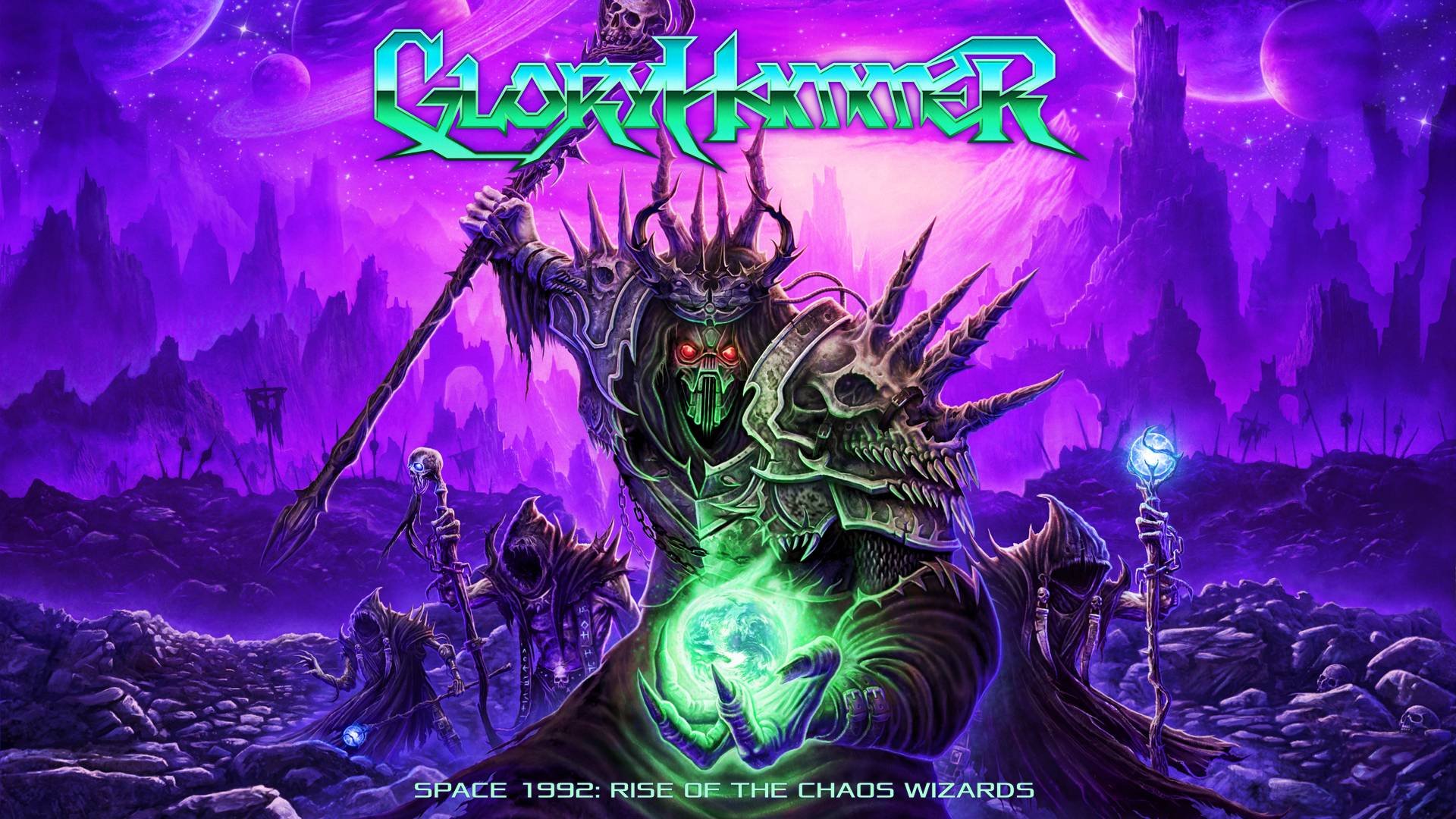 I apparently have a big problem with Gloryhammer. Back in 2010, the keyboardist for Alestorm formed a power metal band which would play with the tropes of power metal. 2013’s Tales from the Kingdom of Fife was an uneven balance between competent symphonic power metal and flat parody fantasy lyrics. See there I go again. Fuck. If I seem at all self-conscious about Gloryhammer it is only because I seem to be offended by this UK band’s seemingly jovial romp through absurdity. Why can’t I just relax?

Before we get into Space Wizards, I just want to clear the air and say I can take a joke. My problem with near parody power metal isn’t t that metal should be taken seriously rather that Tales from the Kingdom of Fife wasn’t funny enough or at least botched its humor. One of the largest obstacles of the band’s debut was the insistence of putting bland generic fantasy lyrics as centerpiece of joke instead of separating themselves as a standalone band with individual talent. Suddenly the joke for Gloryhammer sounded as good as Rhapsody and Stratovarius but with a shittier story. If I sound moody, it is only because I fail to see the need for parody power metal when there are dozens of serious bands that could probably fulfill the same want.

Space 1992 is the follow up which continues in the same universe, lyrically, as the previous record. The change for the album, as well as the band, is the introduction of a space opera theme which is a change from the high fantasy tropes which populated the first record. Alright, this is a pretty decent move I will admit as well as including a thematic approach which is an easy sell. Lyrically, the band refuses to stop giggling as they oscillate between pretty standard science fantasy lyrics and some wierdo anachronisms including “The Hollywood Hootsman**” as well as the Jpop fueled “Universe on Fire.” Whether or not Space 1992 is better than Tales, I do not know becasue Gloryhammer could just be wearing me down to the point of not caring anymore.

Musically, Gloryhammer has always been on point. The band’s ability with cloning power metal tropes into effortless melodies has been stunning. Space 1992 introduces new templates which graduate from the Rhapsody circle which guided their debut. Even the choir calls in “Legend of the Astral Hammer” and is hard not to at least tap one foot. I think I have finally resigned myself to the fact, this is never going to be an talented band making amazing serious music rather just a talented band making mediocre silly music. I can not fault them for doing what they have obviously been born to do and Space 1992 continues to craft their infamy in being the class clowns of power metal.