POWERWOLF – The Sacrament of Sin 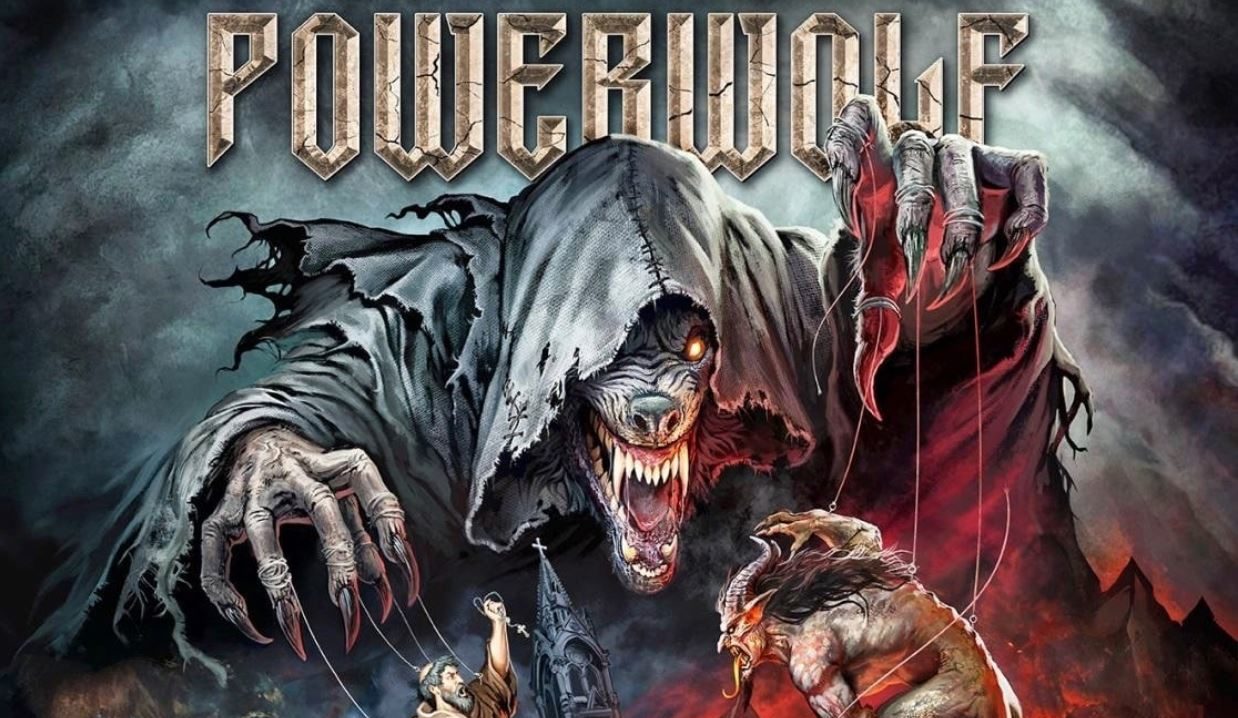 I have always been confused regarding the German power metal band Powerwolf. From a distance, this act seems to combine supernatural, historical, and religious themes in albums which sound like symphonic cascades and a Castlevania game come to life. While all of this sounds cool and something I would totally be into, the consistency and unerring path of Powerwolf has led to a career which is marketable if not a big blur for anyone looking in from the outside. Perhaps the newest album would slow down just enough for outsiders to jump on.

I am not going to bad mouth consistency as Powerwolf’s seven records since 2005 have been a steady and incremental road to an established sound. If one sits down and compares the later work to the band’s early records like Return in Bloodred, one will hear a band that has gone from gruff power metal to something more operatic and ultimately cinematic. Since the band’s lineup has surprisingly remained the same, the transition from drummer Stefan Gemballa to Roel van Helden could mark a change in sound with Tom Diener serving as holdover on Blood of the Saints. Since Blood of the Saints, the band has not only fully embraced the werewolf as spirit animal and thematic mascot but has flung themselves into a world where voices reach for the heavens and sights are set higher than cathedral spires. If one would fast forward to 2018, they would hear a band that are contemporaries with acts like Sabaton in their focus and even sound. It is easy to keep those two separate however as one writes about history however while the other mixes church sermons with pulp horror.

For as much as I forget any Powerwolf album I hear immediately after, the actual experience of their records is exhilarating. Through their continual trek through better production, the band has achieved a formula which may lead to most of their songs sounding the same but within that template is the stability of consistency. Even past the possible criticism about sameness lies an album which is still teeming with talent and strong performances from all of the band. The structure of the album with its preludes and atmosphere makes listening to it an experience which is similar to a big budget action film — one that fills the senses. It is just afterwards is the real test of the record whether or not we will be discussing it months from now or ever minutes after it concludes.

I do not want to come down to hard on this album as there are genuine moments of enjoyment such as the ripped from the 90’s power ballad “Where the Wild Wolves Have Gone,” and the mood on “Strossgebet,” and the vocal hooks on “Nightside of Siberia” and even a handful others which made The Sacrament of Sin enjoyable. For every moment of joy however came others which were not miserable, rather entirely expected, such as most of the singles. It seems that whenever there are song titles which can be repeated a dozen times that is the default plan for songwriting. Much is to be expected from a band that does not seem to be going anywhere and will probably have more albums for me to entertain myself in the future.