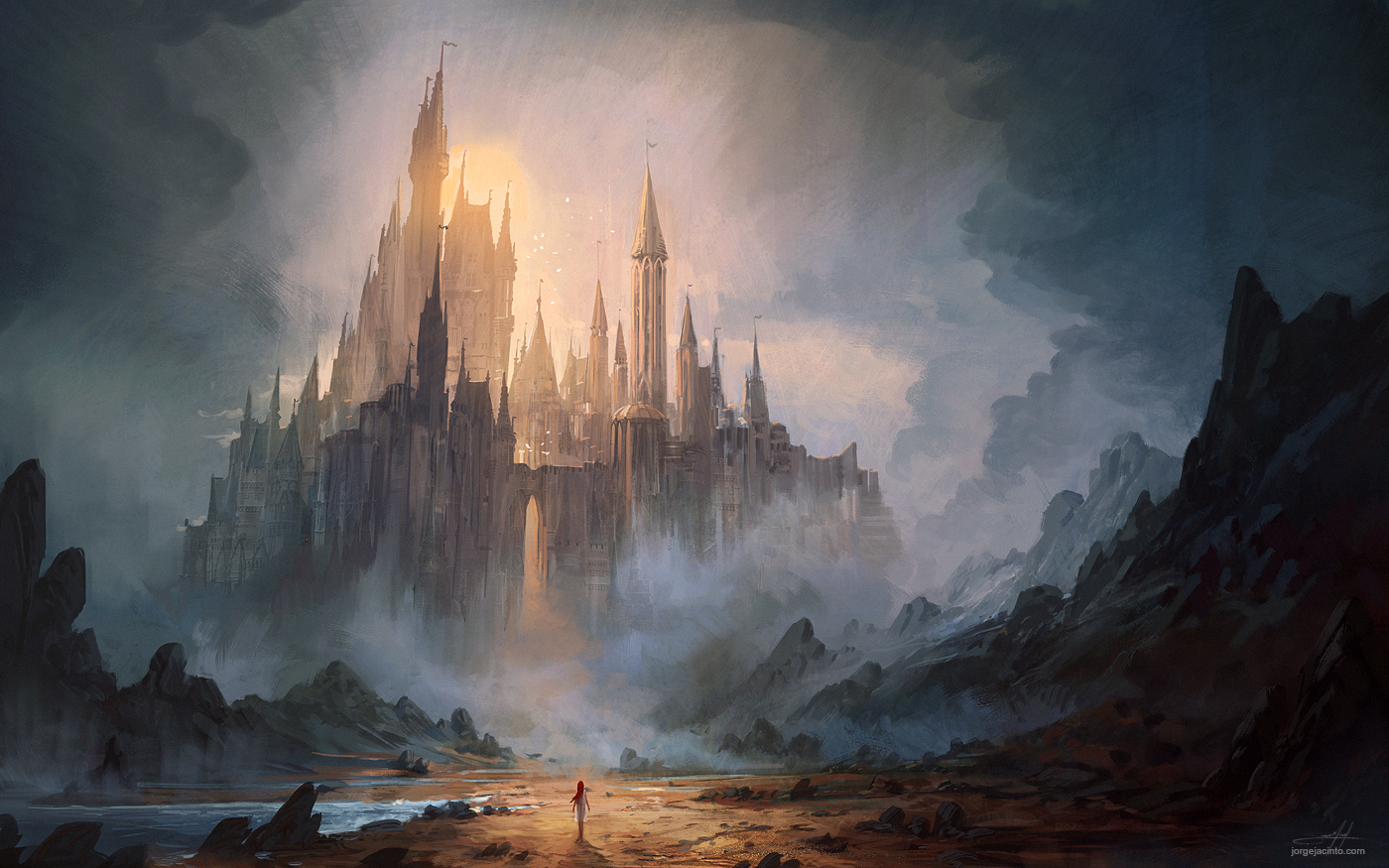 Watchtower is a monthly digest compiling interesting developments in speed, heavy, and doom albums on Bandcamp. to fit the theme of the site, these albums were chosen for their recent release and also for potential interest with people who are already adventuring in the worlds of fantasy. This month’s image comes from the talented artist Jorge Jacinto whose landscapes are made even more dramatic with the addition of small figures in its foreground. Looking through the artists webpage, one can see a fascination with Lovecraft monsters as well as the standard high fantasy aesthetics which are made even more stunning with excellent digital draftmanship.

Wow, I did not know these guys existed. This is sad since Ironflame seems to have been making decent and well received traditional metal for the past two years which aims for the middle between heavy and power metal. They are also from Ohio which I always find charming for metal bands since it is a modest place for heavy metal origins compared to Scandinavia. Locales aside, this is a fantastic album well worth anyone’s time who wants to soar on the wings of eagles.

I feel these guys have some of the better promotional pictures which looks like they went out to a rainy Pacific Northwest forest and got rained on but still had a fun time. Silver Talon is rooted in a traditional speed / heavy background despite some interesting flourishes with guitar work and vocal ranges. The twin guitar sound has the echoes of bands like rhapsody which is exciting given that Silver Talon is still yet unsigned and has nowhere to go but into this cloudy and rainy sky.

Now thatis what I call an album cover. What is even happening here? Some Skeleton beckons off screen for help in summoning or is it the object of the summoning? these are questions that surround a great release which is full of speed and occult vibes. Conjure is from Ecuador and they seem to have the whole dark speed thing down without any help or misstep in their aesthetic. Along with some gritty vocals, the main attraction for Releasing the Mighty Conjure is the guitar work which really allows the speed/thrash style to shine in darkness.

Who likes Motorhead? I know we all do. Who likes Motorhead at 3am in some gritty basement that is on fire? I know we all do. Black Jackal aims its car straight for the burning building of black / speed which already has its aesthetic and sound so there isn’t much experimentation to do with that bottle of whisky and cocaine sniffed off a switchblade so who cares…lets party. By the time you get to “Bedlam is a Knife” youll be picking fights with people bigger than you with a crazy look in your eyes.

SO i feel if the only drawback of an album is the recording quality or the recording quality not matching the level of potential from the music then it is a good place to start. Oath has everything they want to do already planned. From smokey guitar solos to a framework of NWOHBHM, Oath has their whole future planned and I am sure it will involve some sort of fog machine. This is a great demo (?) and I plan on looking out for their bright logo as a beacon in the future.