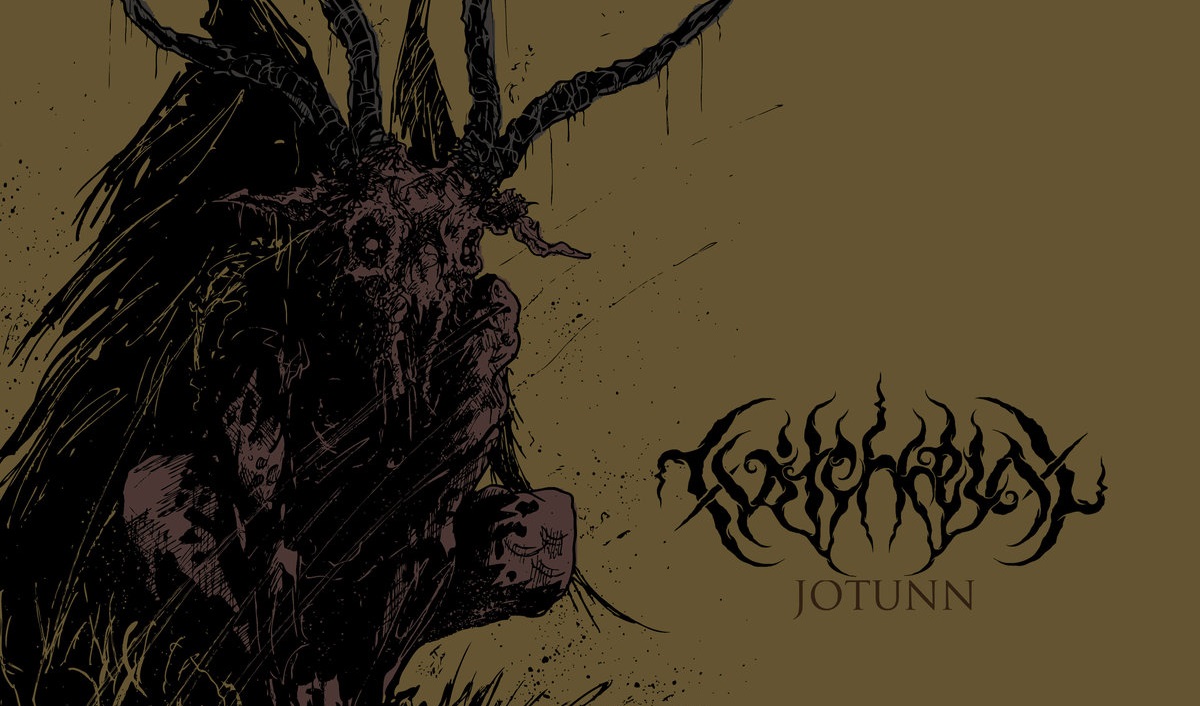 The problem with Witchhelm is that they’re almost impossible to talk about. Not because of some bloody Mary style curse featuring the diseased leshen of their cover art, but because there’s very little that can be said for their music that won’t turn to bullshit on your tongue halfway through an album. Like chameleons in corpse paint, by the time you’ve finished describing what they are they’ve almost certainly become something else. Other than pointing out their proclivity for long, jazzy and ethereal metal, they’re don’t seem big fans of consistency.

The first impression is of the slow, melancholic throbbing of stoner/doom metal, and this certainly has some merit, but it isn’t born through. “Wytchcraft” begins with undulating, distant, echoed lyrics that are cut short in service to a thick, heavy riff that smacks of classic rock more than anything else. The build, lyrically and instrumentally, is a slow, aggressive one more befitting of Black Sabbath than anything more modern, and it’s this groove into which the rest of the 9 minute track falls. The whole thing bears a strong resemblance to a slower Sabbath track (“Mr Crowley” or “Diary of a Madman” come to mind) before uprooting again into some strange, almost circus style prog-esque nonsense. Then there’s Jazz, heavy and gothic metal before the end. What’s so enjoyable is this consistent feeling of dissonance and completion, as each bizarre step forward blends what came before.

So far so good, but that lack of consistency bites them in the arse a bit too.

More than once that usually enjoyable slow thud becomes overly laborious. The steady drawn out build is as tasty as usual, but the discordant, incoherent mumbling that drapes its way over the first half of “Swamp Bitch” like a rotten dishcloth drags tone down from mustering to listless. Fortunately things pick up toward the end, with more active guitar and some decent growling vocals, but for a moment I was prepared to give up entirely. What works works, and what doesn’t makes you want to fast forward to when it gets good again.

To their credit, I never had any trouble expecting that it would. Aside from the occasional unusual decision this is largely a pretty good album that shuffles its way to greatness every now and again, twisting like a viper whenever you try to pin it down to a genre. That’s probably what I dig most about it.