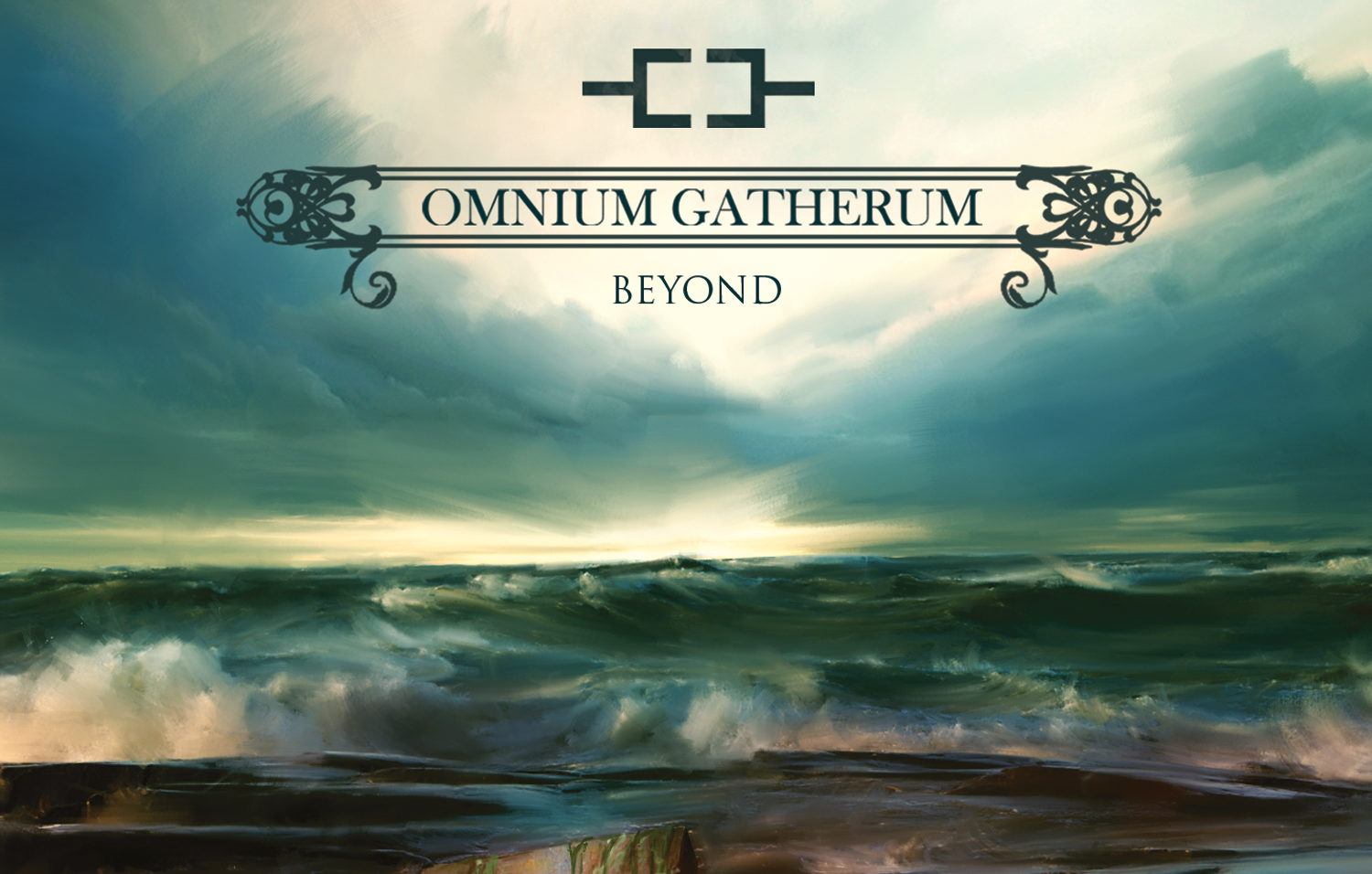 Yet another band who I sort of mumble their name whenever I speak or talk to others about. I may do internet searches by just pounding out “omnomnomnom gatherum” and waiting for the autocorrect to lead me in the right direction. We are back after some frightful excursions to Lightning Swords of Death’s satanic dungeon and Paysage D’Hiver’s hunting cabin next to the outer realm of non-being. Once again we are under red skies in the majestic glens of melodic death. A place where golden mountains shimmer like ocean waves at dawn. It is time to leave any descriptions of “alienating,” “dissonant,” or “abstract” and bask in the warm glow of the Elysian fields. Or Finland. Whatever.

Om-ni-um Ga-ther-um is a Finnish melodic death act who has been held together by two core members. Total Devastation drummer Jarmo Pikka and In-som-ni-um guitarist Markus Vahala. Outside of those two members, the band has switched out keyboards, bassists, other guitarists, and even vocalists. The instability of the lineup makes it difficult to compare their body of work but the closest relative to the band’s sixth record Beyond is 2011’s New World Shadows. As if urged by a greater cause, Omnium Gatherum is attempting to both predicate and build the future — a place where guitarwork and synth become fused together and everything sounds like music from Final Fantasy VII.

I enjoyed New World Shadows. Compared to 2008’s The Red Shift and previous albums, the new subtle style offered a more melodic and ornamented style. While synth has always been a part of the band’s style, the work in 2005’s Years in Waste feels merely formative compared to New World Shadows and Beyond. For a record marching under the melodic death banner, I see no problem in it moving at the speed of light and at the consistency of water flowing gently over smooth stones.

Beyond is a record with both shortcomings and strengths. Its strong points are in the complete melding of keyboard and guitar work. Beyond, like its predecessor, transcends time in its instrumental passages to create something that, oddly made me gasp in excitement. I already made a video game joke but the heavy use of synth / guitar echoes the soundscapes of Playstation, Sega Saturn, and Atari Jaguar. The instrumental sections on Beyond are absolutely breathtaking and more than deserve their right for attention. This contrasts sadly against the other less impressive aspects of the record.

The vocals from Jukka Pelkonen worked on albums like 2007’s Stuck Here on Snake Ways and even to some lesser degree 2008’s The Red Shift. But while I just mentioned the softening and refinement of the instrumental sections, the gruff vocals have increasingly become alienated from the sound. At points through Beyond the vocals feel stumbling between guitar solos and interrupt the album’s flow. This happened with New World Shadows and continues throughout Beyond. This is a shame because the range in distortion and the gravely texture exhibited by Pelkonen would be better complimented if it wasn’t for so much atmosphere of soothing rushing water.

Omnium Gatherum (first time typing that correctly) feels like a band in transition from a competent melodic death act into something more progressive, interesting, and possibly made of polygons. Though Beyond feels less sure of itself than previous records, it has not been until the band’s more recent albums where I have been able to find them in the vast melodic death glens. The cover paintings from onetime vocalist Olli Lappalainen is may seem incidental yet Beyond’s cover is striking and most importantly memorable. They are starting to become recognizable. Hey, it’s a large place and somewhere I wish to make my home. As long as I can get to Paysage D’Hiver’s hunting cabin from here I will be fine.