Weirdlings: The Best of the Strange in 2017 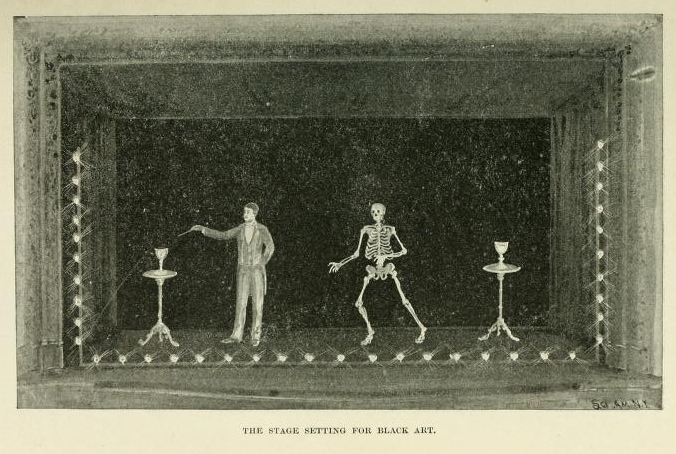 In the course of writing my monthly Dungeon Synth Digests, I try to arrange the sections from traditional to experimental. Overt the course of the year, the lower echelons of the digest have become a havent for all of the weird things I have found searching Bandcamp. Some of these are dungeon synth while others were tagged as dungeon synth as a split personality with other demons wrestling inside. I adore the weird and these records will remain in my heart as some of the more bizarre things I heard this year.
Over the course of this article, I have included some of my original thoughts on these records since I still feel the descriptions match. 2018 has just begun and I am looking forward to collecting oddities throughout the year.

Here it is. Perhaps one of the weirder and more delightful releases of the year and no one else is around to enjoy it with me. If you ever wanted to hear what church music sounds like on psychedelics, Pastoral Breakfast takes already imposing organ sounds and gives it unfathomable geometry resulting in something is alien and hypnotic.

This was one of my most played records of the year and for some reason, I have no idea why. Pastoral Breakfast is the spilling of of creative mind which doesn’t know any other way to express itself other than the wistful airs of calliope music. My original review of this record described it as church organ music on psychedelics and more and more I think eating mushrooms on a Sunday morning and going to church maybe the only logical avenue for things like this.

It is my belief that everything that occurs in life – both good and bad – should be used to forge oneself, to better oneself. If we give in to weakness, then we do not deserve the gift of life. Where Guthix sought balance in the world, I seek balance in oneself. One must strive to increase in power, but also in knowledge of how to wield that power.

This record was posted on the DS Facebook page late last year and though I didn’t get a full chance to listen to it all year, it probably could have stayed on repeat all year. A glorious mix of vaporewave and dungeon synth with Runescape being the aesthetic focus. Though everything I just said sounds like comedic parody, the reality of runescape.wav符文風景骨架 is that it travels to a specific time and place in blankets of haze without the meta baggage associated with vaporwave.

What Myra Siewert does that is different than a lot of musique concrete or even most drone artists is make things interesting as there is a surprise waiting around the eleven minute mark of the first track and by surprise I mean a horrible nightmare.

Drone is perhaps the most well known of the genres which act like standards surrounding this release. Lowercase, EAI, field recordings, noise, musique concrete, sit at a table with dungeon synth being a part of a much larger council. Together they create a hellish and transformative journey int he depths of nightmares. Mandalic Hallways is a wonderful experience given the patience for all of these genres. If the idea of distant alien chatter in dark hallways sounds like your type of party, lets get going.

Roman Master has been the source of great polarity as the project’s brazenness and fanatical devotion by its robed acolytes has caused a stir especially given the alien sounds of its releases.

I think I could write about multiple releases from this label as Moonworshipper is a literal manifestation of some wooded witch that comes out and steals the eyes of babies. Roman Master’s debut made a stir this year with a release that gives the same feeling as dragging long fingernails down a chalkboard while chewing on wigging centipedes. This was enough to incite criticism from some while undying loyalty from others who seems to worship at the altar of the strange.

Before traveling into these depths, I do have to point out I feel Roman Master’s second release in 2017 The Basilisk is a better record in terms of structure and sound. It is also more traditional. With that said, if people want to skip the line and go straight for the mind melting sounds of mental instability, madness lies over here.

With the second release by Hobbit, it appears this project is going to run the gamut of Tolkien based narratives which is both painfully normal in this music style but incredibly charming. This is pure escapism as it is the type of music which offers deep immersion but in a style one wouldn’t normally think to run out and share with the world. At the end of my life, it will be just me and Hobbit by ourselves in some Elven forest.

Hobbit’s first demo isn’t weird in a traditional sense though there are many layers of enjoyment which I found myself attached. Though the style of dungeon synth can reached from the polished and cinematic to the very raw and experimental, Leaving the Shire feels like a reset in terms of direction. Raw, underproduced, with charming flaws, this demo embraces the well worn subject matter of Tolkien like it is the first to do so and plays with an enthusiasm which is rejuvenating.

This year I found myself moving closer to the idea of bedroom synth or the aesthetic of flawed and under produced dungeons synth. While I still think finished and professional sounding records can be fantastic, there is also something magical about a record that seems to be produced for an audience of one.

What I enjoy about Einhorn and other dungeon noise artists is the willingness to explore further and potentially find something that lies on the other side of comfort.

Looking back at 2017, I can chart the progression of dungeon noise from nebulous idea being explored in a forum thread (http://dungeonsynth.proboards.com/thread/129/dungeon-noise) to a genre that people discuss both with passion and disdain. Tyrannt’s Tower is the earliest 2017 record for Einhorn who also operates the Tyrannus project. Though this maybe an unorthodox approach to dungeon synth with all semblance of consonance crumbling, the progression of thought throughout the 2017 discography from Tyrrant’s Tower to the Warden is a marvel to behold.

The lands of noise seem barbaric to some and even loathsome to others. Though Einhorn may not be the record I put on for a dinner party, I do appreciate how there are musicians willing to travel the depths and see where the line ends. I also appreciate those who do not care and have no need for coming back.

Somnus Reliquit details and devotes itself to the archaic and arcane prose of ancient Roman poets particularly their delve into dreams. It is a fascinating subject matter that is made ever more surreal with atonal dungeon synth.

Perhaps the reason why I am writing this article is to revisit things I loved and then forgot about a few minutes later. Somnus Reliquit was not a record I put on heavy rotation though the initial excitement for it still rests like a dungeon trap for anyone willing to wander into dark rooms. Supposedly based on arcane roman poetry, the actual historical inspirations for this album are less exctiing in reality as they are in represetation. Tarquinius was a king and Quintus Ennius was noted for his developments on Roman poetry. None of them have any connections to arcane sorcery from my research. This doesn’t matter. Though history is less exciting, the landscape of Somnus Reliquit constrcuts Roman history into a world of dark magic, nightmares, and hellish eternities and is something that is still as potent now as it was earlier in 2017.

Fortress of Mystery is a baffling castle made up up irregular angles and non euclidian geometry. Every aspect of this record does not proceed like one would expect hitting strange notes of discord and unease. This is the music of a mad king who plucks away at a harpsichord during the daylight hours and leads a ghastly band at night.

This is yet another record I loved, spent a week with and then moved to something else. Now coming back to it, I have fallen head over heels with the sound of a haunted palace which each olds special horrors in each of the rooms. Out on the concourse and all through the attics, the ghosts dance.

I do not think Effuvium ever intended to make dungeon synth but got caught running around with contemporary classical and noise music to really care what time curfew was. Symphony #1 is dedicated to Dimitri Shostakovich with a quote the feels like it is attributed to the Russian pianist but is another false flag in a theater of odd red herrings. Walking a line of experimental and apocalyptic sounds, Effluvium makes music much in the same way people wake up from night terrors.

Well, here it is. the last entry in an article collecting last entries. Dungeon synth is perhaps one of the things floating around the head of Effluvium as it explores nothing established or even conventional. Symphony No​.​1 is a rally call for all of the weirdos strange dorks, and people who do not mind when music gets turned upside down and spilled to the ground that used to be there.