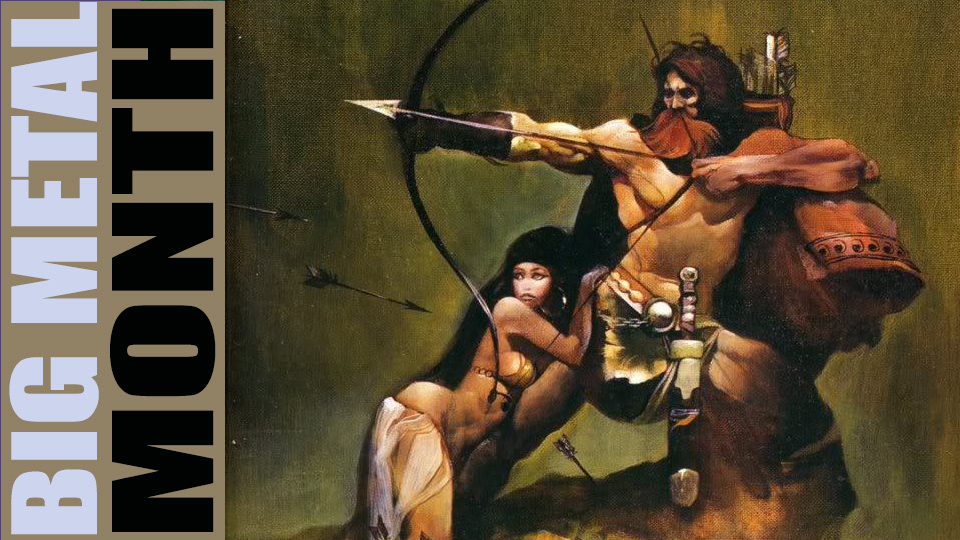 Adult Swim’s Singles series has been a pretty decent source for sub mainstream one offs from a variety of metal and non metal bands. In 2017, Adult Swin did 52 singles throughput the year from bands like Protomartyr, Thuindercat, The Field, Dinosaur Jr. and just about any band that was pulled from the collective brain of the hip listener. Pallbearer is up for a round following their well received 2017 record Heartless. Expect sullen dispositions and mournful congregations.

I do not think I dislike anything less that I do the new album cover for A Perfect Circle. It is not difficult since I give this band so little credit, I am almost hoping that it is a disaster at every turn. It is not fair but this is the fate for a band that needs to do little to receive praise from adoring Tool fans while they wait for a new Tool album. It is really unfair where I am starting and with that said, the obnoxiously titled “So Long, And Thanks For All The Fish” with its obnoxious lyrics is pretty damn catchy and I disliked them even more for it.

Seeing Candlemass last year at Maryland Death Festival was perhaps one of the best shows of the entire festival. House of Doom is the first single from the second EP featuring vocalist Mats Levén. For Maryland Death Festival, Levén did a fantastic job recreating the sound of original vocalists Messiah Marcolin / Johan Längquist and seems to be doing work reforming the identity of Candlemass as a formidable force in epic doom.

I do not know what to be more suprised with — the fact that Skeletonwith doesn’t sound like they did over the past billion albums or the fact their cover art isn’t illustrated by John Baizley. This re-branding after welcoming new vocalist Adam Clemans in 2016, seems to be shooting for something that isn’t mared by radioactive colors and crisp thrash logos. Lets get to it shall we?

I am going to throw my hands up and let At The Gates pass without much criticism. This Wedish band has done enough work in continuing their legacy away from their melodic death foundations that they do not seem to be resting on any laurels. Aside from disliking most of their logos, this band’s newest album cover is decent and well put together. Add to this some music that is well balanced and not boneheaded and I could turn a blind eye while this passes a very large gate.

Khemmis is still riding high on the release of their 2016 smash Hunted and by smash I mean internet famous. It is not hard to see why this heavy / doom sound wouldn’t ensnare metalheads and non metalheads alike since the sound is enough to capture interest. 20 Buck Spin and Nuclear Blast take care of the release and Khemmis celebrates a 100 dollar sound with a 10$ music video.