AYREON – The Theory of Everything 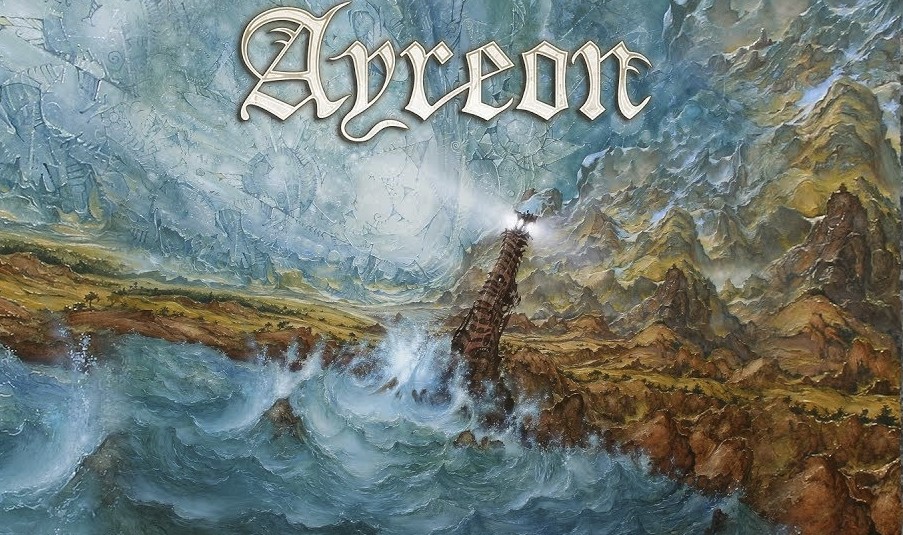 It has been five years since Ayreon has released the best album of the century. Wait. Strike that. Since the creation of music. No, not big enough. Since the beginning of time. I only seem to hear about Arjen Lucassen and his project Aryeon when fans flood the streets proselytizing unfettered genius. Everything about Aryeon sounds like a hyperbole and there is zero room for second guessing. There are no casual fans of Ayreon. Only believers and people who do not get it..yet.

To catch up, Aryeon is the a musical project by Dutch wizard Arjen Lucassen and Ed Warby that incorporates pretty much every progressive rock and progressive metal musician that has ever been categorized next to Rush’s Farewell to Kings. Ayreon’s albums cast musicians as roles in a narrative with strong implications of science fiction storylines. In fact, since 1995’s The Final Experiment to 2008’s 01011001, Ayreon’s albums have pretty much taken place in the same universe with similar but separate storylines. The Theory of Everything starts a new chapter for the band as it says goodbye to cosmic science fiction and turns to something more accessible — a philosophical journey into the mind of a savant reaching the conclusion of life’s mysteries. Yes, this is where we are for the day. You better call off work.

Assessing Ayreon is difficult because of the large and complex concepts that are always attached to them. If one was just assessing the music, they would still be left with a musical version of an interesting tangle of cords. Within the 90 minute running time, the listener hears the very talented main characters, Sara Squadrani from Ancient Bard and JB from the Swedish heavy metal band Grand Magnus, who carry the storyline through alternating tableaus of vocal narration dotted by a shit ton of segment changes. Though keyboard/synth has never been far from the center of Ayreon’s albums, the tone of The Theory of Everything embraces a traditional progressive sound. Hell, even Rick Wakeman from Yes plays for all of 50 seconds. With 11 different musicians and 8 different vocalists, The Theory of Everything constructs an over the top progressive playground with spectacular drama. Now that I know what it is, I may have to take a lay down.

It is important to note that preference plays a large part in how you will feel about The Theory of Everything. Much like the aesthetics of black, death, doom and power, progressive metal has a theme. If one is open to the idea of conversation through song and an ever fluctuating stage of sound, then The Theory of Everything is impressive. There is direction and reason for this record to exist and it is executed well for the style. The heavy retro synth is the album’s saving grace as anyone with a love for Camel, Genesis, or Starcastle can laugh a little bit with joy. with that said even the scope of the album and its density is something to be marveled. Certain key tracks including “The Lighthouse”, “Progressive Waves” and the trilogy “The Theory of Everything” are solid and cohesive stand alone numbers. With that said, anyone enjoying the two discs is most likely not here for the album’s casual nature.

So let us recap that progressive metal has a theme that is inherent to its style. While The Theory of Everything is a grand production deserving of much praise, its storyline is still a slightly ludicrous and sappy discovery of life’s mysteries as recalled by a prodigy who finds support through a teacher, parents, and a love interest. The crux of the story falls on the heavy burden of genius with much lamenting fit for a dramatic anime. With that said, it is expected at this point and we would not be here if not for the story. Much like cheap science fiction, westerns, and other pulp fiction, the thin storyline leads to the greater enjoyment. This is oddly a compliment. Smale scale and subtlety will never be a part of Ayreon’s vocabulary and a larger than a gaseous planet narrative is just what everyone wants. The whole production is so intense that one will either walk away or become its biggest supporter. Though the Theory of Everything only convinced me 20 percent of the time, it retains a charm that I can not deny.

Ayreon breathes in its own world. As said before one will either embrace this record or try to look the other way when approached on the street. Within the microcosm of progressive metal, it is an ambitious new chapter in the giant book written by Arjen Lucassen. For anyone already here, I fail to see how this is not going to be entertaining. For anyone who would be deeply offended by this record, it is not like you didn’t have warnings. If you own a copy of Farewell to Kings and a director’s cut of Bladerunner, you most likely will enjoy it.

Tags: Ayreon, Kaptain Carbon, The Theory of Everything
Categorised in: Metal