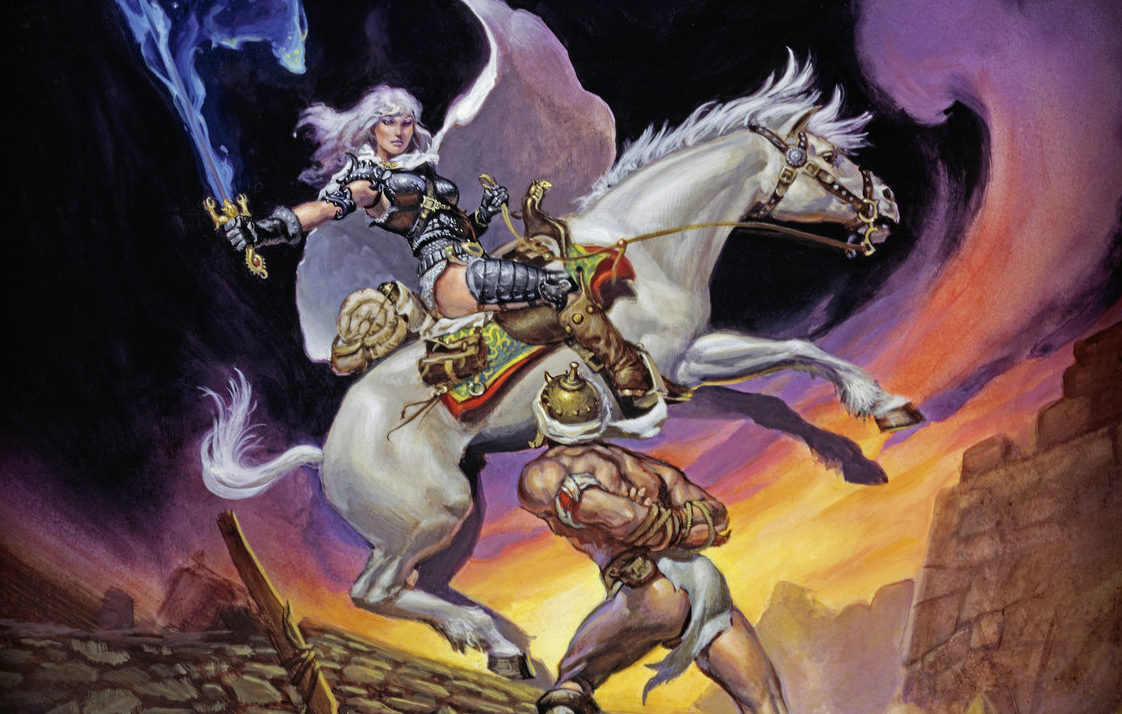 For the past few years, I have organized a quarterly top 10 for Reddit’s r/metal which consists of people voting for new records and tabulating positions. We do it quarterly to show movements among new albums and highlight records that stay strong throughout the year. We just had our Top 5 which yielded a large cache of new heavy and power metal. While the presence of heavy and speed among an internet forum could be due to the active participants, one could suggest the influence of traditional metal to be greater than past years. We have moved past the era where these albums are described as NWOTHM and have migrated to the pasture of traditional/heavy/speed being genres which sit along side black, death, and doom. It is the era where heavy metal can be as viable as anything else and not have to come with a throwback aesthetic. This is just heavy metal and made for people who can not get enough of this sound.

This is the second review on “popular” heavy metal records from 2019. Smoulder is a new band with Times of Obscene Evil and Wild Daring being their debut following a 2018 demo. If one needed any indication on where this band was headed, in terms of sound, then looking at their promo picture on Bandcamp and the Metal Archives reveals an array of shirts. Blood Ceremony, Rush, Manilla Road, and Brocas Helm as all seen worn by the band members which oddly all mix together in a potluck of influences which kinda makes sense when listening to the record. While there is a certain level of reverence for old masters of epic heavy metal, Smoulder seems to be doing its very best to strike out on their own in the dangerous world of power/epic doom.

I think out of many of the bands reviewed on this site, Smoulder perhaps fits the best aesthetically to the world of fantasy culture. The video for “Sword Woman” is taken from the 1983 Italian-Spanish sword and sorcery film Hundra starring Laurene Landon. Just looking over at the track titles, one is fully aware that this band has surrendered themselves to the spell of fantasy escapism. this is capped by the gorgeous cover by the art by Michael Whelan which sets the first tone for the entire record. Times of Obscene Evil and Wild Daring is going to be an experience which is best experienced by oneself with wild imagination and reckless sense of fun.

Smoulder is a heavy metal project which is led by Sarah Kitteringham; whose heavy metal pundit work can be seen on Sam Dunn’s Banger TV. Kitteringham has seemed to collide with other Canadian and American musicians ranging from speed metal enthusiasts to Tolkien dorks. The result is music that steeped in fun which is best experienced not taking things too seriously. While the music is fantastic, the lyrics for Times of Obscene Evil and Wild Daring can immerse themselves in pulpy formula to the point of being saturated and consumed. On “Shadowy Sisterhood,” Kitteringham sings “Evil sorceress clutches her staff / Gnarled hands, loathsome laugh / She will teach me this wretched craft / Glowing eyes loom, lighting the ominous path!” While reading lyrics can remove some of the context, the penmanship for the band is not their strength rather taking these banal lyrics and cloaking them in genuine doom and heavy metal. The record ends with the strongest track “Black God’s Kiss,” which stands side by side some of the band’s influences which are worn on shirts.

Overall, Smoulder is a band which seems to have come from various backgrounds and locations to escape into worlds far away. Times of Obscene Evil and Wild Daring may not stand out as much as the other heavy metal records of 2019 but works the best as an escapist underdog. Even if you just came for sword women, hypnotic solos, and classic riffs, you are going to have a great time.