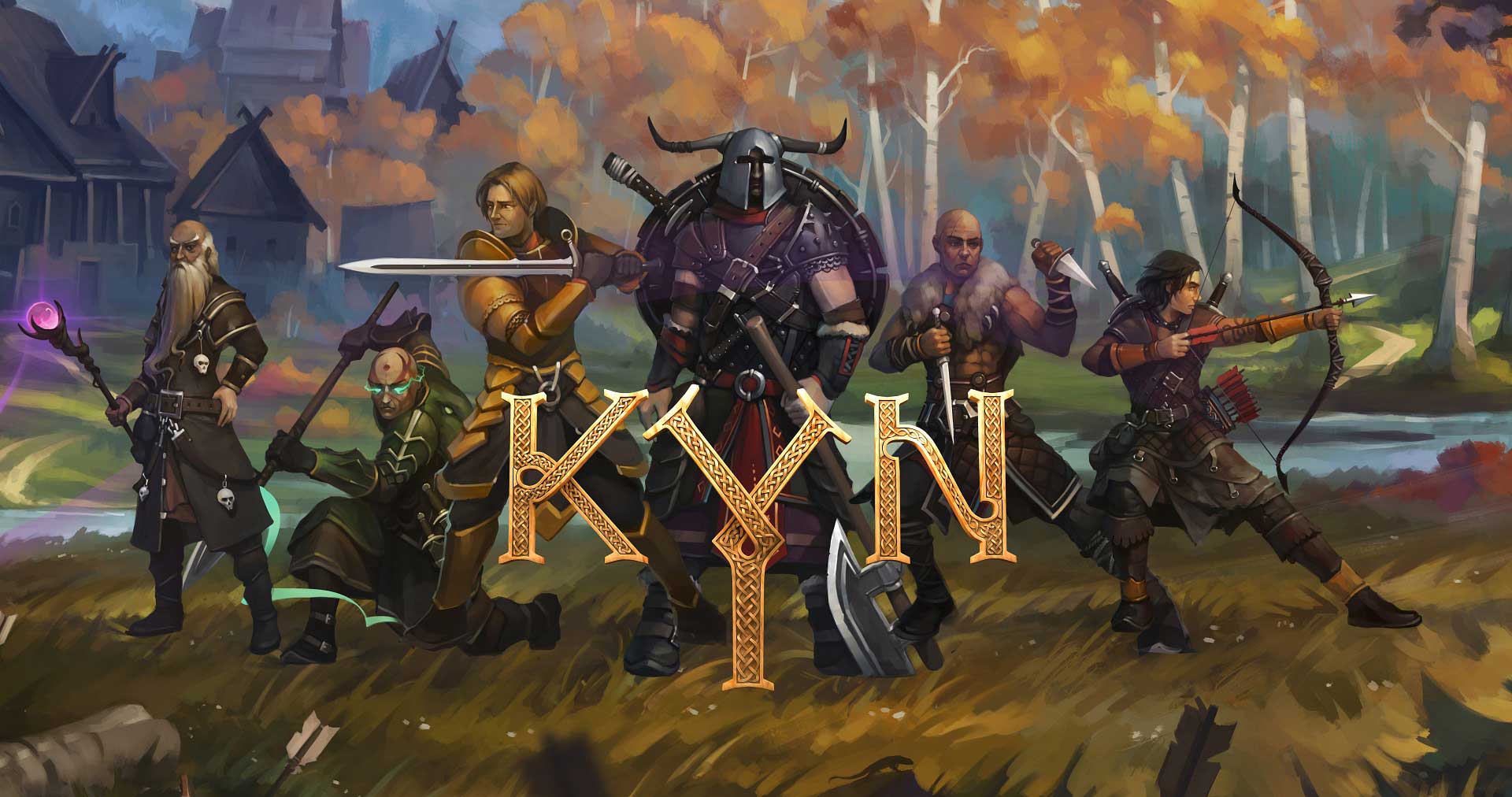 Kyn, (according to the eminently respectable website babynamespedia.com) has its origins in Japanese and English. I mention this because I Imagine the folk who made this game decided to call it Kyn because it sounded cool and vaguely Scandinavian and never really stopped to figure out if it made any sense.

I mention this because, having played the game, I wonder if that was their entire development style.

On paper Kyn is a simple strategy RPG set in a medieval, vaguely Scandinavian setting and covers the adventures of a pair of magical warriors. The twin protagonists Bram and Alrik are the newest warriors to join the legendary Magni, having only just emerged from their Dagobah-style cave of trials, and it’s their journey to figure out what they’ve missed that becomes the focus of the game, with a plot about inscrutable and occasionally evil elfish folk thrown in to complete the generic fantasy checklist. Those are the Aeshir. Kill them, or don’t. It doesn’t matter.

Incidentally, I’m positive Alrik and Bram are named such so you can easily differentiate them in your mind as A and B, considering everything else about them is entirely generic. This extends to the world around them that, while refreshingly bright and pretty, is shallow and absolutely devoid of any design aspirations beyond vaguely styled prettiness. Think Divinity: Original Sin without the personality.

Which isn’t to say Kyn isn’t inventive, only that it’s inventive in places you wouldn’t expect; the loading screen for example is a 3D render of the world map that’s explorable. It’s a remarkable bit of charm in a game who counts graphical beauty among its main strengths and a pleasant reminder of the bigger world around you. What isn’t so wonderful is the first time I was dumped into it the game bugged, leaving me trapped there without the loading bar or any way of knowing what was happening. It took me ten minutes of clicking randomly about, trying to find a location that would have me, before I quit the game and tried to look up a walkthrough that, of course, couldn’t help.

In the end I got past it by restarting, but the irritation turned out to be prophetic. Kyn is chock full of weird and easily broken features that are never properly explained in the first place. The first is levelling, where every now and again, and without any notifying of the player, points are added to a pool for your disposal. Using these is the main form of progression as you drop them into spirit, body or control, each buffing different aspects of the character. If this sounds like a totally basic RPG system that’s because it is. “But wait!” Says Kyn “What about if you could reshuffle them anyway you wanted, whenever you wanted?” the answer, of course, is that it removes any meaningful characterization. When a character can transform from a bloodthirsty but illiterate warrior to a loquacious mage between battles, it only serves to annihilate the feeling of meaningful development. It also means that every character has access to the same incredibly shallow skill pool. This would have been forgiveable in a class-based RPG with each having their own pool, but a system with what amounts to 9 abilities per 15 levels is absurdly minimalist, especially considering that, depending on your build of choice, only three will apply to you and only two are equitable at the time. It’s the kind of system that would have been acceptable in 1999, but ever since Diablo II a little more complexity has been standard. So kind of like Diablo III.

The combat system is unreasonably awkward too, with six characters and no ability to queue issue orders. This means you’re just going to want to maximize their auto-attack abilities and hope enemies stand close enough for the terrible AI to realize it might need to chase them. More often than not anyone stood more than five steps away gets free reign to hurl magic or fire arrows without your AI responding. This is only exacerbated by the fact that anything more complex than managing two characters requires superhuman concentration.

So I didn’t find it all that compelling. Aside from the pleasingly generic Viking sensibilities and the ridiculously well done art style, it’s a largely forgettable mess of ideas that don’t hold together in any coherent way. The worst of it though is that it reminded me painfully of Divinity: Original Sin just enough to long for a decent, complex RPG but not enough to scratch that itch. Thank God for Divinity II though, right?