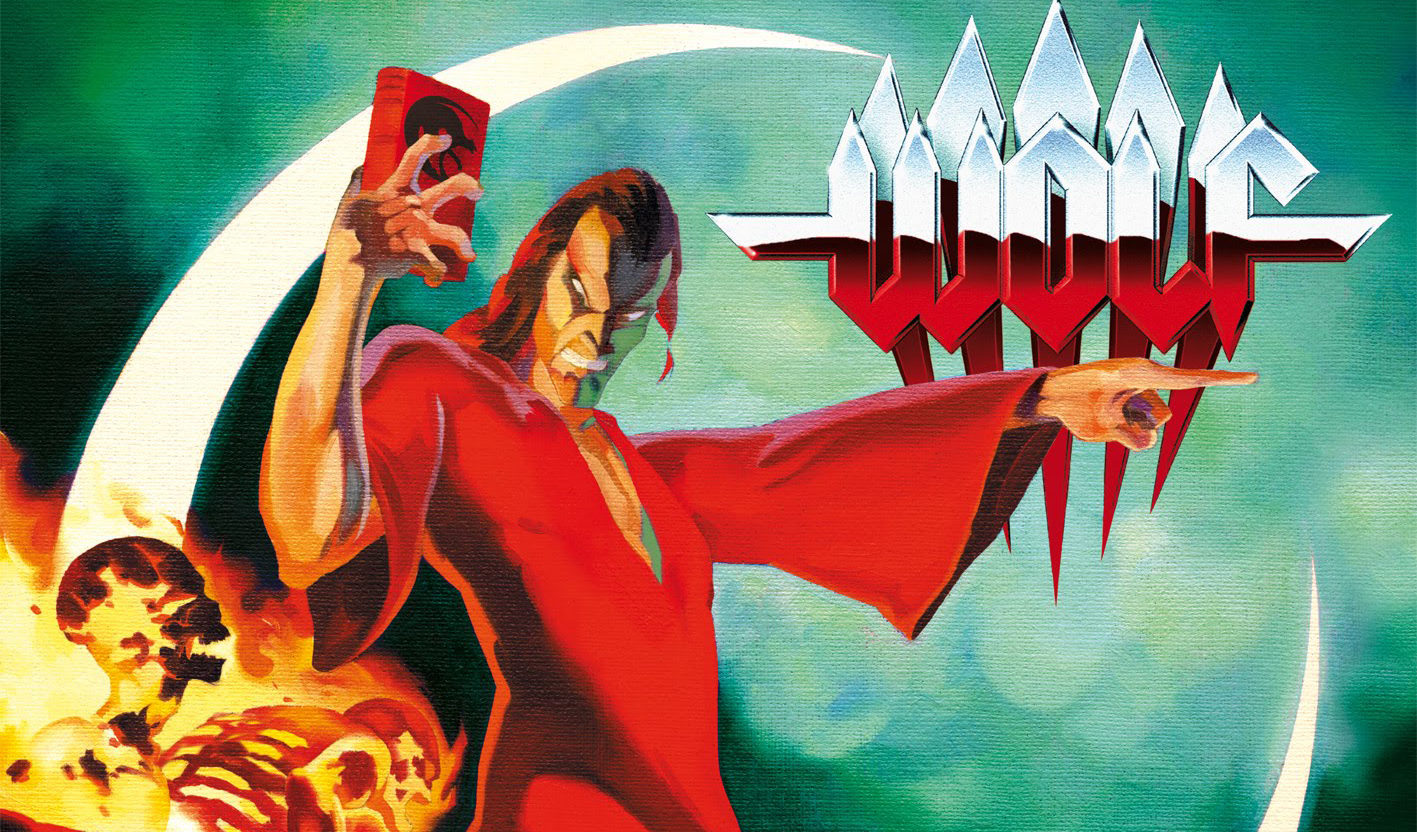 It can sometimes feel like an easy job, being a reviewer. There’s always a temptation to be overly harsh, slipping out of the shadows to smear somebody else’s favorite band with shit before disappearing like a faecally obsessed assassin. It starts to look a little worse when you consider we contribute no more to the world than a couple of interesting euphemisms for shit and the possible salvation of ten dollars. Occasionally it gets so bad that they’ll start thinking themselves important enough to compare themselves to an assassin, deluded into thinking they’re taken seriously, and then there’s only one thing for it.

With no further ado, readers, one of my favorite albums, Wolf’s “Legion of Bastards”.

I mean it. This whole thing is as close to perfection as I can imagine it, and I beseech you to outline the many ways in which I am stupid and tasteless if you disagree.

Musically, they sound something like a combination of 80’s Iron Maiden and Judas Priest, and while that’s a humongous fucking boast, they back it up. There’s a focus on the old-school, old fashioned way of doing it here, without the soulless “perfection” of over-polishing and unnecessary mucking about. It’s heavy and angry and deeply, grindingly uncompromising.

For me, that’s its strength. It’s full on throwback time, no thought given to forcing the genre into new and uncomfortable shapes like a contortionist in a car-crusher, but letting itself get comfortable in what sounds good to them. It’s metal in its boxers, can of special brew perched gently on a stupendous gut. Comfortable and confident beyond reason. If you liked old Priest, you’ll like this.

It’s fucking fun, is what it is. They’re not changing the world, re-writing the bible or fucking the Virgin Mary, but they don’t need to be. Other bands might need to re-invent themselves to stay relevant, but truth be told wolf barely has a “themselves” to re-invent. They’re almost like an avatar, a pure channelling of the greatest classics of metal, singing new songs in old voices, and that’s fucking rad as hell.

It’s also often grotesque; ripping subject matter from the most disgusting headlines of the day (the day being three years ago, so don’t be surprised if you don’t get too many of the references) about necrophilia and other, worse, shit. You might almost accuse them of glorifying it if you didn’t understand fiction, and unlikable protagonists. Also, this album is about bastards.

And not a few bastards. Not even a legion of bastards. Those bastards are going to need backup.

Legions, plural, of the fucking bastards.

(I’d irresponsible of me not to warn you, though. One of the song’s is about a rapist. He’s a deplorable fuckwit, a phlegm stain on the asshole of Satan, and it’s not a song glorying about him, but still, if that’s the kind of content that bothers you, you might want to jive “Jekyll & Hyde” a miss)

It boils down to this. You know how Maiden’s new stuff just ain’t their old stuff? You might consider it better or worse, but I doubt you’d argue it’s the same? Well, this is a band that never changed. Imagine classic Maiden, still putting out classic Maiden albums. That’s what Wolf is. They never jumped the leviathan, and they never decided simply being a metal band wasn’t good enough for them. They’re the perfect antidote to that whole bullshit malaise of “nobody makes music like they used to” because, fuck you, Wolf does.

And if I’m yet to convince you of the awesome lunacy of this band, check out the following video. In it, vocalist Niklas Stålvind finds a hard day at the tire throwing yard interrupted by a mysterious driverless car. Eager to resolve the mystery, the gang wheel it a garage and investigate but things quickly turn sour when the perpetrator is revealed; a haunted skull. It seems there’s nothing left for our heroes to do but smash it all to shit with hammers and walk wordlessly into the woods.