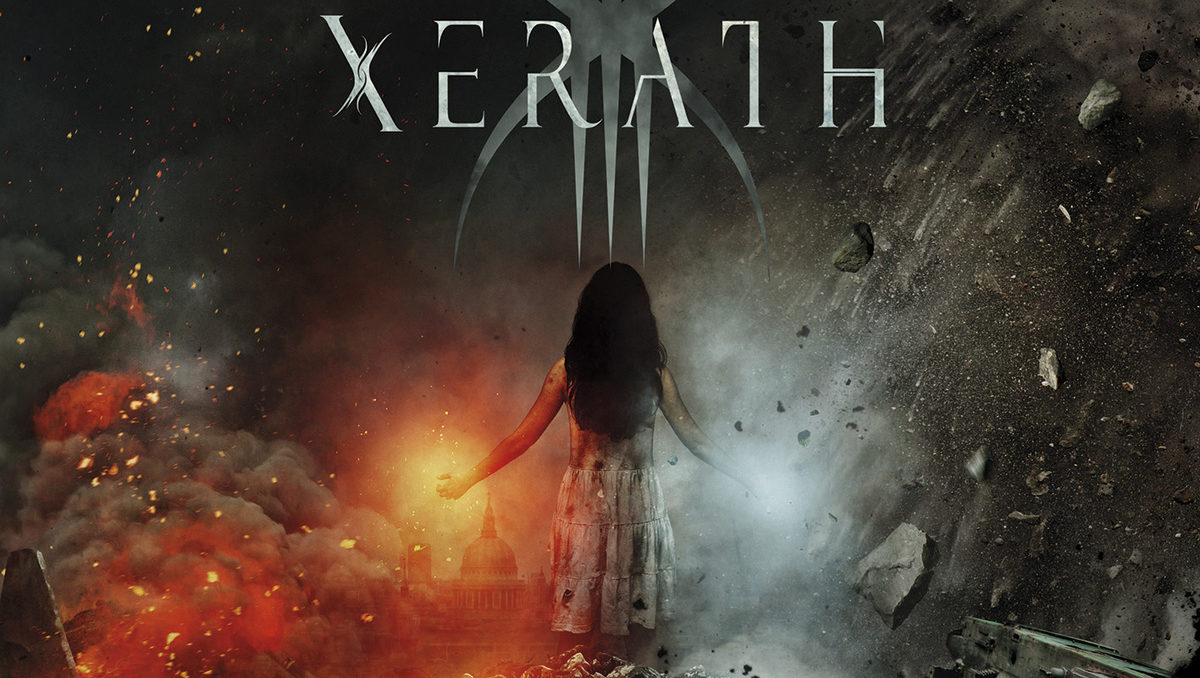 I wish I could open up this review saying that Xerath were a long-time favorite of mine. Admitting that this, their third album since forming in 2006, is the first of theirs I’ve heard almost feels like a sacrilege. I mean, these guys were award winners before they were signed, and they’re from the UK! And they were at bloodstock! These are my people.

But I can’t. What I can tell you is that, for approximately 4 hours now, these guys have been one of my favorites.

Despite originating in Basingstoke (a city every good English citizen will be able to tell you is definitely a place, and nothing else) and letting Count Von Count name their albums, Xerath’s III is one of the most interesting albums I’ve heard this year.

Opening with the harsh energy and symphonic quality of “I Hold Dominion” It lets the heavy metal hang out, gritty and interesting riffing accompanied by some Ki era Devin Townsend growling that sets a mood for epically charged head-banging. It’d be a good introduction to any album, and if that was all this album was you can bet I’d be recommending it. To their credit though, that’s not all that’s here. There’s some fairly serious experimentation with prog, death and an almost orchestral score to some of the songs, making this an album to remember. It plays like a soundtrack at times, a symphonic blast that twists and turns through genres and conventions, disregarding boundaries and customs in a consistently surprising manner.

And nowhere is this clearer than “I Hunt for the Weak”, A 4.20 song that transforms abruptly from symphonic, prog-tinted heavy metal into an 80s power metal ballad for the length of a solo and then back again when it’s done showing off. It might sound strange, but these are some of my favorite parts of the album, little nuggets of strangeness keeping the album fresh and interesting without ever feeling unnatural.

Oh, don’t get me wrong, there are missteps. “Witness”, the third to last song on the album, feels more like a re-hash of pre-trod ground than a new piece itself, though considering it’s the twelfth song on a 14 track album, you might not want to fault it too hard for sounding familiar. After-all, after an hour of beautifully complex, eclectically styled and tremendously epic music, it’d be forgivable even the greatest magicians to have run out of tricks.

Then you hear the last two tracks. Veil Pt1 and Veil Pt 2, oddly enough, don’t seem to follow each other any more closely than any of the other tracks on the album. They are both pretty similar in general composition, but it’s such a general similarity that they both seem more like different takes on the same song than they do a single cogent piece. None of this is a fault, though. Pt 1 uses choral singing and a graceful piano into to build to something strangely brilliant, a kind of epic tribute to Opeth, using the full power of their cinematic soundtrack style.

It’s Pt 2 that really takes it for me though. Opening with what I can only call classical violin (because obviously) it builds from the simple but masterful rhythm, blending poly-rhythmically with electric guitar, drums and everything else they could bring together.

And, just now, I’ve figured out how they go together. Veil Pt1 is the final battle of Grifghard, Daughter of Grifgharder as she makes war, bloody, bleeding and half-mad with pain against the vile sorcerer Arthole, Son of the serpent.

The second is the aftermath, as she wrenches the bloodied axe helmcleaver from the vile wizards face and looks out over the scorched plains of Tith, in the shadow of blackbone spire. And at last realizes there is but one thing she cannot kill. Her heart.

(There wouldn’t be a dry eye in the fucking house.)

If you’ve even half an appreciation for experimental, interesting metal and you, like me, don’t think the genre’s best times are behind them, you’ve got to at least give these guys a try.